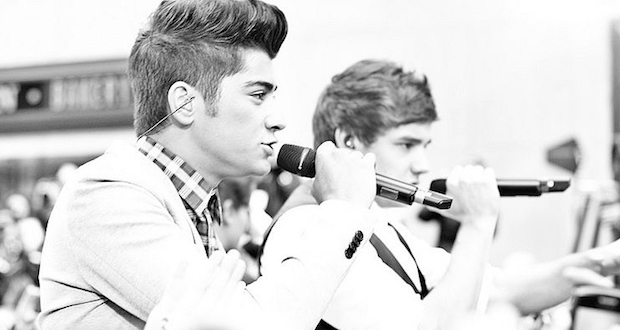 Students protesting about the Rhodes Statue at the University of Cape Town (UCT) have a new demand. According to sources within the UCT Senate, students have asked that the university replace a statue of the imperialist Cecil John Rhodes with a life-sized statuette of recently retired One Direction superstar Zayn Malik. The boy band are set to start the South African leg of their On The Road Again tour this weekend.

“They say that Malik has shown an interest in buying the Rhodes statue in his quest to be a normal 22-year-old,” the source said. “This is on condition that it be replaced with a statue of himself.”

UCT is said to be considering Malik’s proposition, especially because of the group’s positive image.

“One Direction is a hugely popular and successful UK boy band, followed by virgins everywhere,” the source said. “It fits UCT’s brand perfectly!”

But students say the decision to build a statue of Malik has to do with transformation.

Metamorphosis donâ€™t need your eye,
cos a life so fly did need to die.
This country wants to loosen change,
for God, Mandela, for heavenâ€™s sake
Is democracy nothing but a liberal take?

“I’d wash it all away for Ma-laik!” said Xolisa Mapungwa, 19, a philosophy student who has taken part in the sit-in over the statue at the Bremner administrative block.

Student protesters at UCT say it will soon be 22 years since the onset of South Africa’s democracy and there has been little change to report. They say they want the university to showcase the country’s diversity.

Abu O’Well is an almost an award-winning satirist with The Daily Vox. Read more of his writing or stalk him on Facebook.