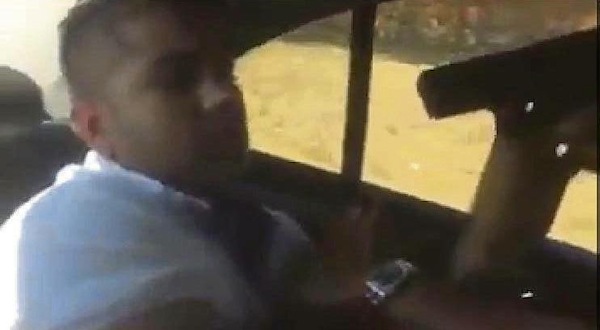 Police are investigatingÂ the assault and alleged kidnapping depicted in the â€œChicky Lambaâ€ viral video, even though the victim, Aadil â€œBrazaâ€ Osman has yet to lay a formal complaint.

The video, which shows three men intimidating, beating, and pointing a gun at Osman, went viral last week after it was leaked by one of the men involved. The attack, which was recorded on a cellphone camera, was viewed by thousands and passed along through social media networks like Facebook, Facebook, WhatsApp and BBM. Before long, it had evolved into an Internet meme, further increasing its reach online.

In the video, Osmanâ€™s main attacker, Shakeel Carrim, introduces himself dramatically, saying: â€œYou know me? Iâ€™m fucking Shakeel Lamba,â€ before threatening to put Osman in the bush and his family in his back pocket. Carrim believed Osman had been making advances onÂ his fiancÃ©, who is also Osmanâ€™s ex-girlfriend. The name was misheard as “Chicky Lamba” and so a meme, and surely a new nickname, was born.

The video went viral, but to what end?

â€œIf you look at what makes something viral itâ€™s when the initial author or publisher [of the content] has no control over it whatsoever,â€ MJ Khan, social media expert and online media manager for Sasol, toldÂ the Daily Vox.

Videos like this are not uncommon on the Internet. Privacy violations, humiliation and the potential for humans to be treated as characters rather than people are a common consequence. Osmanâ€™s attack, which included slaps and swearing at the hands of the bombastic Carrim, had people laughing and distracted many from the fact that they were in fact watching a violent assault take place.

â€œAt the time this was happening, I really thought I was going to die and have never been in a situation like that before,â€ Osman toldÂ The Witness at the weekend.

â€œItâ€™s even more humiliating now that the video is out. I havenâ€™t been sleeping well since the incident and it has taken a toll on my family,â€ he later told the SundayÂ Tribune.

Osman has suffered further victimisation as the video has spread but it has also alerted authorities of theÂ attack -Â one of his assailants is now inÂ custodyÂ andÂ police are currently searching for the other two.

â€œThe matter is under investigation and the suspects are being charged with assault, intimidation and pointing a firearm,â€ Laudium SAPS spokeswoman Captain Louise Steynberg told theÂ SundayÂ Tribune.

What began as entertainment buzz has turned into a true crime story. Khan points out that the viral video escalated the incidentÂ andÂ alertedÂ police to the crimeÂ andÂ simultaneously provided evidence. That sounds good, right?

But was the collateral damage of humiliation, the invasion of privacy and further victimisation worth it?

* An earlierÂ version of this story named the perpetrator of the assault as Shakeel Cassim. This has been corrected.