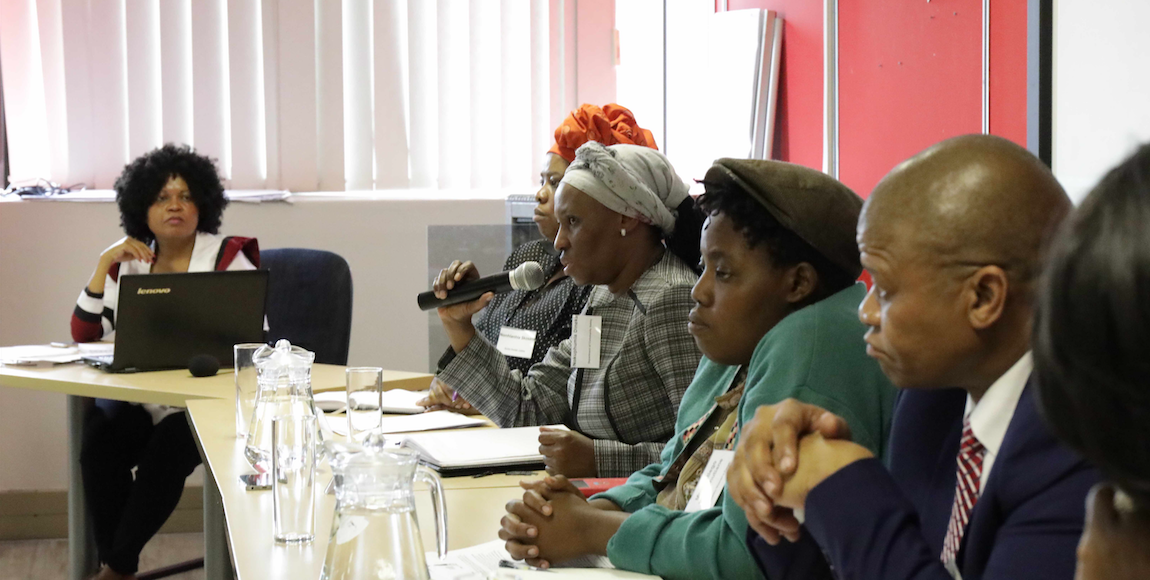 The real issue underlying the recent taxi rapes is that Soweto is violent place to live and that its residents are subject to structural violence. This is according to Mmakatheho WaMphutlane of the Soweto Womenâ€™s Forum.

â€œSoweto was started during apartheid to send black people there to kill each other. Our daily reality forces us to live in violence, â€ she said, adding, â€œthat’s why 20 years later we are sitting and discussing [these issues].â€

WaMphutlane was speaking at a panel discussion on the safety of women in public spaces, held at the Soul City Institute in Dunkeld on Thursday. The discussion was the first in a series of events being held by the Soul City Institute to address the safety of women in public spaces. This comes after several incidents in which women were raped by taxi drivers in Soweto.

WaMphutlane said Soweto women are trying to address the violence perpetrated against them, themselves. â€œIf we donâ€™t move, no one else is going to move in this country. We are going to always come to seminars and discuss us as if we are statistics, but we are human beings and we are living in Soweto,â€ she said.

A social worker from the department of community safety, Nokuphumla Nunky Dineka, spoke about the deficiencies in how law enforcement deals with rape survivors. Dineka related an incident in which a police officer questioned a rape survivor’s dress. â€œThe departmentâ€™s job is basically an oversight over the police services in terms of making sure there is no misconduct as attending to the cases of communities,â€ she said.

Bafana Magagula from the taxi association Santaco said they were trying to make taxis safer, although it was not easy. â€œThere is no way, we canâ€™t deny things happening at taxi ranks. Our responsibility is to teach them [drivers],â€ he said. Magagula said taxi associations were negotiating with government over how to regulate the industry.