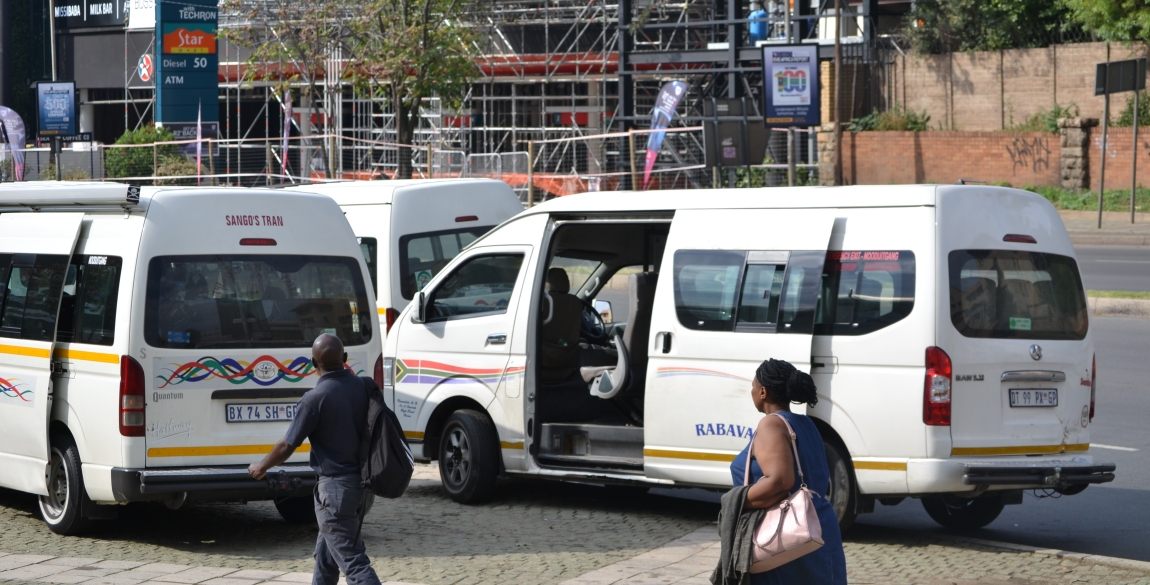 Even during the week of Human Rights Day, South Africans weren’t free of human rights violations. The #TaxiRape story – of a white Quantum minibus taxi that reportedly picks up women in and around Soweto and then robs and rapes them – was just one of them.

As horrific as #TaxiRape is – it will not stop women from taking the taxi on a daily basis. South Africans are reliant on taxis because they are a convenient and affordable means of transport. Women are no different, despite the additional safety threats they face on a daily basis.

The Daily Vox spoke to Johannesburg women about their safety and the sexism they’ve experienced when travelling in taxis.

Amina Gama*, 24, HR intern, Lenasia
I take a taxi three times a week. I use the taxis for convenience and because it’s affordable. I’m usually on a mission so I’m not really thinking about safety, especially in the mornings because it’s busy. I do get a bit worried in the evenings because it’s quiet. Some men feel the urge to flirt and most times one doesn’t say anything about it. You either ignore or be quiet. It happens all the time – it’s like taxi rank culture. Sexism against women at taxi ranks has been normalised. No one speaks against it. It’s almost one of those things. Men just feel entitled to comment or make a woman feel uncomfortable, especially if she’s dressed in tight fitting clothing or a miniskirt. Thank goodness I haven’t witnessed such an injustice [like #TaxiRape] against women in a taxi. But rape in taxis does scare me. Issues like this will make it difficult for women to travel and affect our social and economic well being.

Naledi Moses*, 23, student, Alexandra
I donâ€™t usually take the taxi at night because itâ€™s dangerous. I sometimes take the taxi in the day. If Iâ€™m alone, I feel safer if there are other women [in the taxi with me]. Or else, if thereâ€™s only men, I look at the floor and mind my own business. Once I was going home from class, it was in the evening – maybe six. I got off the Gautrain. I still needed to take a taxi back to my place. An Uber from the station to my place is maybe R38 and a taxi is R6. So I thought I should rather take a taxi. I was alone in the taxi with the taxi driver but everything was fine. He asked me how my day was, I said Iâ€™m a student. Just small talk, nothing serious. Then he started telling me women are bitches and his wife is giving him trouble. He started saying personal things about his sex life and it was so… uncomfortable. When he put his hand on my thigh at the stop sign, I just opened the door and ran. I didnâ€™t even care that it was almost the night. Us women, we are not safe. Even in the taxi, even in the street.

Sarah Khumalo*, 32, beauty therapist, Soweto
Firstly, the taxi itself is unstable. It doesnâ€™t look roadworthy. Then the treatment the taxi drivers give you is really below human grade. They dehumanise you all the time. Then the speed tops it all off, very unsafe. When I get into the taxi I pray. That is the first and foremost thing. We [as women] experience sexism all the time. This is a serious thing. As I said, the taxi drivers are the worst. The way they speak to you, they donâ€™t respect women at all. At all. They never did, they never will. Period. I used to take the taxi all the time, now I worked hard enough to be able to not take a taxi. [When I didnâ€™t have my own car,] if I never took the taxi, there was Putco.

Putco, letâ€™s not even go there. Theyâ€™re just unreliable, period. They get stuck everywhere. Now thereâ€™s Metros, thereâ€™s Rea Vaya and Uber. There are more options besides a taxi. I would prefer to use any other transport, besides a taxi.

How well SA men are holding it together this week #Spur #TaxiRape #Sesethu pic.twitter.com/ZctTHZEFnY

Patience Ndlovu*, 22, domestic worker, Alexandra
I read it [#TaxiRape] on Instagram. Iâ€™ve never heard of anything like that happening [to people I know]. I take the taxi because taxis are cheap. I donâ€™t feel safe in a taxi because bad things happen sometimes. We get abused by taxi drivers, whatever â€¦ so many things. Some other day I paid the taxi driver and after that the taxi driver said I didnâ€™t pay so we had a fight in the taxi. I ended up stopping the taxi and I walked home. It was in the day, luckily. Iâ€™m scared to take a taxi at night. So many things happen at night. Sometimes they can drop you where youâ€™re not going. You can get robbed when you take a taxi sometimes. Taxi drivers, they are rude. When everyone gets off the taxi, maybe youâ€™re the last one to get off you never know whatâ€™s going to happen. Like taxis are not safe. Its worse for women because at least men can fight for themselves, but us? Hayi.

#Sesethu #Taxirape #spur Black women on daily basis tryna get by in life like….. pic.twitter.com/kZba2vNW5v

Refilwe Vilikazi*, 21, student, Midrand
I use public transport everyday. I really do not feel safe as a woman using public transport because some days I have to leave campus very late. When I leave late, it’s dark and there are very few people. In most cases, the majority of the people in the taxis are men and in some situations I find myself being the only woman in the taxi. I’ve had many bad experiences in taxis.

One that I can think of right now is early this year I was in a taxi and I was wearing torn pants. I was sitting in the front seat and the driver made funny remarks about what I was wearing. I was just a joke in the taxi. He was telling everyone how women these days are very indecent when it comes to what they wear and they are very seductive to men. He even called me a whore – in Zulu though. He said I should dress more appropriately. I’ve heard of a story of a girl in Kaalfontein who was gang raped actually. She thought the people in the taxi were also passengers, only to find out she was the only real passenger. Taxis are very bad places. When I’m not too broke I take Uber – which is also not too safe but I think it’s better than taking a taxi.

Lerato Langa*, 52, nail technician, Hillbrow
Every day and night I take the taxi. Iâ€™ve got no choice, itâ€™s the only way that I can get home. Even if I donâ€™t feel safe, what can I do?