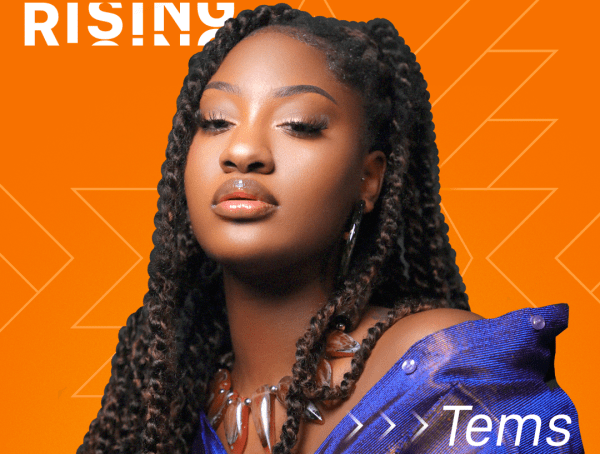 Afrobeats is taking the world by storm. It is about time we give the female artists a listen. Most of the global focus has been on Afrobeats and its sub-genres breaking into new countries and soaring its listener-ship. However, there needs to be an acknowledgment of the success of women in Afrobeats in the historically male-dominated industry. The Daily Vox team looks at some of the Afrobeats artists to check out.

Welcome to a new series on The Daily Vox: #TDVFridayRecommends. It’s the Friday Recommends series. Every Friday, we are going to be sharing something we would like to recommend or unpack to our readers. This could be a book, movie, restaurant or even an event.

The 25-year-old Nigerian born artist was first heard by the world in her debut single in summer of 2018. Since then her smooth languorous alto voice and laid back cadence has found her a place in the hearts of many avid Afrobeats and Altè Cruise (alternative Afrobeats sung in a soft r&b style) listeners and non listeners alike. Tems is currently trailblazing through the music industry and is possibly one of the biggest female artist exports we will witness.

Many would find it interesting that the artist lived and studied in South Africa at Monash University, obtaining an Economics degree. She then moved on to pursue a career in corporate finance. In an interview with Afropunk, she stated: ” I just had a very strong feeling that I wasn’t meant to be there.” She explained “I literally got a new year’s message about taking a leap or something like that and I just remember thinking, you have to quit your job today.”

Aren’t we just glad she did?

You can listen to Tems on her albums For Broken Ears, If Orange Was A Place and her features with international artists Future, Beyoncé and Drake.

It is currently Fave season right now and those who love Tems will definitely fall even more in love with the 21-year-old Lagos born artist. Her singing style is similar to that of Tems, however she has a unique raspy flavour to it. Her tone goes a  little bit deeper and incorporates smooth reggae style  and rhythm to her music which is refreshing to hear. Godsfavour Chidozie is rising as an Afro-fusion singer and songwriter with a fan base growing with every TikTok feature.It is only a matter of time before we see her on the world stage. She signed to emPawa Africa, a record label founded by African  music star Mr Eazi in November 2018. She first hit the spotlight when she sang over a beat by popular Nigerian producer Jinmi Abduls.The clip of her spread like wildfire and she has since then released a banger of an album titled Riddim.

Beware of going down the Fave rabbit hole once you listen to her, you might just end up obsessed.

A prime Nigerian music wildcard,Arrya Star is at the forefront of the  country’s next music generation. At just 19-years-old, the singer has been revealed by music platform Shazam as One of the top 10 artists to watch in 2022. Her hit song Bloody Samaritan blew up so much that it led to her being a global sensation in the ears of much of the young African diaspora. Her recent offering titled 19 and Dangerous was released in 2021.It is a genre-blending album that marries elements of Afropop and some soul.

In the album she explores themes of relationships, betrayal and self-assurance. Listening to her makes you reminisce on the chronicles of transitioning from adolescence to adulthood. In an interview with Apple Music she said:  “One day, it just struck me that I’m not scared of failing, I’m not scared of mistakes—I’m ready to work hard to get to where I want to.” She told Apple Music: “No matter how much I fall, I’m prepared for it. When you know that you’re not scared of mistakes, you become dangerous, because you have nothing to lose, really. I’m 19 and I’m dangerous. I’m ready for everything.”

She is bold and unapologetic- traits we all need to possess. It is going to be a pleasure watching her grow into one of Africa’s superstars.

As the daughter of Ghanaian Highlife artist Nana Acheampong , it is safe to say the apple didn’t fall too far from the tree. Gyakie captured my heart the first time I listened to her on her hit single Forever. The ballad is  warm and upbeat  and on it the singer wears her heart on her sleeve and proclaims her unwavering devotion to her love. She took social media by storm and before I knew it she had become a staple listen. Gyakie brings a certain level of sheer and honest vulnerability in her music. The 23-year-old paints love, emotions, growth and pain in such a way that anyone can relate. Her influences of jazz and highlife are clearly an inspiration from her father. In her recent offering titled MY DIARY she serenades both the young and the old.