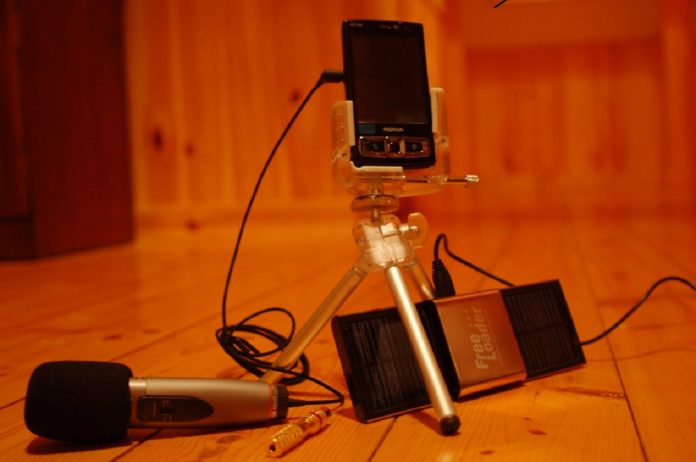 The Daily Vox (TDV) started its journey as South Africa Votes 2014. Co-founders Azad Essa and Khadija Patel wanted to cover the 2014 election in a way that was different than traditional media outlets seeing that it would have been the first election counting the votes of the ‘94 ‘born-free’ generation. They wanted to amplify the voices of young South Africans. With positive feedback and fundraising, the election project turned into a news outlet. And in 2019 TDV hit a milestone of existing for five years, no small feat for a media start-up in the tough South African landscape. A big part of TDV’s endurance is the team of dedicated people have been pushing this dream forward.

A big part of this team are the original journalists who joined TDV at its inception: young, bright-eyed, and brimming with stories. To celebrate our birthday, The Daily Vox team spoke to Pontsho Pilane, Aaisha Dadi Patel, and Raeesa Pather.

I found out about TDV through Aaisha Dadi Patel whom I was classmates with at the time. Prior to that the co-founder Khadija Patel had given a guest lecture in that same media class. She spoke about how as young, aspiring journalists we must not shrink ourselves to fit into the newsroom and follow the status quo, we should aspire to represent young people. I remember asking Khadija what she was doing at that moment about it. A few months later, Khadija called me the night before to ask me if I could cover a story with them the next day. That’s how I became a member of TDV team.

When I started, we were still known as SA Votes. My biggest experience was the first story I covered. I went out with Khadija and Azad in Bekkersdal to follow the trail of Nomvula Mokonyane and Winnie Mandela who were rallying votes there. Azad asked me to do vox pops. When I wrote it up, I wrote it like a story because I didn’t know what vox pops were. It was a bit embarrassing but I was a student, not a reporter. Azad and Khadija were so gentle with me and I didn’t feel silly or stupid for making that mistake. Being at TDV is being nurtured into becoming a journalist and writer with your strengths and weaknesses focused on.

When we talk about TDV it’s difficult not to mention Fees Must Fall (FMF). What stands out for me regarding FMF and TDV is not what started happening on October 14, 2015. It’s the two years before that: the vox pops we did with National Student Financial Aid Scheme (NSFAS) students, the video hangouts we did with vice-chancellors and student leaders. Barely anyone was watching but we kept doing it. We were unknowingly preparing for the biggest story of our lives. Till this day I go back to that experience. It taught me one thing: if you say you want to report on something, consistency is the currency that matters. We reported on it before it was sexy and that’s why we were the leaders of the pack on reporting on student issues and FMF in 2015.

The biggest part of TDV evolution for me would be to train more young journalists in rural areas, incorporate a more decentralised voice, focus less on urban and more on rural communities and to see what young people in those areas are battling with. It would be to be cognisant of the fact that young people do not necessarily mean university-going people. It would be to try and incorporate finding ways to empower and also represent their ideas and thoughts about what is happening in society.

I was a part of the inaugural South Africa Votes 2014 team. When that moved forward and the team, which I was a part of, was trying to figure out what to do with the platform and audience we’ve established, I was part of that too. TDV was born. That was where and how I started with it in 2014. I was at TDV until mid-2017, full-time at least. I’ve been in and out since.

When I first started it was hectic. There was so much going on. There’s a lot of work that goes into building a platform. We were a small team with limited funds and a lot of work to do. Sometimes it seemed like thankless work. It seemed like no one was reading our stuff, it took a lot of energy and love and effort to build our platform. I remember I would walk around, literally, in shopping malls with my iPad in hand doing social media.

There were so many particular experiences that stood out for me when I was part of TDV, especially when we were lauded. We got recognition for coverage of student issues, coverage of normal, everyday people and just lending an ear to people and hearing what was going on in their lives and the ways in which sometimes our writing could help them or make things better in their lives.

I would definitely like it if TDV could continue to be authentic and true to the vision that this thing was born out of: to honour the voices of those who are, as Arundhati Roy said, “deliberately silenced” and elevate that. I hope TDV could continually do what it can to give platform to these people and remember to be humble and to keep on telling stories. The main thing to remember is that at the heart of everything, there’s a story.

I began working with TDV when it was still known as SA Votes 2014. At that point, we were just a small group of people who had come together to cover that 2014 national elections. After the elections, SA Votes grew to become TDV and that was how I started to get involved.

At first at TDV, it could be quite intimidating. I was still new to journalism and learning the ropes of how to do interviews, network and meet people and the basics of how to approach a story. Those first few months were just about learning and growing my skills and being mentored by a team that included Khadija, Azad and Faranaaz. Faranaaz was particularly influential because she wrote with us on a day-to-day basis and looked at our stories and got to know how we work so that we could improve with her input and advice.

The other experience was, of course, FMF, but at the University of Cape Town there was a precursor to FMF known as Rhodes Must Fall. And during the RMF protest, students at university were essentially demanding that the statue of Cecil John Rhodes on campus must be removed. It was the first mass protest at UCT of that kind in the democratic era. It was quite invigorating and riveting to see that movement of students come alive after so many years.

I would love to see TDV grow to become something that has more of a presence in the media today and amongst various audiences and readers. That would be incredible because TDV does work that is important. An example of that is the recent work on sexual harassment allegations at BDS South Africa which, before TDV was publishing those articles, no one else was really doing. If the platform can grow, have more staff and the articles can be more widely read and there can be more skills development through TDV, it would be very important for youngsters and readers in South Africa.