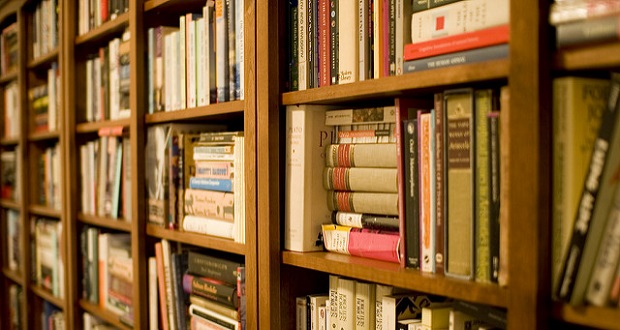 Itâ€™s that time of the year again when we start taking leave from work and university holidays are in full swing. What better way to relax and while away the hours than with a good book? 2016 has been a good year for bookworms – from some really interesting autobiographies giving us insights into our favourite famous figures, to riveting novels from local writers – this year has had a bit of everything. The Daily Vox team has rounded up some of the best reads of 2016 to put on your holiday To Be Read list.

1. My Own Liberator – Dikgang Moseneke

Former Deputy Chief Justice Dikgang Moseneke released his autobiography in November. It is an interesting read which not only traces Mosenekeâ€™s own history but also the history of his family and the country. He gives his own thoughts into events that have taken place in our history. Moseneke has said that, â€œMy hope is that those who read it, it will help them and become your own liberator. And help collectively for all of us to become liberated.â€

In the aftermath of #FeesMustFall2016 and as we await what next year brings in the fight for free, decolonised education, this book provide some valuable insights.

2. Born a Crime and Other Stories Â – Trevor Noah

Born a Crime and other Stories is one of South Africaâ€™s most famous exports, Trevor Noahâ€™s autobiography of sorts. Containing various anecdotes and stories from his childhood, Noah relates the influence his family have had on his life, especially the positive influence of his mother. While the title might seem unusual, anyone familiar with South Africa and Noahâ€™s own history will understand it immediately. Itâ€™s an engaging and fascinating story that will surely draw you in from the first page.

3. Torch Against the Night – Sabaa Tahir

The young adult genre of late has been revolutionised in a way that makes stories more appealing to a larger audience than every before, and more diversity in characters. That is certainly true for theÂ second book in Sabaa Tahirâ€™s four-book Ember series. The Ember in the Ashes released in 2015 and was an immense success, which looks to continue in this edition. Set in a world that has elements of Rome and the Middle East, the fight by the a soldier, Elias and slave, Laia will leave you devouring the book in one sitting and eager for more. (Though you should read the first book first though to get caught up on the world of Ember).

Mohale Mashigoâ€™s The Yearning is a fascinating book delving into past as well as a look at personal strength and courage. It is a story about Marubini, a young woman living and working in Cape Town and the changes that her life undergoes as secrets from her past are revealed. Mashigo has said that she wrote this book because so many stories have been lost and she doesnâ€™t want that to happen: â€œI donâ€™t want the same to happen to our stories. Every story and every voice matters, and thatâ€™s why I want black writers to keep writing and tell their storyâ€. So if youâ€™re looking for a compelling South African story, this is definitely it.

Mohale Mashigo on how writing and storytelling keep her alive

Affluenza is Niq Mhlongoâ€™s first collection of short stories which released early this year. He had previously written three novels. In his short stories, Mhlongo tackles many everyday and real-life situations that face South Africans such as xenophobia, HIV/AIDS, land redistribution, economic inequality and crime. The Daily Vox reviewed Affluenza, if you aren’t yet convinced: â€œAffluenza will fill you with a range of emotions as you read, ranging from anger and sadness to happiness. It faces head-on the realities that people go through, reflecting the good and the bad. When it comes to South African fiction, this is one book that truly reflects the state which the country is inâ€.

If history and historical fiction are more your cup of tea then Homegoing is definitely the book to read this holidays. Itâ€™s a story of two sisters whose lives are both affected, albeit separately, by slavery in 18th century Ghana. One sister is sold into slavery while the is married to the slave master. The book traces the journey of the sisters through their descendants: one part follows those who have to deal with British slavery and colonialism in Ghana, while the other part deals with those who live in America. It is an incredibly rich story and a well-written debut novel that will make those long summer days seem quite short.

This might seem like a heavy read for the holidays, since it’s about the investigation into the rogue unit operating within the South African Revenue ServicesÂ (SARS). The two authors of the book were both senior employees of SARS until the mess of 2014-2015 at SARS took place. This book became No.1 on the South African book sellerâ€™s list and despite being a true story, it reads like something out of a crazy detective novel. If the past yearâ€™s politicking about around Pravin Gordhan, President Jacob Zuma and the Hawks has confused you, this book is ideal as a way to catch and make sense of the madness in your off-time.

Zadie Smithâ€™s latest offering, Swing Time is a brilliant look at the journey of two girls and their friendship. Both girls are dancers but while the one is a talented dancer, the other is more interested in dance and black bodies and black music. Their friendship ends in their twenties but those roots never go away and impacts on their life in many ways later on. The book looks at race and class and while it is set in northwest London primarily, we’re sure much of the book will resonate with South Africans and make for an intriguing read this holidays.

9. #ZuptasMustFall and Other Rants – Fred Khumalo

Journalist Fred Khumaloâ€™s latest offering is a collection of writings on South African politics, history and current affairs. If this year has just been too much and you need a break from it all, this book is perfect. An interesting blend of entertainment and information, Khumalo tackles all sorts of issues, ranging from the serious to trivial. He looks at race and class in South Africa as well as ways to move forward. So grab the book and spend the afternoon, as one reviewer put it, having a â€œdrink from Fred Khumaloâ€™s cup of wisdomâ€.

10. The Rose and Dagger – Renee Ahdieh

The second in a duology, The Rose and DaggerÂ which released earlier this year is a reimagining of sorts of Arabian nights. In the first book, The Wrath and the Dawn, the main character , Shazi marries the king to get revenge on him for killing her best friend. Now in the second book, having discovered the reason for all of the kingâ€™s secrets which is terrible curse, Shazi and the king must try and break it. This is a nice holiday read because along with the first book, The Rose and the Dagger is an exciting and unique read with draws you into the world and also comes to a thrilling conclusion.

We hope youâ€™ve enjoyed our list of holiday reads and if you do read any of them this holiday, let us know what you think. Are you reading anything else that’s not on this list? Comment below or tweet us @thedailyvox.