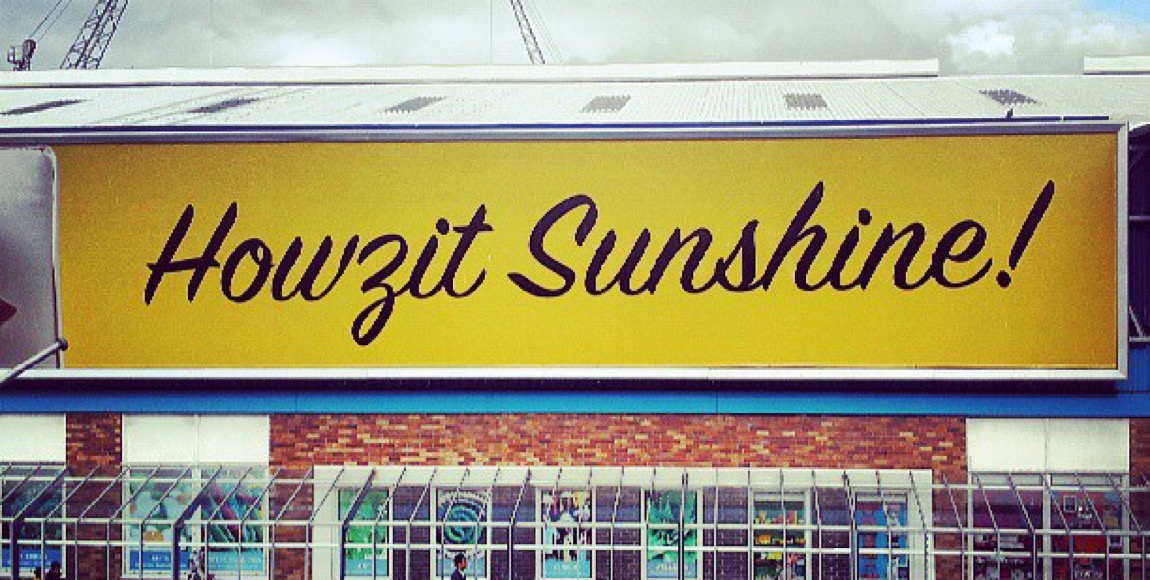 2016 came to an eventual end – and we could not be happier. So far, the start of the year has been relatively smooth sailing – summer is in full swing, we made it through Januworry, and we got a bit of rain – and we hope that sets a precedent for what else is to come in the course of this year. And so, to kick us off, here is the very first 2017 edition of why South Africa doesn’t suck right now.

On 12 January 2017, Hashim Amla played his 100th Test match when the Proteas took Sri Lanka at The Wanderers in Johannesburg. The Proteas made 338-3 at the close of play, with Amla unbeaten on 125 at the Wanderers Stadium.

Soon after he hit his stride on the pitch and became a household name, Hash supporters appeared at stadiums sporting fake beards and dubbing themselves â€œThe Amla Armyâ€. The fervent support Amla has received has shown what a prolific player he is. Amla’s many accolades and his importance to the Proteas and South Africa as a whole trump his current performance. Getting to 100 Tests is nothing to scoff at, and this is evident by the adulation and appreciation the Mighty # has received from fans, teammates and opposition.

A R400 million waste-to-energy conversion plant – the first of its kind in Africa – was officially opened in Athlone, Cape Town, with high hopes of reducing the city’s landfill sites and creating jobs. According to mayor Patricia de Lille, the city wanted to give the citizens of Cape Town greater choice on what type of energy they wanted. In a move towards making the energy sector greener, this sounds great, and it’s going to be cool to see if other South African cities can follow suit.

Nando’s never fail to grab our attention with their witty posters and campaigns that make cheeky comments on politics and current affairs – and the brandÂ did it again recently, when the US branchÂ of one of South Africa’s best-loved franchises reminded us of their good ol’ hospitality and wit. Ahead of Trump’s inauguration on 20 January, it put out a poster saying that “everyone is welcome” – listing groups that Trump has pledged to persecute through policies, such as homosexuals, Muslims and immigrants – and committed to donating 50% of all proceeds from 20 to 21 January to the DC Central Kitchen.

The film tells the story of three Xhosa men whose lives intertwine while undergoing the traditional Xhosa initiation ceremony. Lead actor Nakhane TourÃ© told City Press it’s important that these stories are told. “These are our stories. Sometimes when people canâ€™t relate they go to anger â€“ itâ€™s understandable, itâ€™s their culture â€“ but it takes a lot of individuals to make a culture. Itâ€™s telling the truth, a particular kind of truth, yes, but a truth that someone, maybe many, have experienced.â€

The film was nominated in the world dramatic category â€“ the only film from Africa to be nominated this year â€“ and reportedly only the second South African narrative film to be screened at the Sundance Film Festival in its history.

THE WOUND TRAILER: URUCU MEDIA https://t.co/4EhhwbIQVf via @YouTube – this is THE movie to watch in 2017

5. The KZN Education department is providing pads to schoolgirls

It’s a call that’s been made for a long time, and on the last day of January some strides we made that will hopefully have a ripple effect across the country. The call for free sanitary pads for girls – especially those in rural areas – is one that is very pressing.

The provincial education department says poor grade 4-12 learners in 2, 992 quintile 1 to 4 schools will receive a free pack of pads. It will be up to the principal of each school to ensure the learners receive the pads. “This initiative seeks to reduce the drop-out rate of girl learners â€” caused by missing out on school, due to not being able to afford sanitary pads,â€ the department said.

South Africa is being urged to conserve water and to use water sparingly due to the severe strain as a result of the recent drought. Concerns are also rising as the levels of dams continue to drop drastically in what is being called South Africaâ€™s driest year in centuries.

Although rainfall doesn’t mean that concerns for the drought are no longer valid, every small bit counts! And Capetonians were overjoyed to be treated to some rain when they woke up on January 27.

Wow wow wow, how amazing is something as simple as rain when @CapeTown has needed it so so badly! Feeling so Blessed… Thank you Lord.

Uwenzile and Uyihlelile Sihlongonyane, from Swaziland, were three-weeks old when they underwent surgery at the Pretoria Unitas hospital. They had a combined weight of 4.21kg when they were born by C-section on 2 January. They were joined at the lower abdomen and each had their own heart and other vital organs which improved their chances of surviving the separation. “Uwenzile and Uyihlelile are no longer being fed intravenously and their bodily functions are all working healthily,” paediatrician Dr Marleen Engelbrecht said in a statement. She said the girls were making good progress, and were being ventilated and monitored. They were born prematurely at just 36 weeks and had major surgery on 21 January.

8. The schoolteacher who helped a disabled young girl partake in a race with her classmates

Riaan Van Straten, a retired rugby player and teacher at the Curro private school in Kathu in the Northern Cape, made a whole lot of people smile when he picked up a disabled girl and gave her a piggyback ride so that she could take part in a 60 metre race with all her classmates on the last Friday of January.

Five-year-old Angela Motswamere doesn’t have lower legs, but wanted to still participate and run at the school’s inter-house athletics meeting. “I couldnâ€™t see Angelaâ€™s face while we were running,” said Van Straten, “but when I put her down, she laughed all the time and was all smiles. That was the most precious. She and I had both enjoyed it.”

9. The rescue team that saved a baby girl who fell into a pit toilet

The newborn baby fell into the pit toilet when it was born, after its mother had to use the long drop toilet and didn’t realise that she had given birth. The Pietermaritzburg K9 Search and Rescue Team responded to calls from the child’s grandmother on the morning of the last Saturday of the month, and lowered one of its members, Warrant Officer Ian Cowley, down into the long drop and he waded through the raw sewage to get to the silent newborn. After gently picking up the baby from the narrow pit, Cowley was hoisted back up by his team members, who cleaned the babyâ€™s face, clearing his nose, eyes and ears, and then rushed him from Mafakathini to Greyâ€™s Hospital, accompanied by the babyâ€™s mother. The baby was stabilised and immediately taken through to the neonatal intensive care unit.

10. The flight attendant whose viral hilarious antics had the country in stitches

Flight attendant Adrian Thomas made a few hilarious pre-flight announcements when he was a flight attendant with Kulula back in 2013, and the video of him doing so resurfaced this month – and went viral. In the video, Thomas makes a few ridiculous announcements, switches up his accent a few times, and has everyone in good spirits.

Kulula marketing manager Bridgette Ramuluvhana said the airline was always about making air travel â€œa fun and enjoyable experience. So we are glad to see that social media users are sharing Adrianâ€™s love for his job. Safety is always our priority, and his light-hearted take on the safety demonstration is a great way to remind people of that,â€ Ramuluvhana said.

We love how South Africans always have good humour, and the ability to laugh at themselves. Thanks, Adrian, for reminding us of the importance of this!