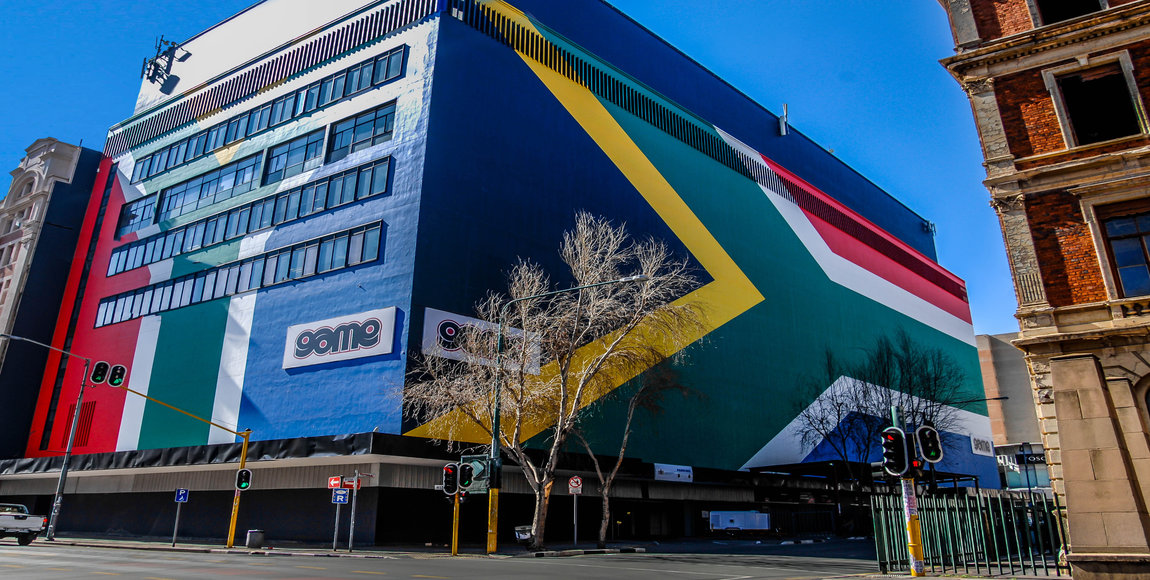 This year keeps getting more and more extra. This July, South Africans have faced more racism in our schools, xenophobic building raids which left people homeless in Johannesburg and terrible weather. Can we live, 2017? At least things arenâ€™t all bad. Here are ten reasons South Africa didnâ€™t suck in July.

1. A brilliant teacher finally has a classroom of his own!

Jerry Mbowane is a maths and science teacher who has been teaching classes under a tree at his home in Mpumalanga for 20 years. After so many years of devoted support, Mbowane finally has a classroom for his learners to flourish in despite the weather. Caltex awarded him with a classroom near his home and R150 000 for stationery and resources. What a win for young and old!

After spending 20 years teaching maths and science under tree.Mpumalanga Jerry Mbowane finally given a proper classroom to share passion.

2. Janna Jihad came to South Africa and schooled us on courage

The wickedly cool 11-year-old Palestinian journalist, Janna Jihad, visited South Africa this month for a tour, and spoke to Wits students about the plight of her people and homeland. The brave, smart, soccer-playing rockstar reaffirmed how important South Africaâ€™s support is to the people of Palestine. What an honour it was to host such a young revolutionary.

Janna Jihad speaking about her trip to SA. pic.twitter.com/6PGC5vDyC6

Despite the predicament of expired passports and the horror of getting stuck in lifts before their performance, the Kearsney College choir boys won a gold medal at the Orientale Concentus International Choral Festival in Singapore. Proving that South Africans have great voices, sick moves, and resilient hearts, these young singers make us all proud.

4. Policewomen to the rescue!
Durban city centre looks to be safe from any bad guys as long as these four female police officers are around. Mbuyiselo Kunene, Nokukhanya Dlamini, Ntombifuthi Dlamini and Ashleigh Conwaywere, new to crime-fighting, managed to hold up a gang of six armed robbers without firing a single bullet! Queens!

Over 250 students at the Cape Peninsula University of Technology received a private donation worth R8 million after being identified by their financial aid office. Fees will fall, but until then, these students will enjoy the incredibly positive impact of this money for their lives and education.

6. Caster does it again!

At July’s Monaco Diamond League meeting, Caster Semenya won the 800m race, set a new South African record, and a new world leading time by beating her previous time by one one-hundredth of a second. Weâ€™re too proud.

But then @WaydeDreamer and @caster800m are doing THE MOST for SA. Congratulations to these champs on their #MonacoDL victory last night. ðŸ‘

Bronwyn Dugtig,a South African student, employee at Monash South Africa, and mentor to 50 students a year, won $25,000 in funding and mentorship in the McGuire Business Plan Competition. Her business plan, My Voice, aims to further train learners and work on their development. Yaaas to paying it forward!

8. The little Capetonian with the big heart

Rubi Nates, a 10-year-old girl from Cape Town, is collecting shoes and books for those who need them. Nates has collected and donated overÂ  3 500 shoes, and started collecting books after the Knysna fires. The youth are the future!

Rubi Nates is a 10 year old with a giving heart, she started collecting shoes for the needy and now hopes… https://t.co/sJFXbyDS6P

9. A baby elephant threw a tantrum, and it was the cutest thing weâ€™ve ever seen

A YouTube video shows a baby elephant having a bit of a tantrum on a dusty road, refusing to get up while its herd ignored its outburst. Weâ€™ve heard that elephants are pretty similar to humans, but who knew it went this far?

Twitter use @AusiDini tweeted a photo of her sister graduating from the University of Cape Town Business School. Whatâ€™s extra special about another graduation photo? Her sister finished matric at 40 after going back to school, and graduated this month with her degree. Black women are magic!

Heh…remember a few years ago I tweeted about my sister who went to get her matric at 40?Guess what was happening last week. #IssaGraduate pic.twitter.com/Xy4WlTHOAf