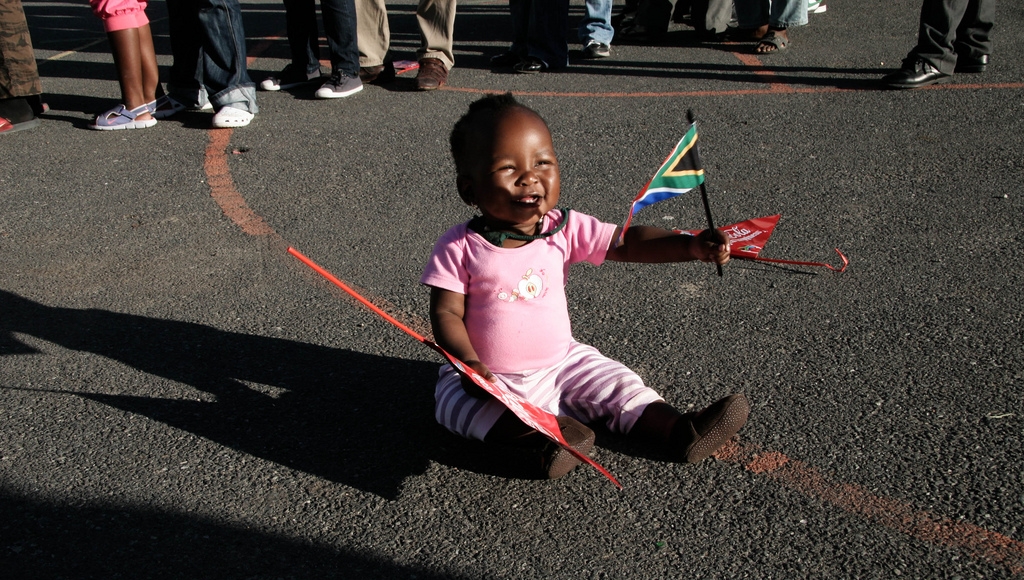 This year has been a lot, and most of us are already counting down until it ends. But October wasnâ€™t all bad despite the latest Cabinet Reshuffle, apartheid flags at #BlackMonday, the bad news that the leaked Fees Commission report brought andâ€¦ actually, we should stop. But for real though, good things did happen. We promise. Here are 10 reasons South Africa didnâ€™t suck in October.

1. Science is back in fashion, baby!
Good news for all our baby scientists in the Western Cape! The Science Learning Centre for Africa programme at the University of the Western Cape has built a number of science labs in schools across the province, with nine new labs opened in October. With so many South African schools inadequately funded and lacking in resources, and South African students performing virtually the worst in science internationally, the love of this subject is hard-won. The new labs, part of a curriculum support programme which rewards deserving teachers and schools, is sure to make an impact in many studentsâ€™ lives and encourage a love of science.

2. Ordinary South Africans literally saved each otherâ€™s lives
The Durban floods were a disaster for many, many people this month. South Africans really stepped up to help each other, and one elderly woman in particular experienced the kindness and generosity of common humanity during a terrifying situation. Janet Hart was trapped in her car and terrified during the flooding when a complete stranger swam over to help her. After the ordeal, Janet and her family wanted to thank the man but had no idea who he was, and reached out to the public to help find him. After a bit of a search, the hero, Matrick Mbhele, was found, and Janetâ€™s family have since met with him to thank him for saving her.

3. More elephants proved that theyâ€™re basically just large, grey, cute people
Baby elephants doing cute things seem to be staple of good news in South Africa, and this month is no exception. The Pilanesberg National Park saw a family of adorable elephants relaxing in a pool of water during a hot day. No worries about the drought for this group!

Elephants playing in the water from Martin Heigan on Vimeo.

4. We really look out for our animals, even in the worst circumstances
The drought has left many farm animals across the country on the brink of starvation. Besides the obvious horror of starving creatures, the economic losses South Africa will face due to this will be devastating. But our airlines are coming to the rescue! Comair and its brands Kulula and British Airways are helping with fuel funding to transport necessary food to the Cape provinces and Karoo. So far, 392 trucks of resources have been dispatched to these farms, which means lots of lives will be saved!

6. All Matric Dances are special, but some are more special than others
The 2017 Matric Dance at Pretoria Boys High School was a historic for LGBTQIA+ rights after students Joshua Harper and Ryan Nortje became the first gay couple to attend. Dressed in matching blue suits, the boys proudly posed for photos which their mothers posted on Facebook. The images went viral soon after, and the boys received national congratulations on their brave and inspiring decision to attend as a couple when queerphobia is so pervasive in South African schools.

7. Wayde van Niekerk got married!
Our very own Olympian extraordinaire, Wayde van Niekerk celebrated his wedding to his beloved Chesney Campbell this October. The wedding, which took place in Bloemfontein, featured a guest list of various South African athletes, including fellow runner Caster Semenya. But the true highlight was the touching tweet van Niekerk posted after the wedding. We wish him so much happiness and love!

Canâ€™t wait to spend the rest of my life with you @Neshney. So blessed to start this next adventure with the girl of my dreams! I â™¥ï¸ you! pic.twitter.com/mhr0SNOwZE

8. A new great South African read for everyone to savour
Sisonke Msimang released her long-anticipated memoir, Always Another Country this October, and it was everything we had hoped for. An incredibly relevant read in current South Africa, the memoir details Msimangâ€™s experiences of her childhood in exile, sexual violence, racism, and the â€˜new South Africaâ€™ with all its dashed hopes and bitter disappointments, Always Another Country was the read of the month.

9. Archbishop Desmond Tutu got a rad birthday present
Everyoneâ€™s favourite Archbishop celebrated his 86th birthday on 7 October, and to commemorate the event the City of Cape Town unveiled a domed monument made up, wonderfully, of wooden arches. The monument is named â€œArch for the Archâ€ (we bet old Tutu loved that!), and is placed next to St Georgeâ€™s Cathedral in the city. A great token for a great man!

10. Swiping our MySchool cards is so easy, and actually means so much
The MySchool Card programme celebrated its 20th anniversary this year, and during October it was reported that R500 million has been raised over these two decades by its 1.2 million members across the country. The money raised is used for a number of schools, charities and various organisations to uplift South African communities. We’re always here for people helping people survive and thrive.

It’s our 20th Birthday! We’ve been giving back, thanks to you! Tweet&Win R20 000.Use #MySchool20 https://t.co/TzGOgAyUu9 pic.twitter.com/fLa70pIlQY