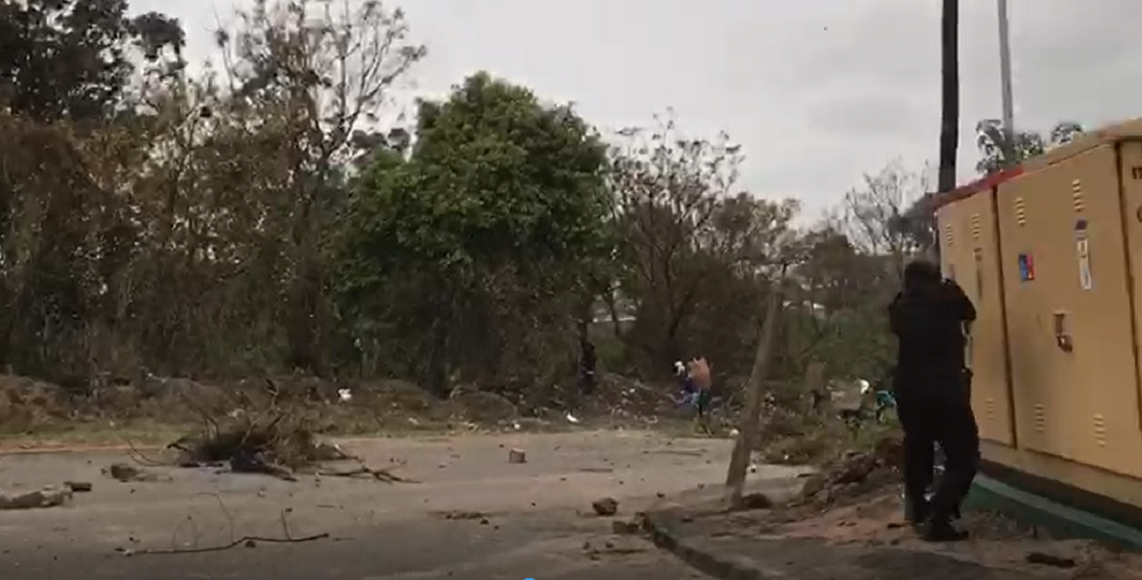 In Durban, unemployment, a dire housing shortage, and violent evictions are fuelling protests and disputes between shack dwellers and ratepayers.

The land dispute began last year, when people who had recently lost their homes in nearby Cato Manor started clearing a green area near Blinkbonnie Road in Bonela of trees and shrubs, and setting up shacks.

Nomazizi Mapasa, who lives in the informal settlement, told the Daily Vox that although shack dwellers are living in fear, they are determined not to be moved. â€œWe will die here if that’s what it takes. They can shoot and kill us,â€ she said.

Bonela residents have complained of violence and intimidation from the shack dwellers. Cars have been stoned and at least one home was petrol-bombed.

Bonela ward councillor Warren Burne says the issue has been ongoing for months and places the blame squarely with shack dwellers. â€œResidents are under siege from people who are behaving in a rampant criminal way. They are invading land and claiming rights under a court order which they don’t have rights,â€ he said.

But Mlungisi Mokoena, who was erecting a housing structure in the area this week, says shack dwellers are being persecuted by ratepayers in Bonela. He says they had protested against the evictions and endured assault but would not back down. He complained that people from Bonela were victimising the shack dwellers even though the Durban High Court had granted them the right to rebuild their homes. â€œWe were beaten up and shot at but the struggle continued,â€ he said.

Meanwhile, Abahlali baseMjondolo blames the dispute on the municipality. Its general secretary, Thapelo Mohapi, said the cityâ€™s failure to address the ongoing housing crisis and conflict among residents is alarming.

â€œThe municipality is in contempt of the law. They continue victimising our people and stirring disputes in their own political spats instead of addressing the issue at hand,â€ he said. â€œIt’s not easy to control the situation when the municipality has disregard for the law, and the police are not helping the situation.â€

SAPS spokesperson Thulani Zwane said police are trying to monitor the situation and urged people to report any cases of violence to their nearest police station.

Mthunzi Gumede, a spokesperson for the mayor of eThekwini, said the city is working to find an amicable solution to the matter but added that â€œthe blame game is another issueâ€. â€œWe need everyone on board,â€ he said.