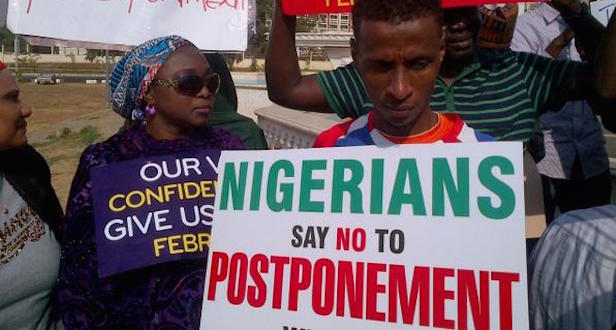 Nigeria’s Independent National Electoral Commission called a six-week postponement, just a week before what some have called the countryâ€™s first democratic elections were set to take place. The rescheduling is to allow for the stabilisation the northern region of the country, which is being ravaged by terrorist group Boko Haram. PONTSHO PILANE asked Nigerian nationals living in Johannesburg about their views on the election, which is now set for 28 March.

Ekemini Eyita, 23, PhD student, Braamfontein
The elections could not have happened with the instability in the north of Nigeria. This meant that a certain number of people, who belong to a specific demographic, would not be able to vote. That is undemocratic and unconstitutional in all ways. The biggest problem in Nigeria is that corruption has infiltrated all areas of society, especially in government. The fact that Nigerians abroad cannot vote also shows that we do not have institutions in place to facilitate such a project. There are a lot of power dynamics that happen within the government and certain institutions; whoever holds the power has the ability to get their way and we have seen this one too many times.

Adewumni Akiloye*, 57, entrepreneur, Johannesburg
I really do not care about politics, specifically Nigerian politics, because the leaders of our country do not care about the people. I have been a South African citizen for over 10 years and this is where my loyalties lie. I know the ANC has its faults, but at least they care about its constituency. Goodluck Jonathan does not care about the northerners because he is from the south; the same thing will happen when the roles are reversed. Until Nigeria gets better leaders, I am not bothered about these elections. William Ibori*, 36, unemployed, Brixton
There is no sadder time to be Nigerian than right now. Everything is wrong with the country, yet our leaders are publicly and shamelessly fighting for power. If the elections actually took place on Saturday, it would show me that Jonathan does not care about its people at all. Although I have been living in South Africa for a long time now, I still have a vested interest in things happening back home. My family and friends are there and their safety is a concern. Until Boko Haram is stopped, nothing will change in Nigeria â€“ the country will continue to disintegrate. Only when leaders become more concerned about serving, instead of the religion and culture of who they are serving, will the country move forward.

Patricia Oyendele*, 36, entrepreneur, Sunninghill
It may look like Nigerians in the diaspora do not care about what is happening, but we do. As someone who still regularly goes to Nigeria and does a lot of business there, the elections (or lack thereof) has been the bane of my existence. The government owes us these elections and they should happen regardless of Boko Haram. They have consistently failed to stop these terrorists in the past years, what makes them think they can do it in just over a month? It is a ploy to keep Jonathan in power, and this frustrates me. I am okay with certain parts of the country not voting.

* Names have been changed