Home As Told to Thando Mgqolozana: â€œThe audience does not treat me as a literary talent,...
WhatsApp
Facebook
Twitter
Email
Print 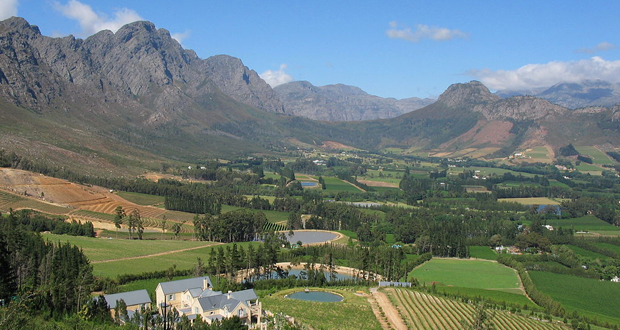 On the opening night of the Time of the WriterÂ festival in Durban in March, author THANDO MGQOLOZANA announced that heâ€™d forsworn white colonial literary festivals and that heâ€™d be attending only one more such event. Mgqolozana was, of course, referring to the Franschhoek Literary Festival, which kicks off on Friday. He told Theresa Mallinson hisÂ reasons. Rejecting white colonial literary festivals is not a sudden decision Iâ€™ve made. The decision has been growing in me since I first published a book, A Man Who is Not a Man, in June 2009. Iâ€™ve been thinking a lot about it and I decided the situation was too uncomfortable for me to not do something.

The discomfort comes from being invited to a literary festival where the audience is 80% white. Itâ€™s in a white suburb in a city. I feel that Iâ€™m there to perform for an audience that does not treat me as a literary talent, but as an anthropological subject â€“ as though those people are here to confirm their suspicions that somehow I am inferior to them.

And if they find Iâ€™m not, itâ€™s a wonderful surprise! But if I am, if I stutter when I speak, if I find difficulty in explaining a phenomenon, then itâ€™s a confirmation. â€œJa, ja, okay, sorry, no, we love you, hugs.â€ Itâ€™s not an engagement.

People also say, â€œYouâ€™ve written a book about circumcision, letâ€™s hear about that,â€ â€“ itâ€™s not about literary talent. Itâ€™s an uncomfortable position to be in. And I realise thereâ€™s nothing I can do as an individual to change it. But what I can do is to remove myself from that situation â€“ to honour myself, so that I do not participate in something Iâ€™m vehemently opposed to.

I donâ€™t think I am as important as to be missed in the literary landscape. In South Africa weâ€™ve never had as many writers writing about the diverse things that theyâ€™re writing about as now. Itâ€™s not like, hmm, this literary festival is missing Thando.

If I thought this decision would affect my writing, I probably wouldnâ€™t make it, because my writing means everything to me. But it wonâ€™t affect it â€“ at least not negatively. Iâ€™m not suddenly going to be a poorer writer in terms of aptitude because I donâ€™t go to literary festivals.

I believe that festivals have their part: you come to festivals to meet other writers, to meet readers, to hear ideas and to see what direction and shape the literary landscape is taking. All those things are important to a writer; all of those things have an impact on the reading experience.

But the reading experience is an outcome of two factors. One, the writer with his and her experiences sits down and writes the story. Thatâ€™s half the job done. The job is complete when the reader, bringing his or her unique experiences, reads the story. Thatâ€™s it. It ends there. Festivals, critical analysis, all of those other things â€“ they are wonderful; they can make a bookâ€™s life longer or more glamorous. But these are things without which the reading experience will still be complete.

The best thing that I can do is to write stories in the best possible way.Â I have always assumed the role of an activist in terms of campaigning for the establishment of the reading culture. I donâ€™t have a lot of money where I can open a bookshop in Khayelitsha. Iâ€™m hoping somebody will hear what Iâ€™m saying and do something about it.

I donâ€™t think the current situation is sustainable: it will change. Iâ€™m hoping when it does change, it wonâ€™t be more black people running to Exclusive Books in Gateway; that instead books and bookstores will come to the townships and rural areas.