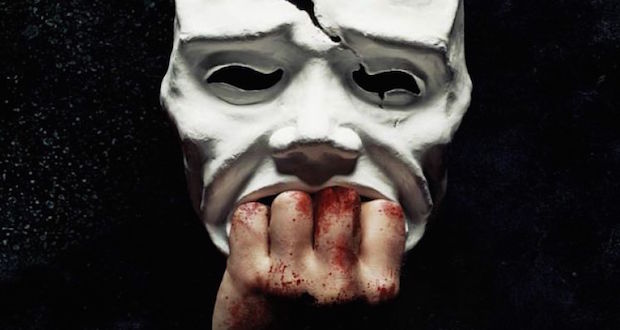 A white mask, stained by a drop of blood. This was the opening shot of actor and director Aidan Whytockâ€™s The Actor. Exploring the masks actors wear while in character is a significant motif of the movie. When actors go method, they become immersed in their character, blurring the line between reality and make-believe.

The Actor tells the story of struggling actor and divorced father Simon (Wytock), who becomes possessed by the mask of a character that he plays. Simon succumbs to the darkness of the character he plays during an audition early on in the film and later canâ€™t seem to separate himself from his character, and the demon possessing him.

Working with a shoestring budget of R49,000, Whytock doesnâ€™t quite pull off the special effects required to sell the horror aspect of the film. But, with the use of dark lighting and the distortion of the camera angles, he manages to create a suitably scary atmosphere nonetheless â€“ a mirror to Simonâ€™s darkening soul and his violent acts spiralled out of control. A bigger budget would have served him, and the movie, well.

The words of Oscar Wilde, quoted at the opening and the end of the movie, echo through the film: â€œMan is least himself when he talks in his own person. Give him a mask and he will tell you the truth.â€

Isabella Akinseye is a film critic, lifestyle journalist and presenter. She is the publisher of Nolly Silver Screen magazine in Nigeria. She is participating in this yearâ€™s Durban Talents programme.