Home Slider The Arms Deal: 5 things you were too shy to ask about...
WhatsApp
Facebook
Twitter
Email
Print 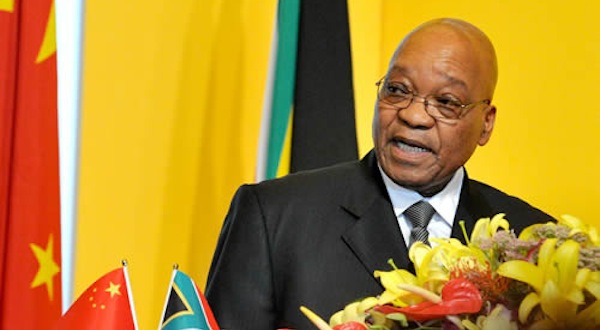 On Sunday, new details emerged in theÂ SundayÂ TimesÂ about President Zumaâ€™s alleged involvement in the arms deal scandal, whichÂ channeled up to R70-billion that could have gone towards healthcare, housing or schools intoÂ buying submarines and helicopters, and lined the pockets of topÂ governmentÂ officials. Ajay Sookal, an attorney formerly employed by French arms giant Thales, revealed that the company had bankrolled Zuma, financing his legal fees during the arms deal probe, and providing him with expensive clothing, extravagant hotel staysÂ and a R500,000 payment annually. The company also â€œdonatedâ€Â â‚¬1-million to the ANC, Sookal said. So what exactly does this all mean, and how does it bode for our President?

1. Ajay Sooklal, the fixer
Sooklal is the man who allegedly worked as a fixer for Thales, ensuring that President Zuma received his expensive gifts. Sooklal is also the man who ratted out everyone in a court spat between him and Thales. So, why the sudden change of heart? Thales, despite their riches as a mega-arms company, allegedly owe Sooklal around R70-million in payment but have offered to pay him just R45-million instead. Now that Sooklal has handed in 1,358 pages worth of transcripts of testimony, Thales might be feeling a little heat. Maybe they shouldâ€™ve taken a page out of the EFFâ€™s book, and paid back the money.

2. What did Thales get out of it?
For their services rendered to Zuma, Thales walked away with some deep pockets. Zuma encouraged local projects to use Thalesâ€™s arms and electricity services. The company secured state contracts that included a R100-million agreement with Gautrain in 2007, a R95-million air traffic control deal in 2009, and a whopping R1.87-billion rail contract with the Western Cape in 2013. Oh, the riches.

3. What say you, dear president?
The Presidency responded to the latest corruption allegations with a response of just two paragraphs; in fact 89 words was all it took for Mac Maharaj to dismiss the accusations. The presidentâ€™s spokesperson referred to the allegations as â€œrehashedâ€ and said â€œnothing newâ€ had been revealed. Maharaj then told everyone to go talkÂ to theÂ Seriti Commission of Inquiry, which is currently leading the arms deal investigation.Â Basically, talk to the hand South Africa.

â€œWe must engage with allegations of corruption, even if they are factually incorrect,â€ Kodwa said.

It seems President Zuma and his party may have a few more boos to face, but history shows that meaningful engagement on this matter might take a while to come.Â After all, the arms deal drama dates back to 1999, and it’s now 2014.

5. Whatâ€™s the big deal?
President Zuma has so far brushed off charges against him in the arms deal. AfterÂ being accused of accepting money from his formerÂ financial advisor Schabir Shaik, the president responded saying Shaik was a pal, and the money paid was a personal loan. Shaik backed him up. But as Stephen Grootes writes, these new allegations shed light on a fair bit of bribery, and the president may find it harder to maneuver his way out of this one. As always, the prez seems to be unfazed, and with good reason too. The commission that’s meant to investigate him has grown farcical and pressure groups want it replaced.

No one knows if Zuma will ever find himself in court; he has mastered the art of dodging accountability.