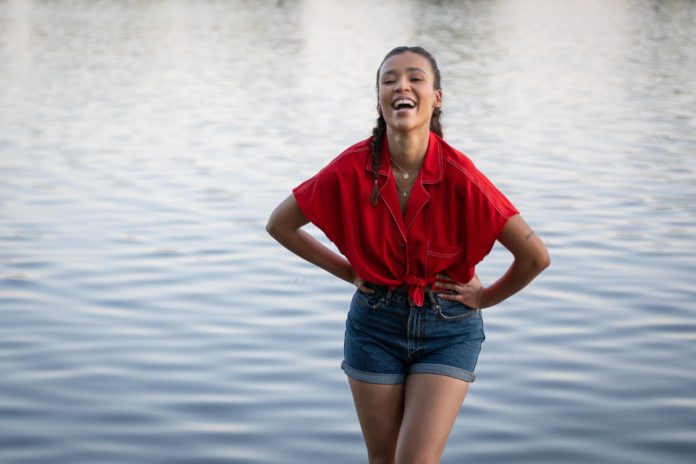 We take reality television for granted expecting it to only be scripted scenes and no real emotions. The Bachelorette may be staged from the costume and set design but it is still about human emotions. One thing you can count on is someone’s true colours being revealed. The second episode of Bachelorette SA kicked off with a surprise and some very telling moments about human behaviour.

Read more: The Bachelorette SA: Qiniso van Damme is a princess among frogs

A white hummer limousine pulled up and four more contestants joined the Bachelorette South Africa. Everyone was surprised with the additions; each more cheesier than the first lot of guys. Cameron, 25, an actor read from a script when he met Qiniso. Craig, 31 a teacher made up for his lack in height with his enthusiasm and beautiful smile. Gregory, 28, a bartender arrived with a cocktail he made for Qiniso. Gareth, 27 handed Qiniso a Magnum bottle of wine; saying it signifies the magnitude of the leap of faith she has taken to do this. *Cue* violins and rose petals strewn all over. The only thing that really struck me was Gareth’s caption when he appeared onscreen “pre-Covid traveller”. We need to know more about this in the coming episodes. Other than that the new additions were a bit more interesting, but again no one captivated me.

The new guys walked into the mansion and the “peacocking” began; antennas went up checking each other out. Something that bothers me is how Qiniso kept taking the lead, going to each guy to go off alone and talk. The formula in the Bachelor is that the women would approach the Bachelor – and if you wanted some time with the guy you “steal”  it. It is all about the chase, but Qiniso seems to be chasing them. One stand out moment was Qiniso calling out Lunga for telling her to keep quiet. She said it challenged her as a feminist and she had to tell him it bothered her. Lunga apologised profusely and made a quick save by saying he was telling himself to keep quiet. I don’t buy it but at least he will watch what he says, and not cross lines.

Ruan “Jon Snow” Meyer got the first impression rose. This means that he left the biggest impression on her when they met. The first date was a  group date; a touch rugby match. The winning team joined Qiniso after the match. Maybe it is nerves and everyone is still finding their feet, but Qiniso held the fort again. She is vivacious and talkative and it seems all the guys are still in observation mode. I admire Craig’s straight forwardness, but his strategy is going to come off as undermining the others. To everyone else he looks like he is doing the most, and this can get into Qiniso’s ear- where it will inevitably be misconstrued as him not being a team player. This is the formula of the Bachelor franchise; with one contestant being villainized for their assertive behaviour. Ten of ye “Timotei” hair did not get a rose and had to leave immediately. Someone lamented he was too withdrawn from Qiniso. I think it was because she had to pick someone, and he stuck out with how tall he is.

Watching a group of men vie for Qiniso’s attention is a lesson in human behaviour. There are slices of masculinity getting challenged by the vulnerabilities being displayed. The snide comments and criticisms of each other are lovely snippets of playground tactics we love to see on reality tv. But they need to step it up. It seems as if everyone except for Craig is so nonchalant. These men are way too laid-back in their approaches. It is only a matter of time before Qiniso gets gatvol. There is no chase from these men and it’s time to step up.

The Bachelorette SA airs every Thursday at 19h30 on Mnet’s channel 101.