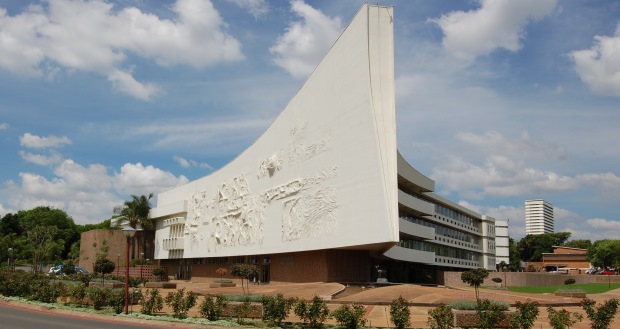 The University of Pretoria remains shut down by protests demanding the insourcing of workers at the university. MISHKA WAZAR rounds up the latest from Pretoria.

Speaking to the SABC on Sunday, Tuks’ #OutsourcingMustFall member Mametlwe Sebei said thousands of contract workers are still labouring under what he calls the exploitation of labour brokering.

â€œWe are demanding that outsourcing must be immediately brought to an end. We are also demanding a minimum wage of R10 000 for every worker a month. The workers are actually saying we want to break with the system of the cheap labour wages. All forms of brutal exploitation that we have seen and we want a share in better life which until now has been enjoyed by a tiny elite at the top of our society.â€

You know #SomethingMustFall when #Tuks university employees are paid R2000 in the name of a salary. #OutsourcingMustFall

Last week, students at Tuks and Unisa joined workers in a protest against outsourcing as registration for first-year students commenced. Tuks responded by obtaining a court interdict against protestors and no students have been allowed access onto the campus since then. There is a visible police presence at the entrance of the campus.

Guy in private clothes with double barrel gun at #Unisa gate claiming to be protecting me. But no indication that he is who he says #FMF2016

Registration has not been allowed to take place on the Tuks campus, although online registration is open and many students are being encouraged to use that facility.

Sade Lagerdien, who is set to study a BA this year said, â€œHopefully if there isnâ€™t anything happening next week, registration can take place. I donâ€™t think that the protests can wait but there could be better ways to demonstrate demands. The fact that the Welcome Day was â€˜taken awayâ€™ from us is disappointing because it was supposed to help us integrate.â€