Home Journalism The Best Of The Best: Former Daily Vox Journalists On Their Most...
WhatsApp
Facebook
Twitter
Email
Print 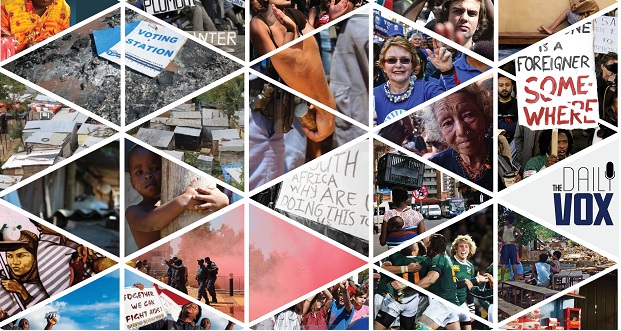 At The Daily Vox, young people set the news agenda. Since its inception in 2014, The Daily Vox has been about young people telling stories to amplify the concerns of the most marginalised. In telling these stories, and pushing against dominant narratives, journalism becomes a form of resistance. We asked former journalists from The Daily Vox to pick their most impactful story they wrote for the publication, and what they learned from it.

“What exactly is spatial apartheid and why is it still relevant?” was the most memorable story for me because it brought together visually interesting stats, photography, on-the-ground voices, academic commentary and the movements fighting to tackle the issue. It exemplifies for me the kind of effective activist journalism The Daily Vox pursues.

My Life Esidimeni interview has to be one of the most memorable stories. It was a story that had an outcome I never thought was possible; where the brother who was looking for his younger sibling, a patient at Life Esidimeni who went missing after being unlawfully discharged, and found him after we did the story. It also affirmed me that I am not just doing journalism for the sake of doing it, even smaller publications like The Daily Vox do make a difference in society.

My article on the protests against hair policies at Pretoria High School for Girls is probably the story I’m most known for, and one of the stories I’m proudest of, because it was the first I’d written that felt like protest. I learnt, while writing this, that journalism can be a kind of resistance.

On the ground reporting in Durban institutions as protests erupted was thrilling. I was tweeting about a student being shot in the face while campus security dispersed the protesting crowd with rubber bullets. Student protests offered me the chance to witness the rage as I did voxes, the unity as I observed from a distance and the resilience when marching through the streets with the students, even though I was not on financial aid. That, in a nutshell, was my highlight as a reporter at The Daily Vox. Seeing some fallists ascending to parliament was a bonus!

I worked for The Daily Vox from the end of 2015 to the beginning of 2017. One of the most memorable stories from my time there wasn’t necessarily one story, it was rather going to the Time of the Writer Festival in Durban. This was a chance for me and my colleague, Mbali, to go and talk to the South African writers featured in the festival, to learn of their experiences and how we can go about decolonising the book (the theme of the festival). This was so memorable because I learnt about the challenges that black writers, in particular, face in this country and the hurdles that they have to go through just to get published. Their stories are just as relevant and getting to cover a festival such as this one showed me the importance of getting everyone’s stories out there.

My favourite story that I worked on for The Daily Vox was my first piece which was on the colonisation of African spirituality through Christianity. It’s my favourite because it was a piece that was very much inspired by my own search for meaning and understanding myself. It opened up my mind to what is out there. It validated the fact that I have good ideas and am a great journalist – and have the ability to become a great journalist. I kind of suspect that it was one of the things that got me the job as an intern at The Daily Vox.

I did a story after the Durban floods in 2016. I went to visit people who live in shacks/ informal settlements and see how was the damage.  I decided to go to the informal settlements on Kennedy road closer to Springfield, when I was close I was met by a stench, it smelt like a sewage pipe had burst but I later learned that it was just a normal odour of the place. Mosquitoes were everywhere and the place had little space.  The resident told me that their kids get sick regularly. This is not my favourite story but it is the one that touched me, I had never seen such poor living conditions in my entire life, I have lived in informal settlements myself, that place was worse and the people had given up on the municipality to help them in any way.

While I was working at The Daily Vox, I definitely had the opportunity to give voice to people who weren’t necessarily listened to and given space to by mainstream media. I enjoyed doing those stories and one of those stories was about Marievale. I did a series on the evictions in Marievale. I went and visited the community with my-then colleague Mohammed Jameel Abdulla and we spoke to people living there (who had been removed from their homes). It is very important to give people and give a spotlight to these stories because it forces those responsible to respond. That’s what is important about the work that The Daily Vox does.