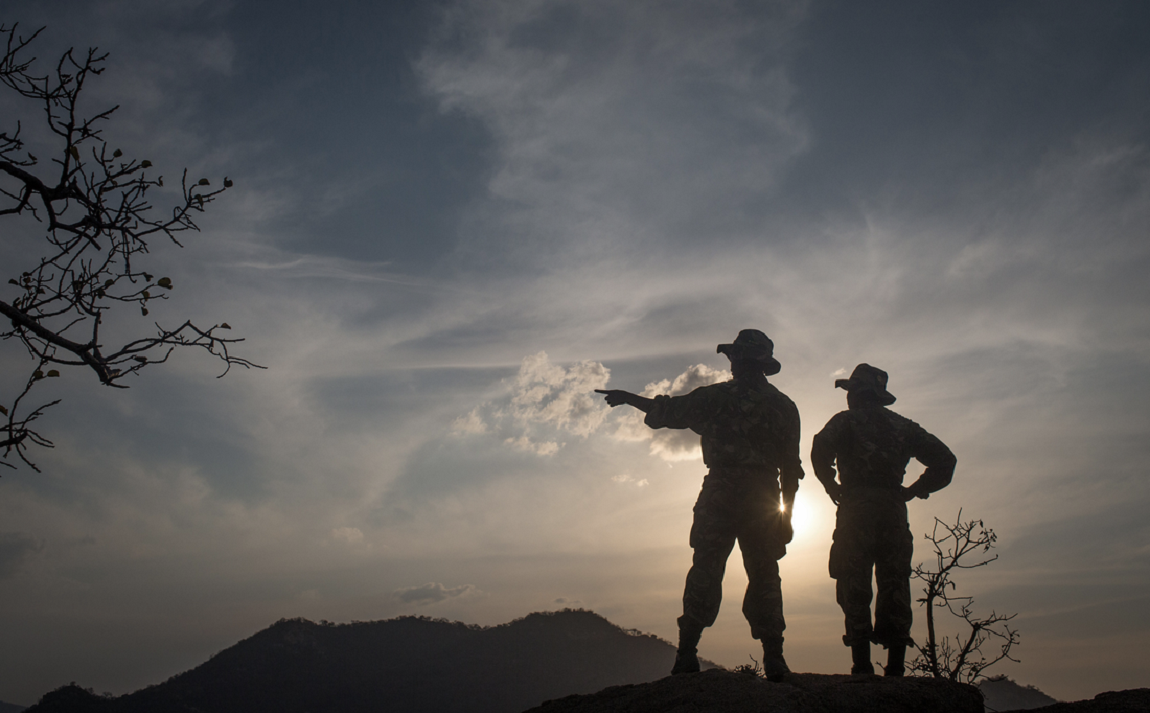 The Black Mambas are an all-women poaching unit based within the Baule Nature Reserve which is situated within the Kruger National Park. Hailed as the first majority all-women anti-poaching unit, the group was started by Transfrontier Africa in 2013. Initially the Black Mambas were only supposed to protect the Olifants West Region of Balule Nature Reserve but they now protect all regions of the Reserve.The Daily Vox team spoke to members of the group.

The main objective of the group is to protect the reserve and the wildlife contained therein. However, moreover than that, the Black Mambas want to be able to educate their community who live in the boundaries of the reserve about the environment. The group says, according to its website, that “belief that the war” on poaching will not be won with guns and bullets, but through social upliftment and the education of local communities surrounding the reserves.”

It is the Black Mambas who are responsible for the early detection of poachers on the reserve. They do this through their patrols and surveillance. They also search and destroy snare traps set up by poachers which forces the poachers to leave the area without managing to get anything. The Black Mambas are an unarmed unit who do on the ground surveillance which allows them to gain information which they pass on to the armed units of the operation.

As part of the programme, they also host Bush Babies, an education programme at schools in the surrounding area where they teach learners about poaching and how they are working to protect the species. The Black Mambas call it aiming to create environmentally literate communities.

Besides doing great work in protecting the reserves and the animals from poachers, the Black Mambas were awarded the 2017 Silver Eco-Warrior Award which recognises those whose actions have defended, protected, or prevented damage to the Earthâ€™s life forms, eco-systems, or natural resources. They were also recipients of the United Nations Environment Programme’s Champion of the Earth Award.

The United Nations Environment Programme executive director Achim Steiner said: “Community-led initiatives are crucial to combating the illegal wildlife trade and the Black Mambas highlight the importance and effectiveness of local knowledge and commitment […] The Black Mambas are an inspiration not only locally, but across the world to all those working to eliminate the scourge of the illegal wildlife trade.”

The questions were answered by two of the members of the team, Nocry Mzimba and Thulisile Sibuyi.

What’s a typical day for a Black Mamba?

Nocry: Patrolling during the morning and evenings are spent doing observation post and vehicle patrol.

Did you want to do anything before joining the group?

N: I wanted to become a field guard and I became a Black Mamba after realising that rhinos are being killed everyday and I wanted to save them.

T: Before becoming a member of the Black Mambas, I wanted to work as a field ranger because I love nature and I love animals. I’m happy now being a Black Mamba because my dream became true.

Why do you think it’s important for representation?

T: Women are more observant, able to keep a secret as a parent, and women are maternal

Why is it important to fight poachers?

N: For future generations to see the wild animals and for our tourists.

T: Importance of working in the reserve and why we fighting against poachers. We want them to stop killing our rhinos. Want our rhinos to be safe and some other animals. Want our future generations to grow up knowing and visiting our reserve to see this animal we are saving.

The importance of being the voice of your community:

N: To make sure they understand our job or they know why they are doing this job.

T: To make sure they know how they protect nature and to know the importance of working in the reserve, and understanding why we fighting against poachers

Any message of inspiration?

N: Be strong and passionate; know what you want in your future. To focus on what they think is best for them and know their dream just like I did.

T: I would like to tell them to [be] patient on their life’s because I know it’s not nice…sitting at home and doing nothing. One of [these] days they will become the future members. They must stay strong.

More information on the Black Mambas can be found here.