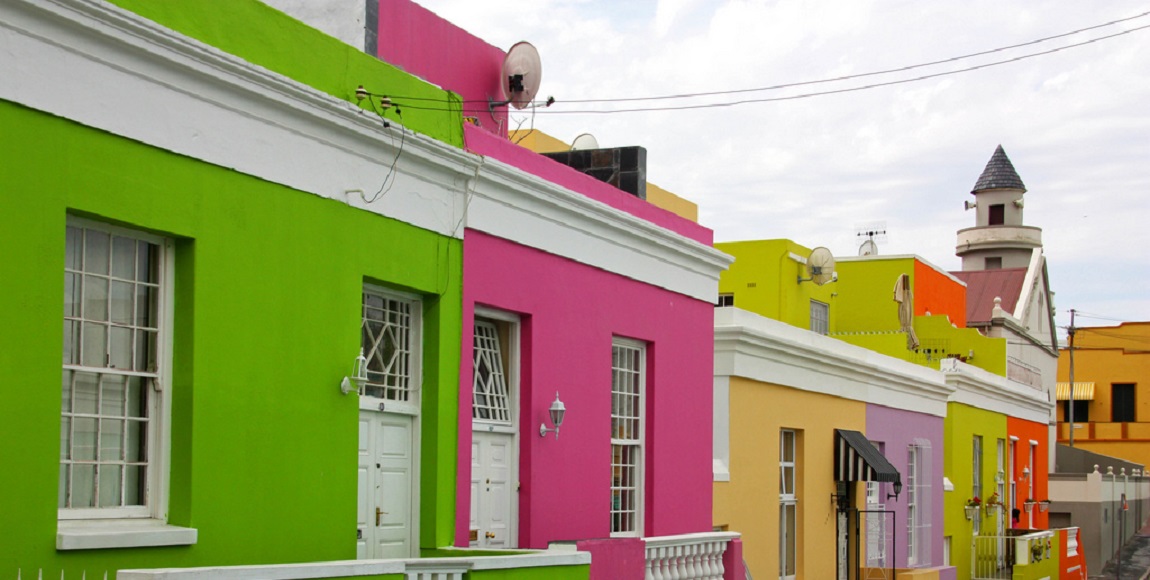 For the past week, the Cape Town community of Bo-Kaap has been protesting against plans by the City and private developers to gentrify the community. However, this resistance against the development of the community is not a recent move. The community has been resisting for the past 20 years according to Shakirah Dramat, an activist and spokesperson for Bo-Kaap Rise. The Daily Vox spoke to Dramat about why the community is resisting.

I think Bo-Kaap has played a very important role in the development of this city. To a large extent for the Muslim community as a whole, this was the birthplace of Islam in South Africa. It holds the oldest mosque in South African history and even though personally I don’t like bringing religion into things because I feel like you can destroy the support of non-Muslims, we have to understand that Islam is a huge part of the culture and heritage. Many of the slaves that were put here in the 1700 and 1800s were the ones who built this city in terms of their skills. The role that Bo-Kaap played in the development of South Africa cannot be denied. If any Muslim person in this country were to trace their heritage back to where they came from, I bet you that a large percentage would find that they came from this small little corner in South Africa.

Bo-Kaap Rise started out as a media platform to talk about what was happening in the community because for a long time, the youth of Bo-Kaap were not active members of the fight. A couple of us came together and said we want to talk about this in a way that’s current in terms of social media because Bo-Kaap didn’t have an online platform where you could go and find out about it. I was an activist as an individual before I became the spokesperson of Bo-Kaap Rise. It started out just because we wanted a social media platform and creating conversation about what was going and all the injustices that the community was facing. And then obviously the protests this week and a lot of things were going on and to be honest it kind of shook Bo-Kaap upside down. We have never seen this level of protest action in the community before. People had been protesting and if possible I would like to make that very clear because a lot of the media have been misreporting and saying we have only been protesting for this week. And that’s not true. The people of Bo-Kaap have been protesting for 20 years against injustices, against the destruction of our heritage. I mean if you think about it an area like Waterkant, which is next to Bo-Kaap, used to be part of the Cape Malay community but now it’s completely owned by white and foreign people. If something like that can happen to a part of our community, imagine what can happen to the small piece that is left? So it has been going on for a long time. It’s just the method that this week has taken has changed.

I don’t think people realise how important the @bokaaprise issue is.
The area was established around 1760. The Dutch brought in slaves from Indonesia , Java & Malaysia. Bo-Kaap also houses the oldest mosque in the country. https://t.co/E8KPOvlQAK

I would say it was an awakening that was led by anger. If you are a 25-year-old person and you see your mother who is 60 for example protesting everyday for the past three months on the corner of Wale Street, and before this year she had been protesting for 20 years before and nothing ever changed, you are going to get to a point where you are going to be pissed off and realise the community of Bo-Kaap have been speaking out against our injustices for so many times but we haven’t been heard.

Personally, I don’t agree with the method of burning tires and that sort of thing. Initially I was quite angry about it but then I realised for the people lighting the tires it’s valid. I can understand why they feel that way because nobody was listening to us and for the first time we have eyes on us. Would we be able to have this conversation if the protests has continued peacefully? You can only keep quiet and silently be bullied by the city for so long before the lid is going to come off and people are going to be like we can’t be silent anymore. I think that’s the point where we are at the moment. We have so little left. The situation in the Bo-Kaap is bad right now that if we don’t actually do something right now, it’s going to be too late. The developments have been popping up so fast over the past couple of years that it’s ridiculous how fast people can build a twenty storey building and how fast overseas development companies can buy up land. It has been happening so quickly and the last ten years it’s accelerated tenfold. People were realising very quickly that if we don’t talk about it now, it’s going to be too late to go back.

A lot of developments have been going up and a lot of things are affected by developments going up. Cape Town is already one of the cities in the world that has the worst traffic problems. We have a huge traffic issues and Bo-Kaap is obviously affected by that because we’re in the heart of the city. We have really small cobbled roads that are not mean to take this kind of battering. With these developments a lot of other things come like inconvenience with parking and congestion – this area is so congested. There is no affordable housing so there are people living in flats – 15 people in a two-bedroom flat. Why has the City not made affordable or low-cost housing available for people living in the city? Why, when four or five generations of my family before me grew up in this area, built this city am I not allowed an affordable piece of land? Is it because I am no rich enough or is it because my skin is not white enough?

About the big development, the city says they ask for comment from the community which they do because they have to but is that comment ever taken into consideration? No, it’s not. The community has signed multiple petitions against many of these developments. The community has held multiple protests against these developments and yet the developments still always get passed. No matter how many signatures we get, how many times we go to court, no matter how hard we try to stand up to them. The reality is that big development companies have millions to throw at the best lawyers to get out of something but a small community like us where the majority of people are from a lower to middle class income can’t afford to spend millions on lawyers to represent us in court. So ultimately they will always win because they have better resources.

I think they are going to respond to try and keep us quiet but I don’t think anything is going is change unless we take real calculated and strategic action. If there is one thing the City of Cape Town is good at is sweeping things under the rug.

It’s extremely important for the residents to continue to resist. For the first time we are making some form of impact and people are actually listening to what we want and what it is that we need in this community. Resistance doesn’t necessarily mean burning tires. We had a mass iftaar, one of the most beautiful sights I have ever seen in my life. An entire community coming together and sharing food and praying together. It was beautiful and that was form of protest. It’s happening again this Friday, 1 June. A lot of the youth are talking about let’s block off the road and host a sports day in the street. Sports and rugby in particular are an important part of our heritage and all our sports field have been taken away. The land has been sold to people who are using it for their own benefit. That’s why they’re saying let’s use sport as a form of protest. The same way we used iftaar and prayer as a form of protest. The same way we use burning tires as a form of protest. All of those things show the multi-dimensional community that exists within the small little area.

Moving forward it’s important to unite because we have many different bodies in the community who are trying to fight against this so moving forward, it’s important we unite and stand as one against the City of Cape Town and stand as one against all the injustices that are happening and we make sure that when we do move forward we do it in a strategic and calculated way. It’s great that we have eyes on us but this is a long road to walk. We have a lot coming and we need to be prepared.