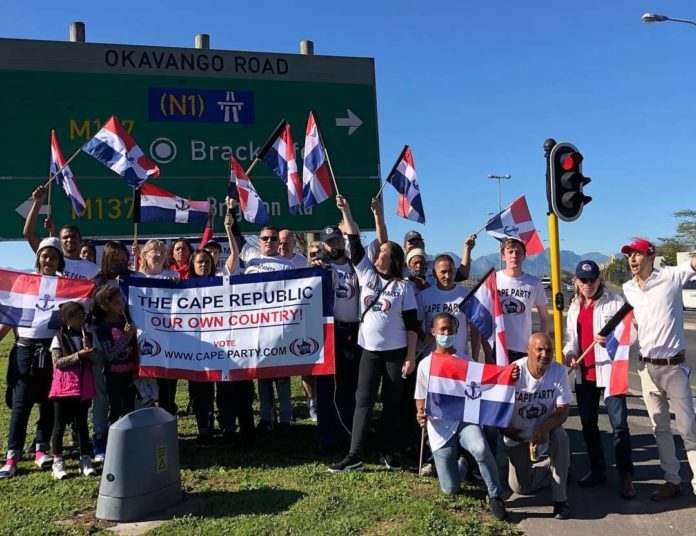 As November 1 and local elections day draws closer, political parties and candidates are politicking in full force. From “catchy slogans” to “promises to do better”, parties are doing everything they can to get those votes. In Cape Town though, the city would not be who it is without audaCITY living up to its “little Europe” status.  The Daily Vox took a look at two parties trying to stage their own “Brexit/Capexit” from the rest of the country.

Brexit was the name given to the United Kingdom’s departure from the European Union. The UK left the Union, changing its relationship on trade, security and migration. Opponents of Brexit described it as an attempt to hold onto an imagined Britain of the past, with fewer migrants. Supporters of Brexit call it a new way to embrace change. With all the panic over fuel shortages and whatnot, we wonder if Brexit supporters are embracing the change.

In South Africa, there are two parties campaigning on a similar platform to the Brexiters. Only they are focusing on the Western Cape and the City of Cape Town.

The Cape Independence Party has said it’s time for CAPEXIT, and to #FreeTheCape. These slogans began in 2007 with its formation. It has now culminated in election posters only on the Atlantic seaboard and Cape Town’s CBD. The Capexit movement is a non-political organisation, also calling for independence. In a recent petition, they garnered 806,862 signatures in favour of the Western Cape splitting from the rest of South Africa.

The party hopes to negotiate with the national government to take control of the Western Cape province. They want the province to have economic, social and political independence.If the party were to receive a majority vote in the election, they say they will hold a referendum to declare the Cape an independent country, the Cape Republic.  As an independent state, “they envision a system enabling the rebirth of a nation based on mutual respect, peace and prosperity……The Cape of Good Hope”.

Is it just us or is this sounding a lot like Jan van Riebeeck landing at the Cape with a red, blue and white flag and calling colonising a ‘refreshment station’? The party manifesto is only available in English and Afrikaans.The Western Cape has three official languages, Afrikaans, English and isiXhosa.  It shouldn’t come as a surprise that anyone talking about a Cape Republic as if it is 1652 would in any way actually reflect Cape Town’s diversity. It is also very telling to only use imagery of “pretty” and “touristy” Cape Town. We know the majority of the Cape electorate are working class black and coloured folks, who only get the photo ops come election times.

There are subliminal messages all over their official website. Party leader Jack Miller speaks about South Africa’s oppression through the years, but only from the “Union of South Africa in 1910”. So basically forget everything before then. It is an odd way to send out a message of hope. The party erases the Cape’s colonial origins by just not mentioning slavery and the Dutch at all. We see through it, and the repurposed colonial flag.

Miller said the democratic will of the people of the Western Cape cannot be served by being a part of South Africa. Ok Jack van Riebeeck, you made your point.

On the other side of Table Mountain we have the Cape Coloured Congress. So let’s start with the name. It already implies coloured people only live in Cape Town. It is also literally a racial classification from Apartheid days.

The CCC said they are a “voice for the voiceless” political party. They want to be the voice for marginalised folks who have been excluded from jobs, housing, education and safety.

The CCC was born out of the G@tvol Capetonian Movement, and will continue to fight for the struggles of the Cape Flats. The party will focus on pro-minority rights with a special focus on coloured communities across South Africa. The CCC said the ANC government has created a huge influx of black people into the Western Cape. This has supposedly resulted in coloured people being excluded from jobs, education etc.

#BloodFriday: Coloured Community Say They Are Tired Of Suffering

The CCC sounds exactly like Helen Zille who called black people from the Eastern Cape, economic refugees.  The Gatvol Movement launched in 2018 with intense anti-black sentiments. The rhetoric was that jobs that should be for coloured folks were being given to black folks. The CCC party leader Fadiel Adams said at the time they were ‘pro-brown, not anti-black’. The party is just an extension of the gatvol movement, with a new name. Adams is also the party’s mayoral candidate for the city of Cape Town.

So the CCC is fighting for the rights of marginalised people, but is anti-Black? The contradictions here write themselves and make no sense. You cannot address marginalisation while oppressing.

Afriforum and the DA

A wider net for cape independence has also been cast by lobby group, Afriforum.  Kallie Kriel, Afriforum CEO said they recognised that there is support for total independence. Kriel said their focus is to mobilise as much support as possible. He said a referendum needed to be held in relation to the powers enjoyed by provinces.

Afriforum is heading to the Constitutional Court to attempt to force Parliament to change South Africa’s referendum legislation. They seek to give premiers a legal right to call for a referendum. The Democratic Alliance welcomed Afriforum’s cause, as they too want the Referendums Act amended similarly.

FF+ leader, Pieter Groenewald has also pledged the party’s support for the Cape secession movement. Groenewald said he supported instruments to obtain self-determination. He also said if the Western Cape people want independence, they should be supported. The party has been in support of Cape secession since November 2020. Western Cape FF+ leader, Dr Corné Mulder said the province would only be successful if it became an independent state. Mulder called a future independent Cape an example of what can and should be done in South Africa.

Elections have everyone vying for a seat at the table. Perhaps these parties should introspect on their motivations before pursuing public office. Nothing good can come from colonial and apartheid slogans. Neither can it come from exclusion and racist undertones.