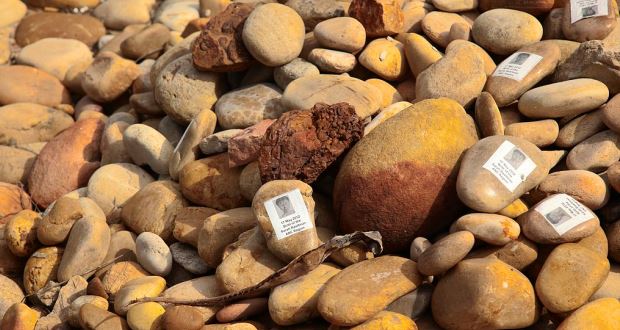 Degrading images of Sarah (“Saartjie”) Baartman have resurfaced online following rumours that Beyonce plans on writing and acting in a movie based on her life. It seems a range of publications from the BBC to Marie Claire SA think it’s fine to reproduce exploitative 19th century images of a naked BaartmanÂ to tell their stories. Although Baartman’s story is challenging to tell without the photographs, feminist writer GAIL SMITH argues that the story is not impossible to tell. She spoke to Mbali Zwane about it.

Baartman, at the age of 17, was shipped to Europe during the 19th century and exhibited at freak shows under the name Hottentot Venus. (The term “Hottentot” is an offensive term used to refer to the Khoisan people).

â€œShe was a victim of egregious human trafficking. For every hour of degradation and humiliation she suffered in the icy streets of Piccadilly and shivering in the Jardins des Plantes in Paris, her mother, sisters, cousins yearned to know she was okay, wondered if she would ever come home. She never made it,â€ says Gail Smith, a descendant of the Khoisan who helped bring Baartman back home.

Smith says it is vital that we do not lose sight of Baartmanâ€™s heritage and culture as a Khoisan woman because the history of the Khoisan people is often lost in the narrative. She suggests focusing on Baartman as a South African Khoisan woman and part of a people who still exist today, to show Baartman in her context as a human being and a brown woman.

Smith suggests that news outlets should use photographs of modern day Khoisan people to tell her story because she has modern-day descendants with similar characteristics.

She pleads with storytellers to stop reinforcing discrimination: â€œEven death did not save her from further scrutiny and eventual dissection. And not even being chopped into little pieces stopped her from being scrutinised. Thousands and thousands and thousands of eager gawkers filed past her brain, genitals and ghoulish plaster cast exhibited in the Musee de l’Homme in Paris, until reason prevailed and she was removed. And still her people yearned for her, unaware that even in death their child remained simply an object for European curiosity, a highly prized scientific specimen guaranteed to put paid to any doubts of European genetic supremacy.

She was met back home by the children of the children who yearned for her return. We burnt imphepho and unbottled her vagina and uncorked her brain. We placed her frail, frail skeleton in a casket, as the women wailed and sang and prayed and danced. And then we buried her, leaving rocks and stones in honour of her much-loved spirit.

And please remember this: she was a brown person. That matters more than you will ever know.â€