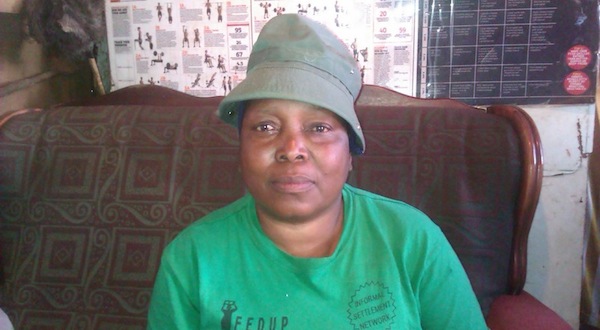 On Thursday members of the EFF in Parliament held a sit-in after their leader Julius Malema received an unsatisfactory response from President Jacob Zuma to the question of when he would pay back some of the money used to upgrade his private home in Nkandla. BHEKI SIMELANE asked people in South Gauteng what they thought of the EFFâ€™s conduct.Â Phineus Malisa (61), unemployed, Polokwane (Limpopo)
If the EFF were to lead the country, it would fall apart the same way Zimbabwe did. Their acts in Parliament undermine our democracy and Parliamentâ€™s authority, which could in turn lead to other nations undermining our laws. The EFF are doing nothing but just exposing themselves as a militant political party, which doesnâ€™t have a place in present day politics. Parliament is an important institution and conduct like the EFFâ€™s will scare investors. Their militancy may appeal to others but itâ€™s not in line with how South Africa wants to project itself. Peter Manganye (45), builder, Chiawelo
I do not blame the EFF for protesting in Parliament. Iâ€™d also be annoyed if someone gave an answer that lame. He was asked specifically about the findings of the Public Protector and instead he chose to mention two other reports, which we do not care about because the main report is that of the Public Protector â€¦ The EFFâ€™s fury is justified. If Zuma respects Parliament and the people of South Africa, he must learn to be accountable. He must give precise answers, we deserve to know the truth and have waited for a very long time for it. Iâ€™m worried also about our Parliament Speaker. She does not seem to be in control. Angelina Thebula (54), unemployed, Orlando West
The EFF is doing the right thing because they are digging for answers to questions that have boggled South Africans for a very long time. The EFF could be the only medium to transparency and accountability and that is most welcome. I wish more parties were as vibrant and vocal. The EFFâ€™s conduct reveals maturity in our democracy. Parliament is the right platform to bring Zuma to account. He has undermined the Public Protectorâ€™s report by failing to respond and now fails to answer the question before the nation. Mpho Mokhesi (25), domestic worker, Lenasia
The EFF is not undermining our democratic garden but irrigating it. Imagine if all parties were as bold. The EFF is showing a lot of courage unlike others who hide during such moments because they do not want to be in the Presidentâ€™s and the ruling partyâ€™s bad books. The citizens of this country have the right to know what happened. How long does the President think he can be elusive? â€¦ The EFFâ€™s conduct is proof that our democracy is transforming but I wouldnâ€™t say itâ€™s also strengthening our democracy. The EFF brings hope that the nation is ceasing to be a puppet of the ANCâ€™s. Zepherine Thobela (24), self-employed, Soweto
The country needs a party like the EFF, one that is as uncompromising. Most parties have limits to how they hold the President to account and I canâ€™t understand why this is. If the EFF will not fight for us then we should forget because the others are just vocal but not as threatening as the Fighters â€¦ The EFFâ€™s conduct does not undermine our democracy in any way nor strengthen it in anyway but reveals that democracy exists in South Africa.