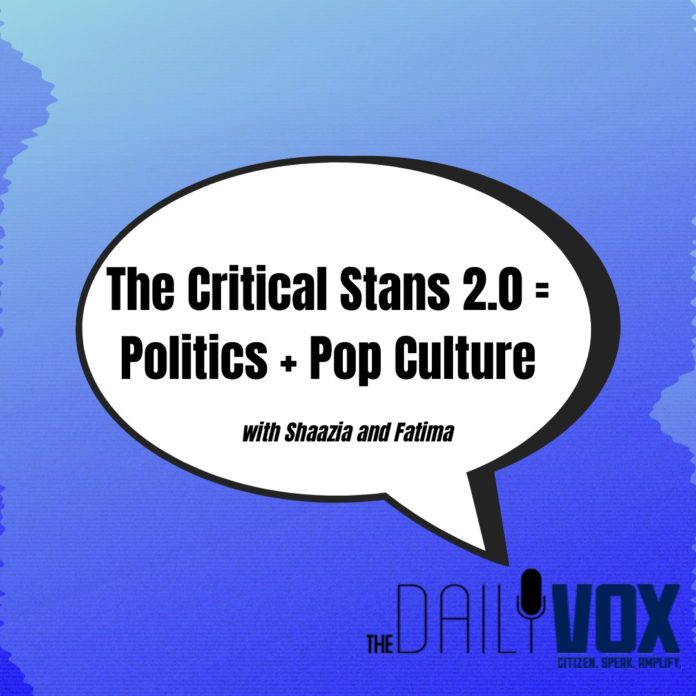 The Daily Vox launches its weekly podcast The Critical Stans 2.0!

During the 2018 World Cup The Critical Stans launched hosted by FATIMA MOOSA and SHAAZIA EBRAHIM covering everything from pop culture, fandoms, and the politics behind it all.

Now in 2020, they’re back and ready to deep dive even more into the politics of pop culture.

Make to subscribe to the Spotify, Apple Podcasts, and iono.fm channels.

Episode 1: What’s the deal with Stan?

The Critical Stans 2.0 is brought to you by The Daily Vox.

Episodes are produced by Sizwe Mpofu-Walsh.

Tweet @shaaziaebrahim and @fatimamoosa17 your comments and feedback on the show.