Join The Daily Vox journalists SHAAZIA EBRAHIM and FATIMA MOOSA every week as they chat all things fun and serious around fan culture, fandoms and what it means to be a stan. They’ll be destroying tropes around the supposedly traditional hardcore male football fan and the manic pop culture fangirl; covering everything from football, Young Adult fiction to Beyoncé and Kpop. Living in the fanworld as women of colour who are avid consumers of all things fan-related means that it is impossible to ignore the politics of these things. And that’s what the Critical Stans are all about.

Like a billion odd other people, we are avidly following the greatest sporting event of all time, the World Cup. But as women following the World Cup, it’s near impossible to ignore the sexism. From the camera zooming into female fans and sexualising them to former footballers making a fool of themselves on sports talk shows, we were not impressed. In the very first episode of The Critical Stans, Shaazia Ebrahim and Fatima Moosa speak misogyny in football fandoms – but also just fandoms in general. 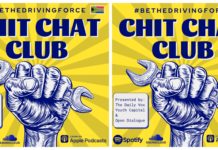