Home As Told to “The cruelty of police is not new to me. Today, I became...
WhatsApp
Facebook
Twitter
Email
Print 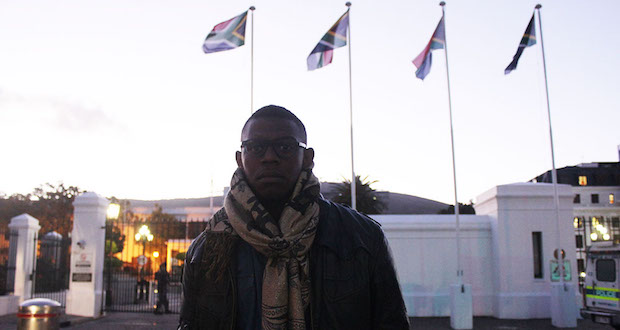 On Thursday afternoon, 40 students from the UCT Rhodes Must Fall movement protested against afrophobia outside Parliament. The students did not have a permit to protest and an hour after they arrived, police told them to disperse or face arrest. The students refused to disperse and the police used stun grenades to disrupt the group. In the chaos, Ezra Mokgope, a 21-year-old BA student at UCT, spoke to RAEESA PATHER about the ordeal and his commitment to still take a stand against afrophobia.

We arrived here to protest against afrophobia. People are being burned, people are dying, and we cannot sit and say nothing is happening. We know what’s happening.

We were outside Parliament, protesting peacefully, and the cops came. They gave us a warning. We tried to ask them what the warning was for, but they didn’t tell us. One of the cops, warrant officer Botha, grabbed my friend Masixole to put him into a police van. He then left Masi, who was being handled by other cops, and came to me.

He pushed me, and I withdrew from him, so I could question him face to face: I said “Sir, can you respect me as I speak?” and he said, I’m not going to listen to you”.

He pushed me away, took out a stun grenade, and unleashed the pin. He looked me right in the eye, and he dropped the grenade next to me. It blew next to my left ear. That’s when I fell to the ground.

I felt like I couldn’t breath. The stun grenade sounded like a gunshot. While I was on the floor I looked over my body for injuries, because I thought I had been shot.

I was unbalanced because my eardrum was busted. I couldn’t even stand. Everyone was screaming, and I remember looking and seeing Masixole still being pulled around like a dog by policemen. All I could ask was if my friends were okay. Was Masi okay, was my brother okay?

The police told a group of my female friends, “We won’t stop pushing you.” The women said to him, “You’re assaulting us”, and Botha replied: “I won’t stop, go lay a case against me”. That’s the nature of what we’re fighting against.

I have had foundational experience with the police. I’m from Rustenberg, Marikana. I’ve lost someone in the massacre. The cruelty of police is not new to me. It’s always been here and today, I became a victim of it.

Afterwards, the policemen started shouting at everyone else to stand back or they will do it again. From the floor, I could tell that was an alert for the other cops to get their weapons ready. I thought: if I had not fallen down with that stun grenade, would I have been shot with live ammunition? Would I have been shot for fighting for people who don’t have a voice, because the fact that they are foreign comes first, instead of the fact that they are humans?

The pain is still here, even as I speak. I was disorientated; I couldn’t hear anything, I don’t know how I got to the hospital. I heard from the doctor my eardrum burst in two places. They injected me with 4mg of pain medicine.

We employ the president, and we want him to act in the capacity of his presidency: a capacity to hear the voices of every individual that has the right to place you there in power. The nation is calling you to act. Yesterday the attacks were in Durban; this morning they were in Johannesburg. What’s the next province and how high will the death toll be?

My human right of freedom and my human right of existence should not be constrained by another individual. Today, I can say and speak in solidarity because I have the sensory experience of hurt and pain. What we’re standing together for is not for us, but it’s for a greater South Africa and a greater Africa. Today, a young man, Ezra Mogkope gets hit by a stun grenade; who’s the next student that’s going to be shot?

This office can confirm that about 40 protestors were protesting in front of Parliament today (Thursday 16 April, 2005). They were warned by SAPS in terms of the Gatherings Act that they are busy with an illegal gathering in front of National Parliament, and that they need to disperse. Police took action by using a stun grenade to disperse them. SAPS open a case of public violence for investigation; no injuries were reported and no arrest were made. Currently the situation is under control; the protestors have since dispersed. Police officers are still deployed in the area to maintain law and order. 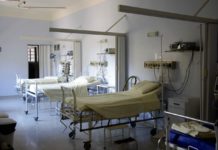