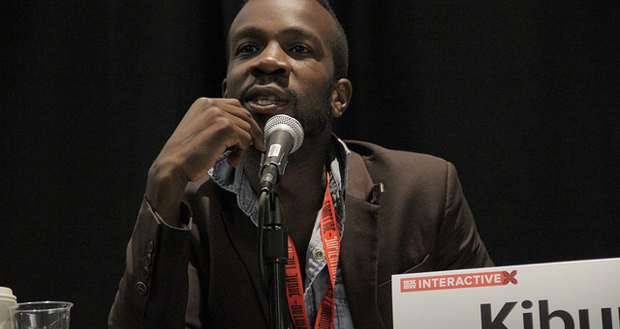 On Thursday, Comedy Central announced that local comedian David Kibuuka will be joining The Daily Show as a staff writer. The 34-year-old comedian will be joining local boy made good Trevor Noah, who takes over from Jon Stewart as host of the show on 28 September.Â

Kibuuka, who hails from Uganda,Â is popularly known for his regular feature on the Emmy-nominated Loyisa Golaâ€™s Late Night News, a satirical news show, where he is acts as an international correspondent. His role is based on making fun of South Africa and its politics from an outsiderâ€™s point of view while using his wit to criticise some of the stereotypes that many people usually have about the country.

Kibuukaâ€™sÂ family settled in South Africa after fleeing Idi Aminâ€™s dictatorial regime in Uganda. To say it isnâ€™t easy being an African foreign national in South Africa is an understatement, but Kibuuka makes good use of his Ugandan roots in his skits drawing attention to just how xenophobic South Africa can be.

When Comedy Central announced that Noah would be taking over The Daily Show,Â some people went digging into his old tweets where they found tweets offensive towardsÂ Jews and women.

Kibuukaâ€™s style of comedy also often usesÂ stereotyping and sexism. As a writer working behind the scenes, he has not beenÂ cast in the limelight asÂ Noah has, but we wonder how long itâ€™ll be before the Twitterati start digging through his tweets as well.