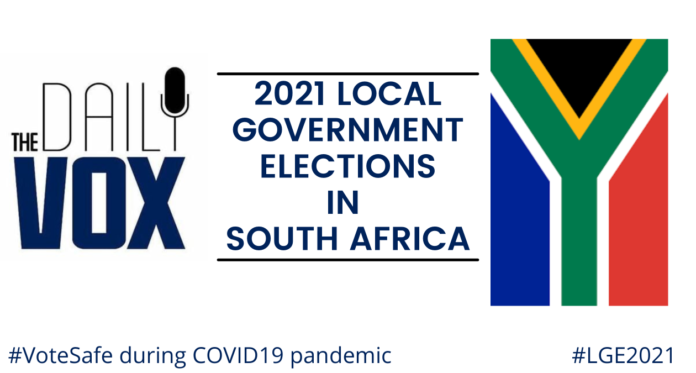 There are now 11 days left for the 2021 local elections. Political parties are rounding up their campaigns and doing a final push to persuade voters into their corners. But soon, all of that will be over and it will be left to the voters to decide. On November 1, voters will decide who will lead local governments.

As with any election there’s a flurry of speculation and forecasts. Who will be the mayors in the country’s big cities? And what about councillors? Do independent candidates stand any chance?

The greater mystery however is often the voter.

It is near impossible to understand and unpack the psyche of every single voter. Some people will vote according to emotional lines. There are others who vote for the tried and tested, the known quantities of politics. Then there are others who will perhaps vote just to ensure the ruling parties don’t get their votes. There are even those who will line up just to spoil their vote. All those are perfectly fine under South African democracy.  But regardless of how people vote, there are a number of factors and issues that are likely to influence who voters put their X next to come voting day.

During a conversation with Dr Caryn Abrahams, a senior lecturer at Wits University’s school of governance, she said one of the defining features in this election will be the impact of growing mistrust of the ruling African National Congress (ANC) by ordinary residents everywhere. While these elections are about local government and governance, there is just no separating the actions of the national leadership. And it goes beyond the ruling ANC as well. There is a distrust of many political parties especially those ruling in the various metropolitans and wards around the country.

So far in talking to various communities on the ground the same challenges came up. They mirror what the political parties are promising but not really fulfilling. Everyone has mentioned the lack of basic services like water and sanitation. They say electricity prices and joblessness add to their concerns daily. Many communities have also said they have lost faith in their current ward councillors. The sentiment is that independent candidates and newly formed community-based parties would get their votes. We anticipate more apathy, but people seem to be more motivated than ever to cast their votes. They want change but want to see results too. There is definitely a rise in active citizenry.

And we think that collective voice – regardless of who is voted in – is going to be an important and defining factor for these elections. Dr Abrahams said as well: “Finally I think that residents, community organisations and other civic structures are beginning to understand the value of becoming much more engaged, active and vocal in ways that go beyond physical acts of violent protest, but real engagement with the state through accountability structures that exist and those that will have organically form(ed) over time.”

The Daily Vox team will be putting together a special election newsletter for the next couple of weeks. Sign-up here to receive the newsletter.