Home The Arts The day the music died: Whiteness has forgotten the black roots of...
WhatsApp
Facebook
Twitter
Email
Print 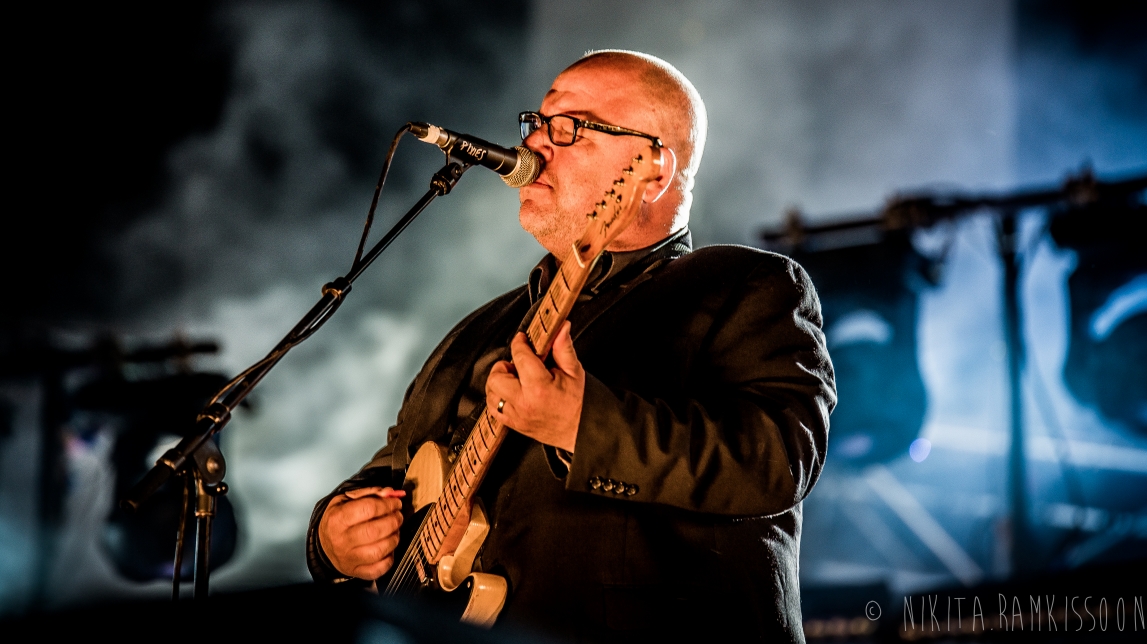 Saturday was a bittersweet day as I saw legendary indie band Pixies perform in South Africa for the first time at Rock on the Lawns, and at the same time, the world also bid farewell to Chuck Berry – considerably the father, grandfather, and godfather of rock â€˜n roll.

Berry had his roots firmly planted in rhythm and blues but in his music, he refined and developed it into the magic that sets rock â€˜n roll apart from other genres. His unparalleled style that included heavy guitar solos and flamboyant activity on stage, and the lyrics focused on the youth. Needless to say, Berry was a major influence – if not the biggest influence – on rock music as we know it.

Meanwhile, at Carnival City, the crowd waiting for Pixies to play didnâ€™t even know who the hell Chuck Berry was. Much of the conversation going around in the audience was about how refreshing it was to finally have a music festival that was pure rock music. This sentiment came out of the mouths of at least ten beer-drinking, Metallica t-shirt-wearing white people. Granted, some of them knew a grand total of two songs by Pixies – the prolific Where Is My Mind and Here Comes Your Man – but some were at the very least somewhat knowledgeable about the bandâ€™s music that was released on tape back in the late 1980s. Both Berry and Pixies founded the style of their respective generations. Pixies, with their shoegazing blasÃ© sounds paved the way for the rock surge of the 1990s – influencing the likes of Nirvana, Radiohead, The Strokes, and even David Bowie and later, Arcade Fire. Berry, however, didnâ€™t just influence his generation. He shaped the genre to be what it is today – indelible guitar licks from artists displaying brash self-confidence and memorable solos with almost cult-like fanaticism behind it.

And there I was on Saturday, standing amid a sea of white people, wondering what true rock music is.

Itâ€™s difficult to talk about the racial pedigree of rock music without being accused of reductionism, and the influence of both white and black musical traditions cannot be measured. Itâ€™s also difficult to fight off the black exceptionalism argument when it was Rolling Stone magazineâ€™s best guitarist of all time, Jimi Hendrix, who made famous an otherwise (lyrically brilliant but) sonically boring All Along the Watchtower by Bob Dylan, and the same black man who made Slow Hand himself, Eric Clapton, storm offstage in fury as Hendrix upstaged him by just doing what he did best – play guitar.

But it is very easy to say, without a shadow of a doubt, that itâ€™s now a white genre.

Director of AMP Events, which brought Pixies to South Africa, Andy Mac, says the event on Saturday was aimed at showcasing rock in all its forms to the audience. â€œIt was the intention to put on a rock festival with a variety of types of rock â€¦ CrashCarBurn to Prime Circle and then Springbok Nude Girls â€¦ it was a cross-section of the genre.â€ He says itâ€™s also out of pure love for rock music, unlike many festivals which try to do everything and cater to every audience in one. And yes, Rock on the Lawns was an eclectic mix of rock music in all its forms. But itâ€™s as if the black faces that brought rock â€˜n roll to the fore have been forgotten in the genreâ€™s history. There were no black musicians in a concert meant to represent a whole genre. Despite that not being the intention behind the festival, the reality is quite stark that black people in rock music is now a thing of the past.

I am a huge rock music lover, so it was a shock to the system the first time I attended a music festival and was asked by a fellow journalist what an Indian woman knows about rock â€˜n roll. Iâ€™ve had the legitimacy of my knowledge of the genre being questioned at every turn because I have brown skin.

When one thinks about the biggest names in rock â€˜n roll, we think of the immeasurable god-like names like Led Zeppelin, Dylan, Clapton, The Rolling Stones and The Beatles. But when you look at music as a whole, and who influenced the genre over the years, itâ€™s the black people who shaped it, evident in Rolling Stoneâ€™s 100 greatest artists of all time.

â€œThe night Jimi [Hendrix] died I dreamed this was the latest step in a plot being designed to eliminate blacks from rock music so that it may be recorded in history as a creation of whites. Future generations, my dream ran, will be taught that while rock may have had its beginnings among blacks, it had its true flowering among whites. The best black artists will thus be studied as remarkable primitives who unconsciously foreshadowed future developments.â€

In the US, this dream – or nightmare – took hold not too long after Hendrix died. Not many people remember a young Dylanâ€™s transformation of the anti-slavery anthem, No More Auction Block for Me, into Blowinâ€™ in the Wind, a song that would become an important landmark release for the American civil rights era. In South Africa, itâ€™s even more of a stark reality with black faces notably missing from the main stages of most festivals the country has to offer.

Festivals like Rock on the Lawns need to start being more inclusive of different races to diversify audiences and bring back the black lived experience to a genre that was misappropriated to the point of complete exclusion. It is only by inclusion now that we can get to the point where we stop looking at the colour of the band members and just listen to the music because people like Chuck Berry appealed to everyone – not just a black audience. And itâ€™s there from which we should take inspiration.