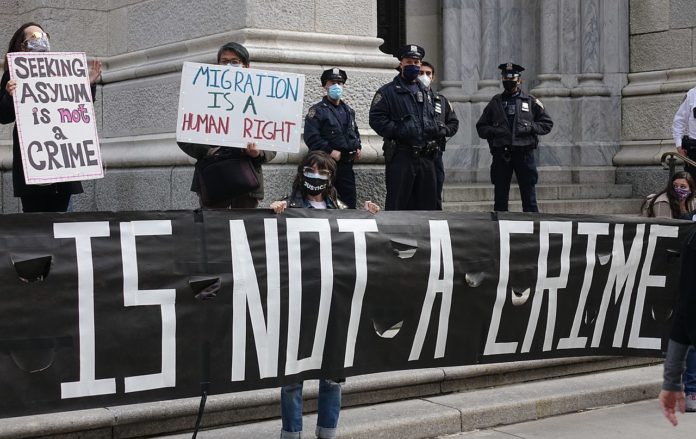 Conversationally and in the news, many people use the terms interchangeably. So, what is the difference?

What is the difference between a migrant and an immigrant?

A migrant is a person who willingly moves to another country temporarily and can return to their home country any time they wish to. People who can be considered migrants include internal migration. These are people who move from one region to another inside the borders of a country. A migrant can refer to a temporary movement.

An immigrant is a person who moves to another country intending to settle there permanently. Immigrants move from their home country willingly and legally enter another country with the help of visas. They apply for permission to enter and live in the country permanently. This is to help qualify them to work without any restrictions.

No matter which term you are using, both groups of people have left their country and moved to another country.

What is the difference between an immigrant and an emigrant?

Why do people migrate?

People migrate for many different reasons. These reasons can be classified as economic, social, political or environmental.

What is the difference between an asylum seeker and a refugee?

An asylum-seeker is a person who has left their country and is seeking protection from persecution and serious human rights violations in another country. Asylum-seekers haven’t yet been legally recognised as refugees and are waiting to receive a decision on their asylum claim. Seeking asylum is a human right. This means everyone should be allowed to enter another country to seek asylum.

A refugee is a person who has fled their own country. They might have fled because they are at risk of serious human rights violations and persecution there. The risks to their safety and life were so great that they felt they had no choice but to leave and seek safety outside their country. This is because their own government is not protecting them or are the ones putting them in danger. Refugees have a right to international protection.

The Belarus-Poland border crisis is a new crisis. In November 2021, a group of around 2,000 migrants, refugees and asylum-seekers, gathered at the border between Belarus and Poland. The group included women and children, hoping to cross into the European Union. The Polish border guards have been using water cannons and tear gas to turn back migrants.

According to the Migration data portal, migration to and from countries in Southern Africa is driven by a number of reasons. Those reasons are largely the pursuit of economic opportunities, political instability and increasingly, environmental hazards. An estimated 2.9 million migrants resided in South Africa at mid-year 2020.

Thousands of Zimbabwean permit holders are living in uncertainty because the South African government has not yet indicated whether it will renew their permits. South Africa has also seen a number of xenophobic attacks over the past ten years – driven by a number of factors. Despite that, migration and immigration has still continued to the country.