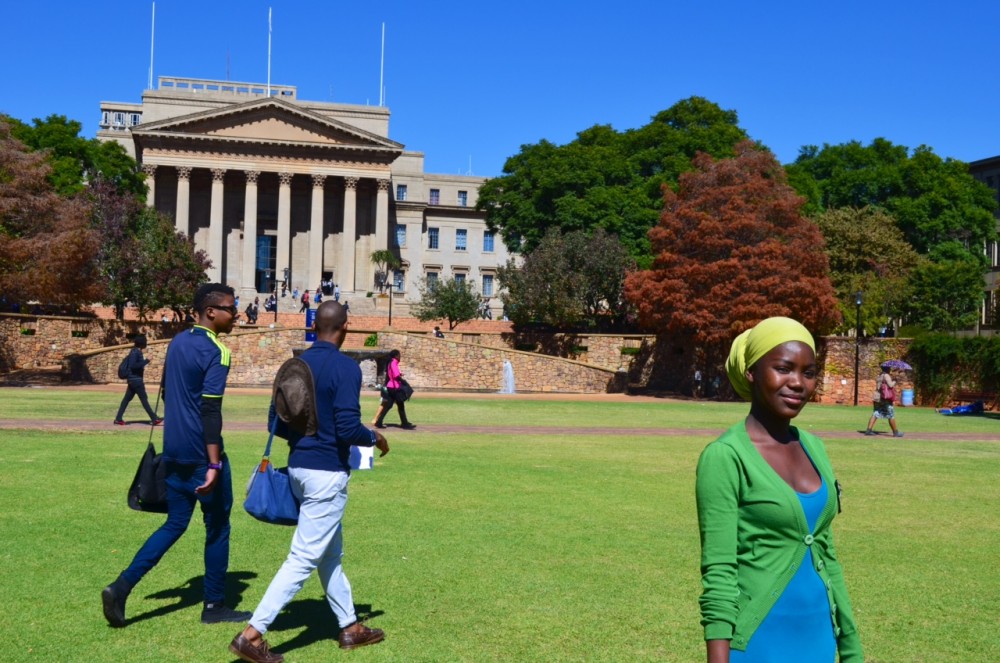 PONTSHO PILANE spent election day in line at the Wits University voting station. And, despite, theÂ rhetoric that describes the born-free generation as apathetic, she was impressed by many studentsâ€™Â commitment to voting in our fifth democratic elections

I spent election day, 7 May, at the Wits University voting station. Naturally, most of the voters registered there were students and, by about 7.30am, there were more than a hundred people already queuing.

Although the voting process began quite slowly, the IEC officials soon realised that they needed morevoting booths. The number of booths was doubled to accommodate the long lines of Witsies that were coming out to vote.

Refilwe, an 18-year-old first-year Bachelor of Arts student was excited to vote. â€œI am voting because I believe my vote can make a change,â€ she said. Like many other voters, Refilwe wants change and she believes she can be an active participator in creating this change.

One of the most common narratives when it comes to â€œborn freesâ€ is their lack of interest in politics and governance. Baba Sicelo Ngonyamana, a 59-year-old security guard at Wits, proudly told me that he has been voting since 1994 – and that the feeling of joy and happiness never goes away. He encourages young people to vote because we get to be part of the progression and growth of South Africa and that is a privilege many were not afforded pre-1994.

Although there were a few students who had decided not to vote, there were many first-time voters present at the Wits voting station. This can be directly linked to the high levels of political activism that are part of the culture of the university and its students. Both Economic Freedom Fighters and African NationalCongress Youth League representatives were present throughout the day and, despite their political party rivalry, it was clear that there is genuine passion for South Africa and its future development.

â€œI wish South Africans could be seeing what we are seeing today, because South Africa is always rewriting history. Political analysts and doomsayers are always saying that first-time voters do not vote. I am here to say that that is a lie and it has been proven todayâ€ says Mcebo Sisulu, who was impressed at the turnout at Wits.

Many people inconvenienced themselves so that they can become a part of history, so that they can be part of the decision making body of the democratic process of South Africa. These sacrifices may not be of the same calibre as those of Steve Biko, Nelson Mandela and Walter Sisulu; however, the youth is taking a stand. Many first-time voters braved the cold and the long lines at Wits to be part of the change they are yearning and hoping for. To say that I am inspired is as understatement.

â€œWe do not need liberators anymore: we need leadersâ€, say a group of young men waiting in line to cast their votes. Looking back at all the young people I have met today, I can decisively say that we have leaders who will be at the forefront our countryâ€™s healthcare, education, politics and economy. Elders, you need not worry – this country is in great hands.