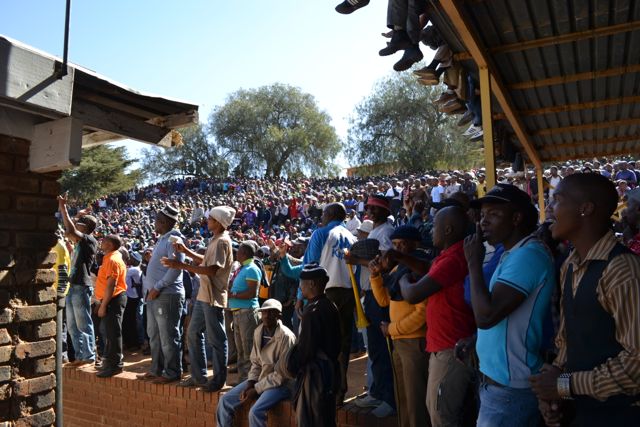 TESSA DOOMS feels that instead of invocations of the past and the right to complain, the motivation to vote in this yearâ€™s election should stem from a vision of the future.

The 2014 election could be dubbed â€˜the election of the Born-freesâ€™.

An estimated two million new voters have registered for this election. Many are aged 18-24 and will be eligible to vote for the first time in a national and provincial vote. There are many unknowns when it comes to this new generation Do they value their vote? Are they interested in voting? What will motivate their choices in the voting booth? While these questions can be debated and contested, one thing is clear: new voters represent an opportunity to change voting culture and electioneering in South Africa, if they decide to make their voices heard.

Traditionally, the two predominant discourses about voting motivations have been historical and reactionary. First, many South Africans have been motivated to vote based on a sense of responsibility linked to the price paid for democracy. Secondly, and more recently, voters have been challenged by the notion that voting gives them the right to complain when the governments or politicians of the day do not deliver on their duties or promises.

Surely our vote means more than a homage to the past or a means to legitimise our grumblings? Born-free voters have a golden opportunity to make these elections about the future, not the past; to make them about proactive casting of vision, rather than reactive moaning about current realities.

In recent months I have asked many young people what I regard to be one of the most important questions at election time: â€œWhat do you want in exchange for your vote?â€ Surprisingly, most young people do not have an immediate answer to this question. This is even true for those who have clearly decided who to vote for. The reality is that, if our party representatives were in the room offering us â€œanythingâ€ just for our vote, our request would likely be generic, off-the-cuff, and would not give much of a challenge to politicians. We must start to require more for our vote, value it more. We must have something that we will hold politicians accountable for post-May 7th. It is the first step in what I hope will be a continued journey of active participation in democracy beyond the vote.

Young South Africans will go to the polls in 2014. The greatest cohort of voters are young, and the most pertinent social and economic issues affect the youth more acutely than anyone else. The challenge for young South Africans will be if they understand the power of their voice and vote during election season, and use it to force political parties to speak to them rather than about them.

Moreover, the greatest victory for young South Africans would be that they begin to see their vote as access to broader and active participation in shaping the country that will determine their future.

Tessa is a director at Youth Lab, a sociologist and passionate young South African trying to â€˜make it countâ€™.