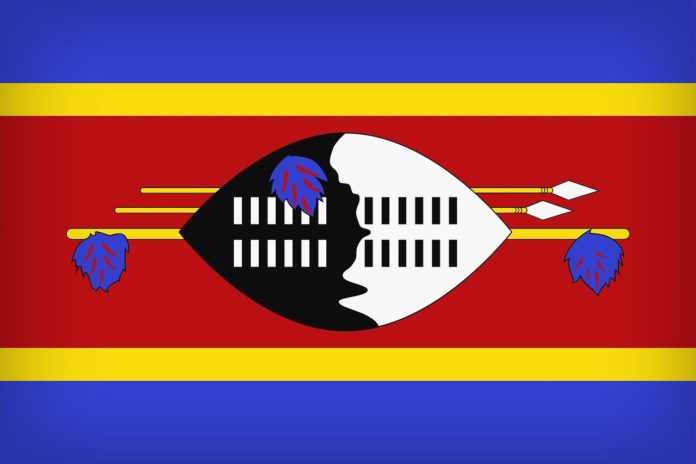 The people of eSwatini have been protesting against the king and the country’s monarchical system. People from across the country have joined the protests – calling for democratic reforms. They’ve called for #KungahlwaKwenile, a campaign targeting the King and government properties. Here’s what you need to know about the ongoing protests.

Why are the people of eSwatini protesting?

The protests began in May 2021. Students protested against the killing of Thabani Nkomonye, a law student at the University of Swaziland, allegedly by police. eSwatini youth believe that Nkomonye is a victim of police brutality. They took to the streets in protest, and tweeted with the hashtag #JusticeForThabani. This led to authorities launching an inquest into Nkomonye’s death.

In late June, protesters took to the streets of the Manzini district demanding democratic reforms.

The national police commissioner, William Dlamini warned there would be “zero tolerance” for anyone who breached the ban on protests.

The Swaziland News reported that an anonymous pro-democracy leader said a new protesting campaign called “Kungahlwa Kwenile” will target the properties of King Mswati and the government. No schools, clinics and any institutions essential to the public will be targeted for now.

The leader says this escalation is due to police responding violently to peaceful protests. Clement Sihlongonyane, a senior superintendent, who commanded the police officers who were shooting protesting citizens said their constitutional rights had been revoked as per the King’s orders.

“If they fail to open negotiations within two weeks, the protesters must start burning schools and other properties. Yes we need schools but we would rather start afresh in a new Government instead of tolerating the ongoing shooting of citizens,” the pro-democracy leader said.

The government of eSwatini dismissed claims the King had left the country. Earlier reports alleged the King had fled to Johannesburg.

“Following the false media reports circulating, I would like to take this opportunity to assure eMaSwati and the international community that His Majesty, King Mswati III is in the country and continues to lead in working with the government to advance the kingdom’s goals. Government will update the nation on the interventions on the current situation as the day progresses.

“In the meantime, we appeal for calm, restraint, and peace for all eMaSwati,” Masuku said.

The Swaziland Solidarity Network (SSN) says South Africa could carry the burden if it does not intervene in the crisis in Eswatini soon. SSN spokesperson Lucky Lukhele said told TimesLIVE South Africa and Mozambique should intervene on behalf of the Southern African Development Community (Sadc).

“If they allow the blood to spill, there may not be any soap to wash the blood. The situation may be so dire that people will flee into SA,” said Lukhele. “South Africa will find itself absorbing half the Swazi population, which will add to the burden already added by Zimbabweans and many other African refugees who are in SA. It’s in the best interest of SA to intervene on behalf of the Sadc,” Lukhele aded.

Social media updates have stated the internet had been shut down in eSwatini.

On Wednesday, June 30, cellphone network MTN confirmed a disruption to its services in Eswatini amid violent protests in the kingdom.

“Meeting our customers’ needs remains a key priority for us. We are committed to restoring our services and connectivity as soon as possible. We encourage all our customers to make use of the self-service offerings through our digital platforms.” said MTN Eswatini CEO Wandile Mtshali.

“As a precaution, we are exploring all necessary measures to ensure the safety of our customers, staff and partners. We will monitor the situation and keep our customers updated on all relevant developments.”

MTN Eswatini says it will continue engaging with all relevant stakeholders and authorities to minimise and limit the duration of the disruption. “We remain committed to ensuring a peaceful, harmonious, and respectful relationship with all stakeholders in Eswatini.”

The Economic Freedom Fighters Swaziland (EFFSWA) released a statement condemning the killings of unarmed citizens by the eSwatini army. The statement said that 30 Swazi citizens and hundreds more have been injured. They made a call to the international community, the African Union and Southern African Development Community (SADC) to cut all ties with eSwatini until a fully-fledged multi-party democracy is achieved.

In 2011 pro-democracy protests were unsuccessful. The protests were in response to the 38th anniversary of the banning of political parties. The protesters did not want to oust King Mswati III but called for a constitutional monarchy.

The protesters have currently demonstrated near border posts, preventing food and goods from entering the country, in a bid to bring the economy to a standstill.

On Wednesday, June 30, Eswatini Beverages was set alight by demonstrators.

Lukhele said this is one of many businesses (including the sugar belt and the forestry industry) that’s linked to King Mswati that have been attacked by protesters.

“Any major business, be it mining or car dealerships, the King demands a share from them of between 49% and 51%. The Swaziland brewery for instance, through a company owned by the king, has a  shareholding of 49%. The people went in not to burn SA Breweries (SAB) — the brewery is a subsidiary of SAB — but because of the hands of the king on the shares,” said Lukhele during an interview with the Sowetan.

Swaziland news has reported that Mlungisi Makhanya, the President of the People’s United Democratic Movement (PUDEMO) has demanded that King Mswati withdraw the army from attacking all civilians as a matter of urgency.

The South African government has released a statement expressing concern over rising political tensions in eSwatini. Clayson Monyela, the department of international relations and cooperation (DIRCO) spokesperson said they are concerned at the loss of life and destruction of properties. Monyela also said the SA government urges eSwatini security forces to act with restraint to protect lives and properties. He added that political players and civil society engage in talks about the challenges in the country.

Menzi Ndhlovu, Signal Risk’s Southern and East Africa analyst, said the protests in eSwatini are a culmination of pent up grievances over the political, economic and social status quo exacerbated by the pandemic.

“EmaSwati have been agitating for democratic change for years, but the monarchy has been able to ride them out with stick and carrot measures. For instance, in 2011 – during the so-called Swazi spring – observers thought that this would be the moment of change but the monarchy was able to ride these out as well. However, there is a sense that the current moment is particularly ripe,” Ndhlovu said.

Ndhlovu added that this is the first time opposition parties, trade unions, student bodies and the general public came together demanding change. “History has shown the monarchy and government will intend to ride out the protests by force and compromise, with political concessions.”

“The one concern is the fight of emaSwati to South Africa, which would add further strain on South Africa’s fragile socio-economic landscape. As such, if the protests continue to escalate we could see SADC intervene in the attempt to bring stakeholders to some sort of political compromise,” Ndhlovu said.

#SwaziJustice: The path to freedom goes through prison