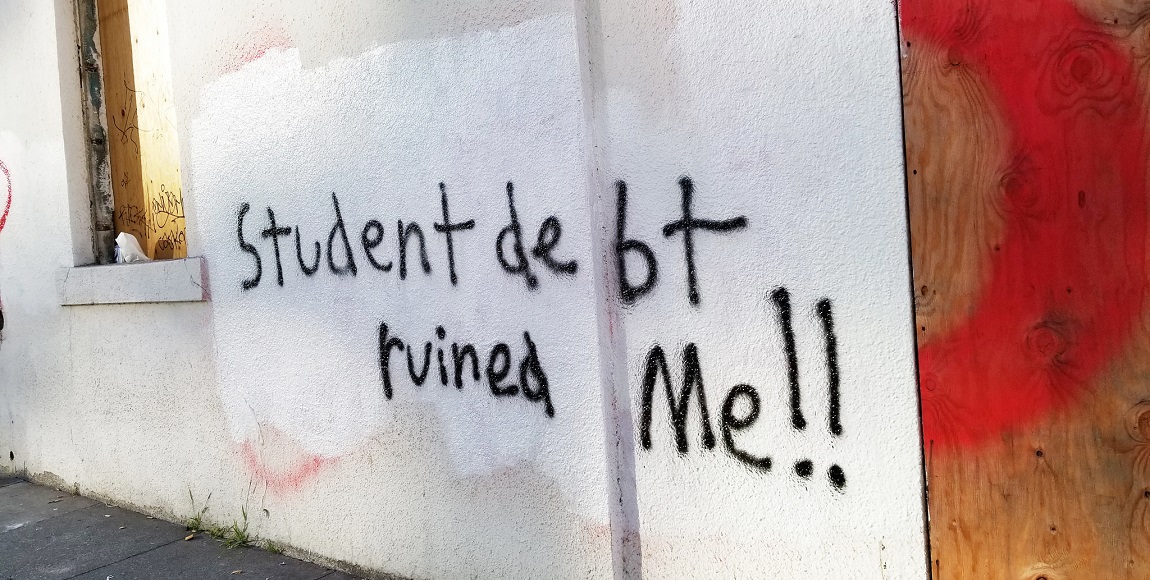 University students have been protesting for free, decommodified and decolonised education since 2015. In January 2016, President Jacob Zuma in January 2016 commissioned an inquiry into the viability of free education and after an extensive wait, the Fees Commission report was released on November 13. The report does not find free education viable or in the best interests of South Africaâ€™s higher education sector saying, â€œthose who can afford to pay must payâ€. As a solution to a transformed and expanded higher education system that is both affordable and accessible, the report proposes an income contingent loan (ICL) system. The Daily Vox explains how the ICL system is supposed to work.

What does the Fees Commission mean by â€œincome contingent loanâ€?
An ICL system allows students to take out a loan – with funds from the banking sector – at the beginning of their studies; the expectation being that it will be repaid once their earnings exceed a specific income threshold. The proposed system is based on research by academics George Hull who holds a doctorate in philosophy and Lorenzo Fioramonti who is a professor of political economy. Their studies are attached to the report as annexures.

Who is eligible to apply for an ICL?
Anyone can apply for an ICL. Students need only be accepted at a university thereby proving their academic aptitude. The report also proposes that such loans could be offered to students attending private higher education institutions too in the longer term. Even students with university debt could be offered loans. This is seen as a progressive approach to satisfy studentsâ€™ qualm that they must perform their poverty to qualify for current loan system, the National Student Financial Aid Scheme (NSFAS).

Sounds too good to be true. How does the repayment work?
Students will be allowed to take partial or full loans to cover the costs of their study which will be lent to them by the banking sector. Upon graduation and employment, students would repay the debt in annual instalments at a favourable rate for a period to be determined or until they have repaid their initial loan. This loan will be paid in addition to income tax. However, payment will only start when a certain minimum income threshold has been met. The threshold has not been specified. The interest rate will be at its lowest rate but will increase as the graduate’s income increases. The report also recommends that repayment is structured so that highly successful earners repay more than the loan costs to make the scheme more financially stable.

Interestingly, the income threshold does not take â€œblack taxâ€ into account when determining repayments in relation to income. If students wish to emigrate on graduation, they would be required to repay their loan immediately, and a surcharge could be levied.

Who will fund the ICL scheme?
The report proposes a cost sharing model for funding as it considers higher education and training both a public and a private good. This is despite studentsâ€™ calls for decommodified education. In the short term, a large amount of money would be needed to fund the system for three to five years until students graduate and start making repayments. The commission recommends involving the private sector and banks.

Fioramonti recommends that the state can either guarantee the loan or purchase the loan from banks, so that the student becomes a debtor in its books. He proposes that government repays each student loan to the bank at a given date, for example, five years from the first advance. The report says the Banking Association of South Africa has expressed the interest of its members in participating in such an ICL scheme but has remained uncommitted. The South African Revenue Services (Sars) is suggested as the collecting agent for loan repayment through its normal processes. (This is despite that Sars is a public state body that will collect funds on behalf of the private banking sector.)

The report suggests that funding can be found from BBEEE contributions, amending the UIF Act to release R50-billion of its accumulated surpluses and the long unclaimed pension benefits which add up to over R42-billion in funds. This is on condition that government guarantees repayment if a demand for the unclaimed pension is made.

Is this better than NSFAS? What happened to ISFAP?
NSFAS is the current government scheme that provides loans and scholarships to cover studentsâ€™ tuition, accommodation, living expenses and travel during the course of study. Itâ€™s applicable in 25 public universities and 50 public FET colleges in SA. The report identified various problems with NSFAS including lack of resources to offer full-cost loans; low-recoveries; administrative problems; and top-slicing by institutions.

Last year, government proposed the Ikusasa Student Financial Aid Programme (ISFAP) to replace NSFAS. This is a private/public-funded scheme available to students whose household income is R600 000 or less annually with a focus on disciplines like medicine, pharmacology, actuarial sciences, engineering, artisan courses and some in the humanities. ISFAP is available as a combination of grants and loans depending on household incomes. Its feasibility is currently being tested.

ICL differs to NSFAS in that repayment starts at too low an income threshold (R30 000 p/a); repayment is not linked to the tax system; and the loans are not offered to all students (only the very poor). NSFAS is also funded only by government. It also discontinues the NSFAS condition where students who pass all the courses they are registered for in a funded year, get 40% of their loan converted to a bursary. ICL is proposed as a variation or extended version of the ISFAP model.

What are the pros and cons of the model?
Pro: A fairer element of the ICL is that it determines loans based on academic merit and does not expect students to â€œproveâ€ their poverty with proof of parental or family income to qualify. It also allows students to study what they choose and doesnâ€™t determine loans based on preferred subjects like engineering or agriculture.

Cons: A major con, according to Equal Education researcher Philile Ntombela-Masson is that it â€œignores the calls for fee-free education, and instead shackles poor young people with debt.â€ It also ignores black tax. Ntombela-Masson told The Daily Vox that young students often have families that depend on them – which banks probably wonâ€™t consider when they calculate repayments.

â€œThis system is another example of the commodification of something that ought to be a public good,â€ she said. â€œOne wonders why the government chose to guarantee loans for higher education, rather than effectively budgeting to provide free higher education to the poor.â€

The report says the model is true to the request for â€˜free education for the poorâ€™ as students who never earn above the minimum income threshold never have to repay loans. However, this basically says that education is free for a graduate if they are trapped in poverty afterward.

The ICL model is not better than NSFAS, Ntombela-Masson said. NSFAS repayments are capped and interest rates only change at the beginning of each new financial year, students that did well academically can look forward to the slight relief of 40% of their loan being converted into a bursary. However the ICL system “proposes strict academic requirements” for continued access to an ICL and, it would seem, no possibility for a loan-to-grant conversion, she said.

How did similar schemes fare in the UK and Australia?
Similar systems have been instituted in both the UK and Australia, and have not been successful. Australia has about $50bn (R542.19 billion) of student debt on the books, with about 23%, or $11.3bn (R122.53 billion), expected never to be repaid under its Higher Education Loan Program scheme according to a recent article in The Australian.

The report acknowledges the problems by similar models but says this can possibly be countered by some form of fee regulation and enrolment planning.