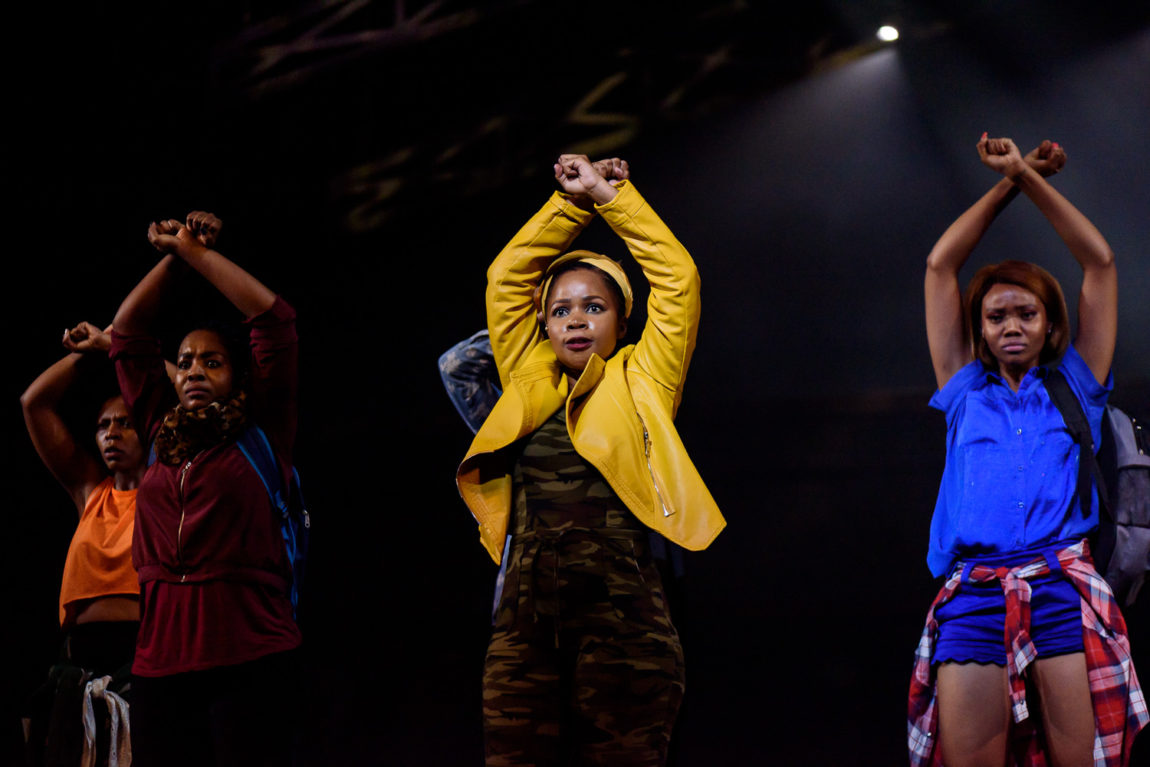 Following the 2015-2017 Fees Must Fall (FMF) movement, there have been many popular culture interpretations. From books to movies and documentaries everyone has tried to narrate the FMF story. Currently playing at the South African State Theatre (SAST) “Freedom” Musical is another such story.

“Freedom” is the story of Phindile, Tshwane University of Technology student and FMF leader. Raised by her grandmother Phindile’s journey through university is not a smooth one. During her academic years, she’s forced to date older rich men to survive at the campus. She gets raped by her boyfriend and becomes vilified by society and the justice system.

Assistant director Reabetswe Motlana spoke to The Daily Vox about the production’s success.

“Freedom is something that we want so badly. A lot of the things that are happening to the characters within the play can speak to you if you feel like you don’t have anywhere else to go,” said Motlana.

There is a scene where Phindile says: “There are people who have died from femicide whose names we don’t know of. There are children who come from places where they are very unfortunate. They are trying so hard to get this education,” she said.

Motlana says this freedom is something the characters are striving for and doesn’t end when the curtain goes up.

Motlana says Phindile doesn’t only tell the story of one person, but instead of a lot of women.

“A lot of things are happening to her. She is playing a very vital role of encompassing a whole lot of characters. She carries the performance inspired by the late Winnie. She’s inspired by a lot of women who want through the fees must fall struggle,” said Motlana.

The musical was first shown two years ago as developmental show – outside of the theatre. From that first performance, the show has now grown and is in its second season on the stage.

Boasting a cast of 49 dancers, actors, and singers the show has grown. While telling the same story, the show has changed with the addition of new characters and cast members.

The show touches on many issues facing young people like gender-based violence, inequality, and poverty. Motlana says they want young people to be aware of these things when they watch the performance.

“Sometimes when you watch a television show you just move on. But when it’s theatre, you’re confronted with it.” Motlana said adding “Because you’re in the space you can’t go out and say I don’t want to watch this show. It makes you realise that is what someone is going through.”

She believes for this reason telling the FMF story through theatre has a big impact. Motlana says many audience have cried while watching the performance.

The show takes things a little further by putting on a musical performance. It is not just a show.

Motlana says the lyrics and the poetry within those make the show more different than if it was just a drama.

For the the 2019 Naledi Theatre Awards held in Johannesburg on May 20 Freedom received for 8 nominations.

“It feels amazing. It feels great,” Motlana said adding that the cast put in a lot of work and energy for the performances.

The show makes its third run at SAST between 30th April to 2nd June 2019. Freedom plays daily from Tuesdays to Sundays.