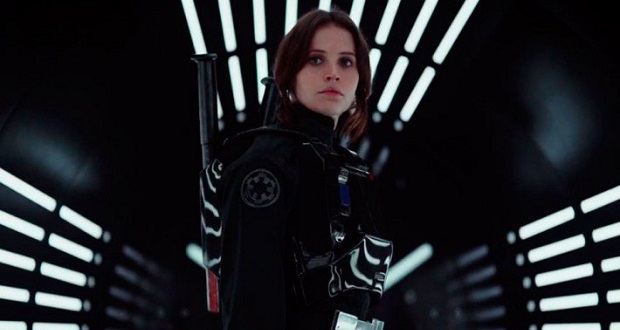 With movies such as Rogue One and Zootopia dominating with female leads, you’d think 2016 was a good year for women in the film industry. But this is far from the truth. The Daily Vox takes a look at the industry and how women were represented on and off the screen.

How well did women do in front of the camera?

Data scientist Amber Thomas took a look at the level of gender equality across the top 10 worldwide highest grossing films of 2016. Examining movies such as Zootopia, The Jungle Book, Finding Dory, Captain America, The Secret Life of Pets, Batman v Superman, Rogue One, Fantastic Beasts, Deadpool and Suicide Squad, she focused on female characters with an active speaking role, cutting out non-speaking characters. What she found was quite depressing. Not one female character in these movies contributed to even 50% of the dialogue.

Out of the ten movies, Finding Dory came the closest, with 43% of female characters having speaking roles. Rogue One was the worst, with only 9% of its speaking characters being female, and main female character, Jyn, speaking 78% of the womenâ€™s dialogue. Shocking – we know.

If you look at the research into Disney princess films, youâ€™ll find that men had more lines than the main female characters. Mushu, the male dragon, even had 50% more dialogue than Mulan, in the film where she is the title character.

How did women do behind the scenes?

If you were hoping that women did better behind the scenes, we have some bad news for you.

Executive director for the Centre for the Study of Women in Television and Film, Dr. Martha Lauzen, released her 19th annual Celluloid Ceiling report, looking at the behind the scenes employment of women on the top 250 grossing films of 2016. She found that women comprised only 17% of all directors, editors, producers, writers, executive producers and cinematographers working on these top films.

When compared to 2015â€™s stats, the study found the number of women writers increased slightly – by 2%. However, the percentage of women directors, producers, executive producers, editors, and cinematographers has decreased. Last year, 92% of films had no female directors.

What about the South African film industry?

When it comes to South Africa, the industry still has a long way to go to addressing issues of transformation and representation.

At the National Film and Video Foundation (NFVF) Indaba in 2013, the then arts and culture minister, Paul Mashatile, said there is a need to fast-track transformation in the sector with regard to ownership of production companies. â€œWe must also continue to invest in the development of skills required by the industry.â€

In the same year the Economic Baseline Study, which was released and conducted on behalf of the NFVF, showed that the local film industry contributed R3.5 billion to the economy and created 25, 175 jobs. Black people held 66% of the jobs in the film industry, with gender not being specified.

There are very few statistics available on women in South African film, but we do know that during the apartheid years, only three feature films in the country were made by women. The state of the industry post-apartheid does not look any better.