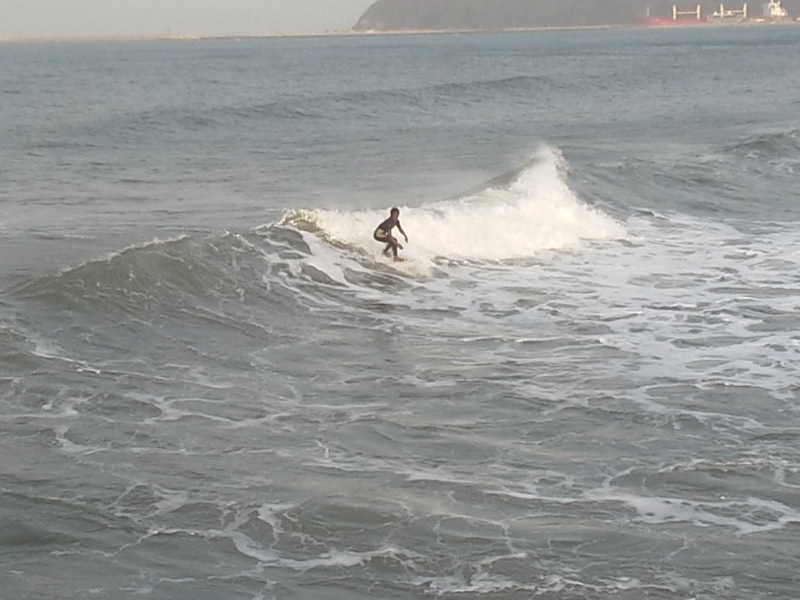 The Ballito Pro, presented by Billabong, is a professional surfing competition which is currently taking place in KwaZulu Natal form June 25 till July 1. It features some of the best surfers from around the world and South Africa. On June 24, the Billabong Juniors Series was held with Indonesian Rio Waida taking the Under 18s Men Title and South African Zoe Steyn winning the Under 18s Women Title. The picture of the two winners was put on social media and people soon noticed that something very odd: Waida had won R8000 while Steyn has a check for R4000.

There was a lot of outrage especially with people pointing out that this picture clearly demonstrates the gender pay gap that exists in sports and in the workplace generally. Many Twitter users raised the question about the gender pay gap being so blatantly displayed.

This response is nonsense , literally . They took part in the same event and both won therefore their prizes should be equal . It’s like one person getting a gold medal and another getting a platinum( more valuable ) medal for both coming in at first place . It makes no sense

Ballito Pro released a statement after the backlash, noting the concerns raised about the differences in prize money between the girls and boys divisions in the Billabong Junior Series.

The organisers maintain their stance on gender-equality which can be seen in their ongoing development of women in surfing. Collette Bundy, the festival organiser, said they would be meeting with the relevant stakeholders about how to solve any discrepancies moving forward.

The statement further goes on to say that it is the World Surf League that is responsible for implementing the criteria around prize money and that they would be requesting an outline of the process for future.

The statement is all well and good and yet, there was no acknowledgement from the company that they messed up. They posted the picture for everyone to see where it was glaring obvious that there was something wrong. Twitter users asked what kind of message was being shown here as young girls would see that even if theyâ€™re successful sportspeople in their own right, they will always come off second best when it comes to men.

If you can’t spot what is wrong with this picture, you are part of the problem.

Very poor. What message does this send our young athletes boys and girls? Girls are less important ? Less capable? Get with it Billabong

Even from their statement, both the festival organisers and Billabong have not taken any responsibility for what happened. While it is fair to say that the prize money regulations come from the main surfing board, could they not have interrogated the problematic pay gap before the tournament took place and raised questions around it prior? Addressing the issue once you have been called out on it seems a little like saving face instead of actually addressing the structural gender equality pay gap that exists.

The World Surfing League released a statement, blaming the disparity on the number of people who entered a specific event, again saying they are committed to gender equality. Unfortunately, words just don’t mean much when the sexism in the actions screams so loud.

Women in sport continue to be marginalised. On one day the achievements of women sportspeople can be celebrated and yet the next instance already there is a realisation that there is still so much to be done. It is so important that young girls see those positive role models of women in sport but also they need to see what are the benefits. Being a women in sport won’t be a attractive to young girls if they see how much they will have to struggle especially compared to their male counterparts. Mediocre male athletes are still celebrated way more than the most successful women athletes in the same field.

As the Surfing South Africa general-manager, Robin de Kock said in an interview with a Cape Town radio, in surfing at least, women and men pay the same entry fee and they should get the same prize money.

It is beyond ridiculous that women athletes have to fight for an equal share of the prize and yet be expected to perform to the same level of male athletes in order to be recognised. Corporations and sporting bodies need to be better for young men and women so that from a young age they can see that there is equal rewards and then hopefully this will filter up to professional sportspeople. However, if from a young age, boys and girls are taught that they will be treated and rewarded differently based on their biology, then there is still a long way to be for closing the gender pay gap and making sports more accessible for all.