Home Fascination The Girl At St Agnes, And The Dark Side Of SA’s Private...
WhatsApp
Facebook
Twitter
Email
Print 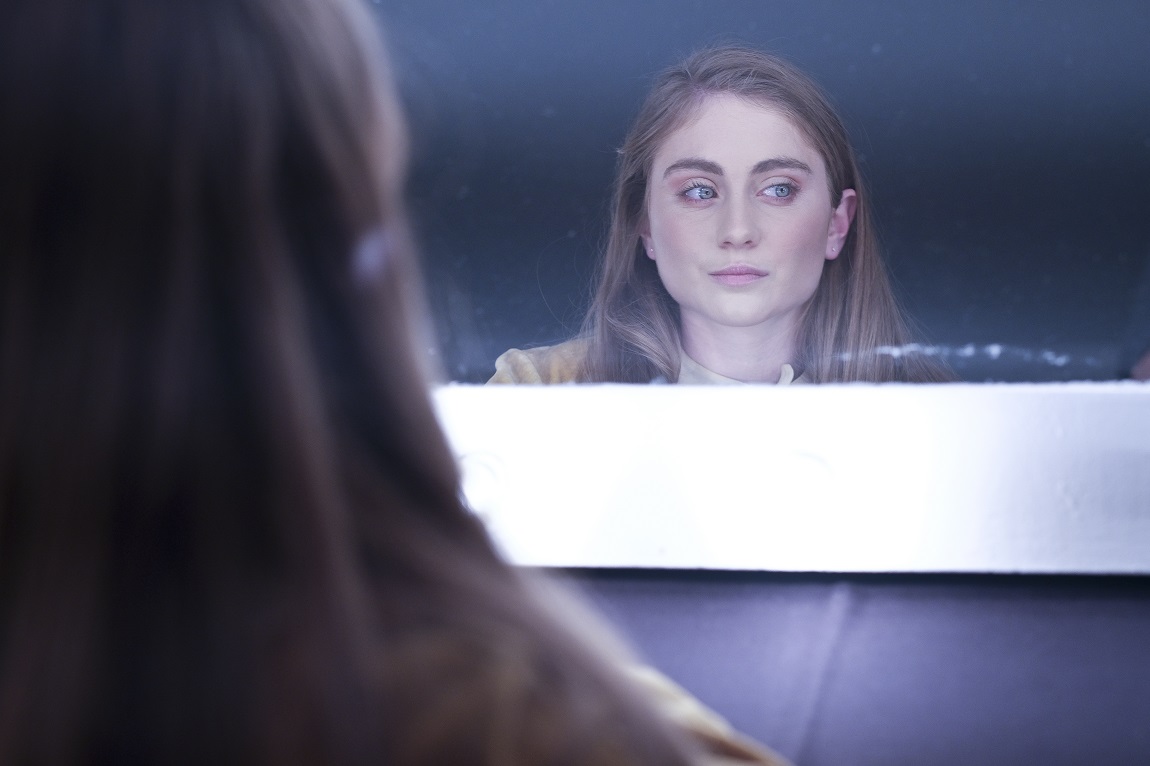 With The Girl At St Agnes, South African streaming service Showmax hopes to compete with international original created content. The show which debuted January 31 had the highest unique numbers for the service according to Showmax. FATIMA MOOSA binge-watched the show and these are her thoughts.

An old school building which could be any private school in South Africa. Schoolgirls giggling as they go to class. The air seemingly filled with innocence and happiness. Then the innocuous question – asked of the girls – which forebears the darker story emerging: “Where is Lexi?”

This simple scene is the start of the eight-episode series The Girl At St Agnes.

The series revolves around schoolgirl Lexi who is found dead on the rooftop of an abandoned millhouse on the school grounds. Her body is ironically discovered during the school’s Valentines Day dance. Her death is ruled a suicide by police. Drama teacher Kate refuses to accept this and embarks on an investigation to find out what really happened to Lexi. One of the lines from the show sums up the whodunit “No one seems to have a motive and everybody seems to have a motive”. Kate views everyone as a suspect from the groundsman to the principal to Lexi’s friends and enemies.

The truth is far more complicated.

The show deals with a lot theme-wise. Patriarchy and the systems of power it helps to maintain was a big overarching theme. The show looks at everything from paedophilia, rape, gender-based violence, infidelity, interracial relationships, toxic masculinity. There have been some comparisons made between this show and 13 Reasons Why – the book-to-series adaptation of Jay Asher’s 13 Reasons Why. Thematically they might be similar but St Agnes deals with these issues in a much more delicate manner.

Gender-based violence is something that is never far from the South African national discourse. This alone meant the directors and writers had to thread a delicate line. There couldn’t be too much gratuitous violence shown while at the same time the true realities had to be shown. It’s going to be up to the individual viewers to decide whether the show makers have succeeded or failed. They managed to intricately show the way patriarchy, toxic masculinity, and internalised misogyny influences the actions of people whether it was the male characters or female characters.

The one aspect I found lacking was a look at the way power manifests. The relationships between teachers and students and parents and children were filled with unequal power dynamics. Those dynamics influenced these relationships and had a far-reaching impact. While understanding time constraints of the show, a look at this would have given the show greater depth. It would have lent the ending and what it meant, more nuance if the characters were able to come to terms and admit the role power played.

Just days after completing the series, I set down with the show’s directors Catharine Cooke and Cindy Lee.

The pair are extremely happy that the show has been so well received especially as they think the show’s message is very important. When asked about whether they would like a season two, Cooke said: “We would love to make a season two and I hope there is a beautiful second season.” The only question they have is where would the show go in season two.

The directors said they wanted people to understand the socialisation of people and what leads them to act in a particular way. “Painting the bad guy as simply the bad guy doesn’t get people talking. When you paint the bad guy in different shades you can say okay I can understand,” said Cooke.

Lee adds: “There were only eight episodes so I think the writers did an incredible job of creating a depth of character that is so nuanced and beautifully written.”

Aimed at young people, there was a worry for the directors at how white the show was. But they’re pleased with the variety of people who have enjoyed the show. “It’s a slice of South African life. We’ve never seen SA private schools displayed on our screens. It’s not a glorified thing that there are only 30% of girls of colour. We are highlighting it to show that this happens,” said Cooke.

The show is incredible more so because it is locally made. The cast did a great job. The setting is perfectly eerie. The soundtrack amplifies the plot. It is all around a well-made show. It is easy to see the work that was put in to produce each episode. The story grips you and will leave you wondering until the end whodunit.

Despite having never attended a private school, many of the things depicted on the show were familiar. Private schools often make the news for sexual abuse by teachers, deeply toxic masculine behaviours and dangerous initiation ceremonies. This show goes into all of that in frightening detail.

The ending was slightly unsatisfactory. [SPOILER] The true perpetrator is not punished. For days after I watched it and even after speaking with the directors I wondered about this. Did I want the true perpetrator to pay for the crime? Didn’t the person who went to prison deserve their punishment? The show left me with these questions and more.

The show ismeant to reflect the real world. Reality is messy and there are no neat endings. Bad people get away with crimes every day. Victims don’t get justice. That’s the way the world works. We would like to live in a world where truth and justice prevail yet that is not the way it works. Right and wrong, good and bad are all just complicated labels. This show helps to problematise some of these but it would be asking too much for the show to have all the answers.

For the moment of its release, The Girl at St Agnes does what’s required of it. Hopefully, it will inspire the telling of more original South African stories.

The Girl from St Agnes is currently streaming on Showmax.