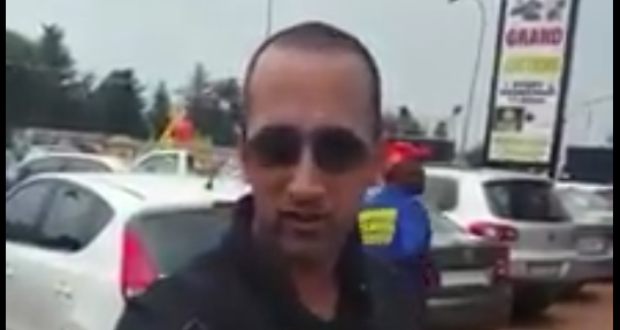 The self-proclaimed “Godfather” of Laudium, Ziyaad Janoo, hit news headlines after being gunned down in Boksburg on Tuesday night. But many people were left wondering who he is, and why he looks so familiar. The Daily Vox rounds up five facts about Ziyaad Janoo that you may not have known.

He married Raeesah Gani in 2007 and the couple have two children. The family live in Claudius, Pretoria.

Its such a pity that not many people got to know him and his heart of gold the way we did… ? We will miss you cuz. Ziyaad Janoo ?

He is known for appearing in the “Chicky Lamba“Â video for which he was arrested and charged with the illegal use of a firearm, intimidation and assault. The self-proclaimed â€œDesperadoâ€ of Laudium, Ziyaad was said to have been very wealthy (he mostly said this himself), but also guilty of owing money to many people.Â

Don’t know if you remember this video, but this guy was shot and killed last night! Ziyaad Janoo… Desperado… Double…

His hobbies were said to include tennis, smoking (!) gyming and spending time with Shakeel “Chicky Lamba” Carrim. His friends have described him as a good father, having a good heart and as someone with a good sense of humour.

Ziyaad was killed outside the Presleyâ€™s Nightclub in Boksburg on the 26th of January. His funeral and burial were held at the Laudium cemetery the next day at 4pm, in accordance with Islamic funeral rites. He was 30 years old.