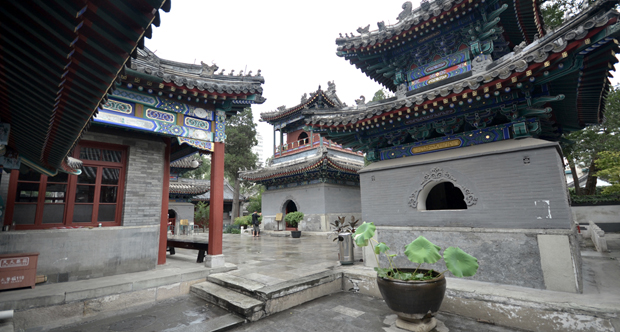 The Forbidden City. The Great Wall. Communism. Even Buddhism. TheseÂ are synonymous with China. But a mosque built in the 10th century? NotÂ so much. The Daily Vox takes you on a tour of Beijingâ€™s oldest mosque.Â

Over the past few years, Chinaâ€™s strict control over the Uyghar MusimsÂ in the Xinjiang province has come to light, particularly during theÂ time of Ramadaan, where there is a ban on fasting during the holyÂ month. Xinjiang has a long history of discord with Chinese authoritiesÂ and human-rights groups have long described systematic repression inÂ the province. Activists say the strict rules on religious education,Â fasting and the building of mosques are part of Chinaâ€™s bid to controlÂ the province, which borders eight countries, including Afghanistan.

But in Beijing, the situation is rather different. Hui Muslims faceÂ less restrictions. Minorities in China, including Muslims, are allowedÂ to have up to two children in urban areas and three to four in ruralÂ areas. Many Hui Muslims decide on one child voluntarily in a bid toÂ fit in better into Chinese society.

The Muslim quarter around Niu Jie Mosque is a confluence of food andÂ Islamic dress; it is like stepping into another world. The Niujie Mosque covers an area of about 10,000 square metres andÂ the main hall can hold up to 1,000 people. The mosque was destroyed in the 13th century by the Mongols, rebuilt in the 15th century, and expanded in the 17th century. China has about 24 million Muslims, or almost 2% of theÂ population and links with Islam go back to the 7th century. For more about the mosque, watch here:Â

– All images: By The Daily Vox Team.Â