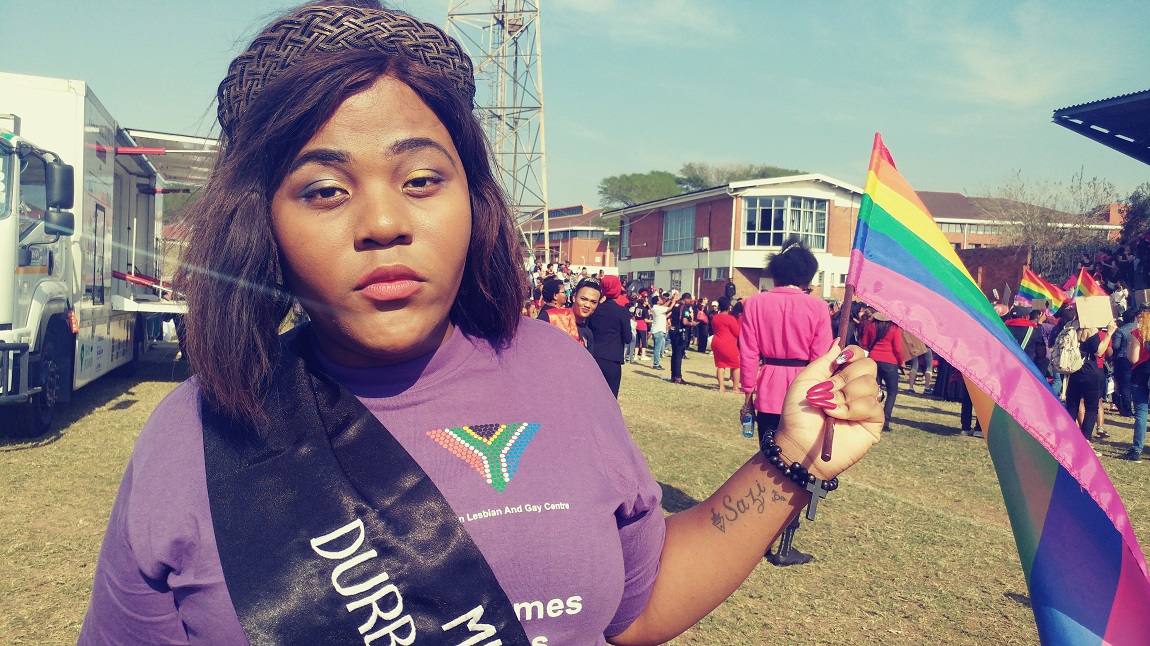 August is Women’s Month in South Africa, with 9 August being a Women’s Day. Meanwhile a total shutdown march was organised across all provinces aimed at raising awareness and fight against gender-based violence, violence against children and gender non-conforming people, a twenty-three-year old transgender woman from uMlazi, Sazi Jali shared her experience as a trans woman with the Daily Vox.

Gender-based violence is prevalent to transgender women because of the hate people still have for us. I have fallen victim of raped several times, I was first raped at the age of nine by someone known to my family and the community. He was a well known gangster and the abuse continued for about four years.

I was afraid to speak out because of threats. He had threatened to kill my family and being notoriously known for being a gangster, he might have harmed my family. Luckily he got arrested at some stage after he had raped someone else.

#TotalShutDown in Durban: “I Am Here To Send A Strong Message”

A few years later, I was was raped again and this time it was a gang rape. It almost broke me but I was strong, I started blaming myself for everything even when one of the guys was killed by the community. I blamed his death on myself but it wasn’t my fault at all because I wasn’t his only victim.

What broke me the most was the manner in which I was treated by the police when I tried to report the incident. I was asked what I was wearing as if that has anything to do with the violation against me; also, there were questions about why I’d want to become a woman if I didn’t want men sleeping with me. It’s sad when people fail to understand that no means no.

In Pictures: The #TotalShutdown March In Pretoria

My family is supportive but there was a point where I had to act like a boy just to please my mom. I also had a problem at the church, the pastors would pray for me to change because being transgender and homosexual is perceived as a sin. I pretended to have changed until 2011, when I couldn’t take it anymore. I,wasn’t a boy and I had to start making people understand that I was a girl.

Although transgender women have been there for a longest time there are still people who are not well informed about us. I also grew up thinking I was gay but I came to know the difference that I am a woman, a transgender woman and not gay. I don’t identify as a man because being a transgender woman is more than just what’s between your legs.