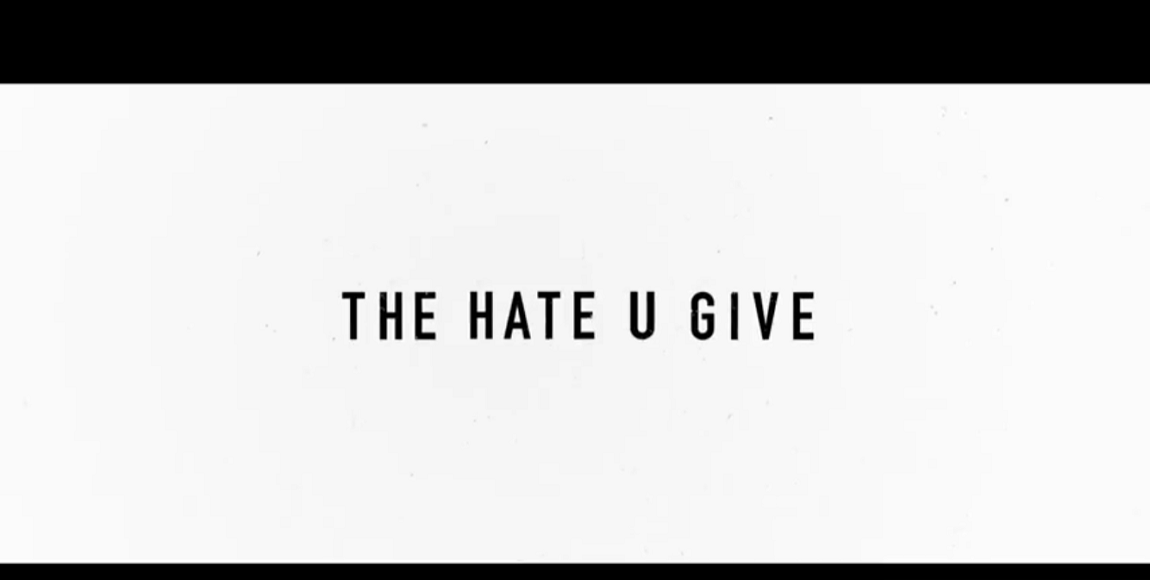 On June 25, the movie trailer for The Hate U Give or T.H.U.G book by Angie Thomas dropped at the BET Awards. The movie adaptation will be coming on October 19 in the US. The date when it will be revealed in South Africa is not yet confirmed. The Daily Vox team rounds up what you need to know about the book and movie.

I’m a black girl from Mississippi who sometimes didn’t have lights. Sometimes my family was on welfare. I’m straight from the hood, no ifs, ands, or buts about it.

The trailer just dropped for a movie based on a book I wrote.

The Hate U Give book was released in February 2017 and tells the story of a young black girl and the aftermath of dealing with her best friend being killed by a white police officer. The book was inspired by the #BlackLivesMatter movement in the United States of America as well as the murder of Oscar Grant. He was an unarmed twenty-two-year-old African-American who was fatally shot in the back by a BART (Bay Area Rapid Transit Police Department) officer in 2009. The officer was later found guilty of Grant’s murder.

The movie features Amandla Stenberg, (Rue from The Hunger Games amongst others) as sixteen-year-old Starr Carter, the protagonist of the book/movie. Starr has to walk the line between two different worlds: the black poor community where she lives and the white wealthy private school which she attends. That line between the two worlds is shattered when her friend, Khalil is killed. She is the sole witness to his death. She then has to confront the truth about her two worlds. Everyone wants Starr to speak up about what happened that night and yet doing so will mean that everything will be changed in her world.

The book has been a huge success ever since its release winning all of the awards. It has spent more than forty weeks on the New York Times bestseller list. The movie is sure to follow suit when its released. The movie stars Regina Hall as Starr’s mother, rapper Common as her uncle who is colleagues with the police officer who shoots Khalil. It also has Insecure star, Issa Rae, an activist who encourages Starr to use her voice to speak up the violence being enacted about young black people. Riverdale actor, K.J Apa plays Starr’s boyfriend, Chris.

The book title was inspired by lyrics from rapper Tupac Shakur which is the author’s favourite rapper. Just before he is killed, Khalil tell Starr: “Pac said Thug Life stood for ‘The Hate U Give Little Infants Fucks Everybody. T-H-U-G-L-I-F-E. Meaning what society gives us as youth, it bites them in the ass when we wild out. Get it.”  Those lines sum up the situation of Starr’s community where insititutionalised rand systemic racism means that her and her friends lives have been decided for them even before birth.

The book/movie is a very important narrative for the context which it was written in that is American audience as well as South Africa audience as it deals with themes of racism, police violence, interracial relationships, the concept of â€œwokenessâ€, allyship and many more topical issues that affects both societies.

Ten books to add to your holiday #TBR

T.H.U.G marked an exciting time in young adult fiction with authors tackling serious and topical issues. Thomas herself said she wrote the book as a young adult novel because most of the unarmed victims of police violence in the US have been young people. Â And while these books including T.H.U.G was written as a YA (young adult), the messages transcend young people and have become very important for depicting society as a whole. We at The Daily Vox are very excited for the movie release and best believe we will be reviewing it.