Home Features The hits and misses from Zumaâ€™s many, many days in court
WhatsApp
Facebook
Twitter
Email
Print 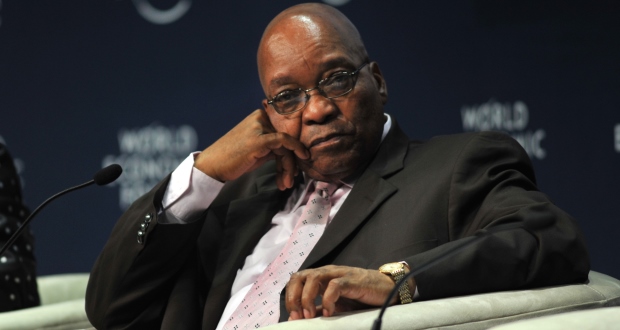 President Jacob Zuma spends a lot of his time in court or avoiding it altogether, whether heâ€™s suing someone or being acquitted of rape. DANA DA SILVA looks at all the times Zuma has been tangled up in the justice system.

1. EFF and the DA go to the Constitutional Court
The EFF and the DA are planning on visiting the Constitutional Court in mid-February to force Zuma to pay back the money spent on the Nkandla â€œsecurity uprades.â€ But Zuma beat them to it! The Presidency announced late on Tuesday night that Zuma would pay back a proposed amount that would be determined later. But the EFF and DA still plan on submitting their court papers as they want the court to assert the powers of the Public Protector.

Any settlement should reaffirm the powers of the public protector,we should all agree first that remedial actions of the PP are binding…

2. Zuma is acquitted of rape
The rape trial is perhaps Zumaâ€™s best-known court appearance. In 2006 he was cleared of raping an HIV-positive female friend, after the judge ruled that the encounter was consensual. The 31-year-old woman had accused him of rape after they had unprotected sex at his home in 2005. If this was too long ago for you to remember, donâ€™t forget that he said he took a shower after having sex with her which reduced his risk of transmission. And so Zapiroâ€™s many cartoons of Zuma with a shower head were born.

3. Spy tapes clear Zuma
The â€œspy tapesâ€ was a whole other complicated court saga. Mokotedi Mpshe, the then National Director of Public Prosecutions, had controversially dropped 783 corruption charges against Zuma weeks before the 2009 general elections.

Mpshe said he had based his decision on the â€œspy tapesâ€ in which former head of the Scorpions, Leonard McCarthy and his NPA associate Bulelani Ngcuka were having a chat about Â how to maximise the damage over charging Zuma with corruption. But thatâ€™s not the end of it. The DA will be back in the High Court this year challenging the rationality behind the NPAâ€™s decision.

4. Shaik goes to trial
The friendship between Zuma and Schabir Shaik has spanned many years, with Zuma helping Shaik out with his business interests and Shaik paying Zuma large sums of money. Or, thatâ€™s how we understand it anyway. But their relationship hit a few bumps along the way as Shaik was taken to the Durban high court on charges of corruption in 2004. A year later he was found guilty on two charges of corruption and one of fraud, with the prosecutor deeming their relationship to be â€œgenerally corruptâ€.

RELATED: Jacob Zuma is a dangerous man and we are in troubleÂ

5. Zapiro court case dropped
Remember Zapiroâ€™s cartoon where Lady Justice was held down by Julius Malema and Zwelinzima Vavi saying â€œGo for it bossâ€ as Zuma loosened his trousers? Well, in 2008, Zuma issued a summons to Jonathan Shapiro to appear in court over the cartoon. Fast forward four years later and they have still not battled it out in court. At the time, Mangaung was around the corner, so Zumaâ€™s legal team was doing everything possible to avoid the courtroomÂ showdown. Zuma later withdrew his claim for damages and agreed to pay half the legal costs.

5. DA asks for Jibaâ€™s suspension
Another one of Zumaâ€™s â€œfriendsâ€ has been under fire as the DA filed papers to the High Court last year calling for him to suspend Deputy National Director of Public Prosecutions’ (NDPP) Nomgcobo Jiba. This is based on findings by the supreme court and the high court that she displayed unbecoming conduct and was dishonest, especially in the dropping of charges against Lieutenant Richard Mdluli and in the spy tapes saga. All of which was allegedly done to protect Zuma.

6. Zuma takes Brett Murray to court
Zuma also tried to take artist Brett Murray to court over his painting â€œThe Spearâ€, showing Zumaâ€™s genitals. As the court prepared to hear an urgent application that would bar the Goodman gallery from displaying it and would force the City Press to remove the painting from its website, Zuma sent a senior advocate to stop the case. ANC supporters marched in support of Zuma, the painting was defaced, and the gallery eventually agreed to remove the painting. All without seeing the inside of a courtroom.Â Â Another example of how Zuma’s delaying tactics, and support from the right people, worked out in his favour.