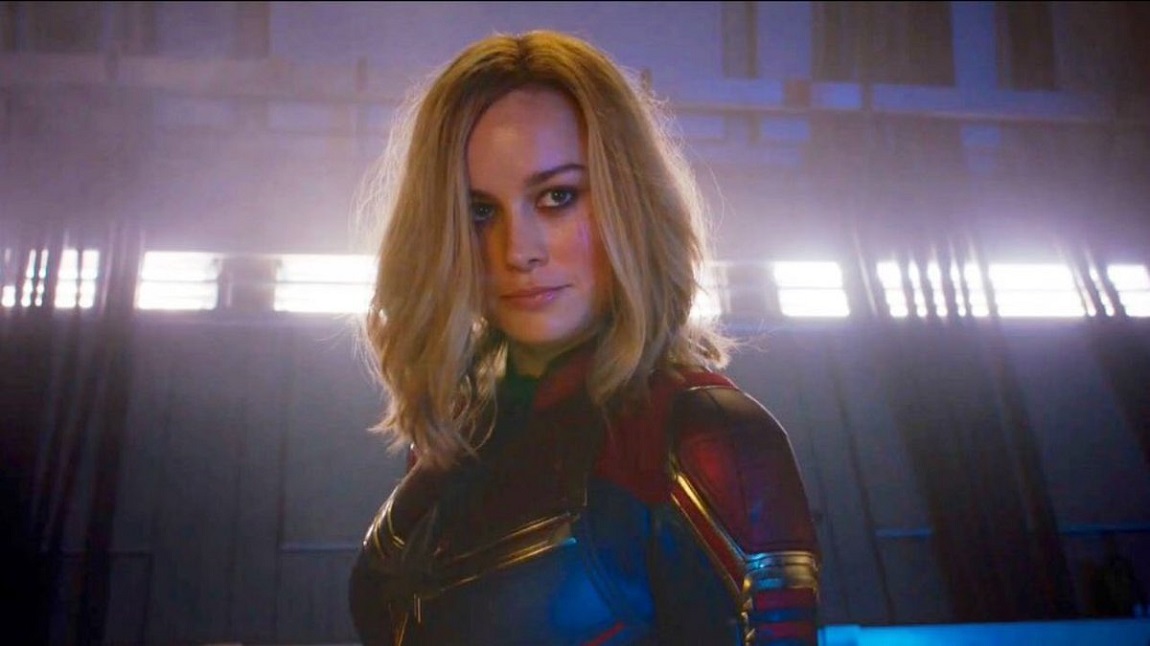 Captain Marvel (portrayed by Brie Larson) is being hailed as the next best feminist superhero. It is the first woman-led movie out of the 21 movies Marvel series. Larson and the Marvel marketing team have been selling the movie as the ultimate feminist story. There’s a difference: Captain Marvel is about a woman superhero – that doesn’t make it a feminist movie. FATIMA MOOSA writes about why movie and Marvel, in general, is problematic.

What’s the movie all about?

Captain Marvel is a cool movie. If you are a Marvel fan the movie offers up many Easter eggs for future and past Marvel movies. One of those being the origin story of Team Avengers. Even if you aren’t a big Marvel or superhero movie fan, it’s an enjoyable movie experience. From the planet Kree to Earth, the movie tells the story of Carol Danvers aka Captain Marvel and how she got her powers. Captain Marvel is supposedly one of the most powerful people in the Marvel Universe. Her role in the upcoming final Avengers movie is viewed as quite crucial.

If you’re looking for a regular superhero movie where good triumphs over evil – it’s the movie to watch. There are cute and quirky side characters. It continues with the recent Marvel trend of having characters deliver funny and lighthearted comments to break an otherwise serious scene. The fight scenes are satisfying – especially in Imax – taking place aboard a ship floating in space. The villains are especially villainous and unexpected. Brie Larson overall does a good job of playing the badass Captain Marvel. It’s difficult to not be swept away in the feels of the movie.

In this age of renewed feminist action and movements, there seems to be many misunderstanding going around. The main one that women-led action is feminist. That couldn’t be further from the truth. Both Captain Marvel and DC’s Wonder Woman were women-led movies. This doesn’t automatically mean they are feminist movies.

Wonder Woman as she is portrayed in the comic books might be a feminist icon of sorts. In the movie however she is played by Gal Gadot who has served in the Israeli Defence Force (IDF). The very same IDF who murders innocent Palestinian women and children. In that case there is a false equivalence of Gadot playing a feminist hero when her own politics supports an apartheid state.

Larson’s own politics might not be dangerous as Gadot’s. During the press junket for the Larson spoke about the need for more diversity in Hollywood – facing much backlash. That’s very .

She has been promoting the United States (US) army though which is problematic. Her Captain Marvel character Carol is a pilot with the US Armed Forces. Parts of this film and many other Marvel films are shot on US army bases. For International Women’s Day, the US Department of Defense tweeted about Larson’s experiences with a battalion. Larson speaks about meeting the female fighters pilots who “will influence the next generation of women in the military.”

Larson even said she hopes the movie inspires young women to pursue a career in the Air Force. “And I think, the feeling of the Air Force is so clear in this movie, too. I really do hope that it inspires girls and women that if that’s the path that they want to take, that they know that it’s available to them.”

This is the same US army that yearly drops bombs and kills thousands of innocent people around the world. Using a much-loved superhero movie franchise as propaganda for the US Defense is an excellent marketing tool. This army aren’t the only party who benefits.

Marvel and the army

Many of the Marvel movies are shot on US army bases. This movie has been described by Task & Force – a military news site – as “the recruiting tool of the Air Force’s dreams.” Marvel is lent military equipment and locations for their movies. In the movies drive recruitment for the army by advising the army recruitment process. Newsweek reports that the US Defense Department uses its influence over certain parts of the movie. They can force directors to rewrite lines. The Defense even developed a whole new character just to show the army in a positive light.

Aside from Captain Marvel, Captain America and Iron Man have been shot on military bases. Along with the lending of location bases, the military provides military personnel as extras and gives technical advice for the movies. Investigate journalists from the US found exclusive documents which show the link between Hollywood, military and intelligence agencies on many movies and shows.

Our ultimate fave Marvel movie Black Panther is not free from this sinister influence. In Black Panther Central Intelligence Agency (CIA) agent Mike Ross become the first white foreigner allowed in Wakanda. He also somehow helps the people of Wakanda to save their kingdom. In an African context and around the world, the CIA are renowned for carrying out shadowy US self-serving political agendas.

From Nelson Mandela’s arrest in 1962 to the assassination of Patrice Lumumba, the hand of the CIA can be found everywhere. This inclusion of Ross shows an interesting – dare we say – move.

Pop culture doesn’t occupy a vacuum separate from politics. It would be unrealistic to expect that. However, when a franchise is sold as about the fight between good and evil, and as feminist some has got to give. Feminism which hangs on the idea that white women are the of all women is dangerous and has no place in feminism. that supports the US army is even more dangerous.

Speaking to LA Mag, Dr. Elizabeth Mesok, an expert on gender and militarism and a senior researcher at the Swisspeace peace research institute said: If we’re going to talk about women’s equality and women’s empowerment but we’re going to divorce it from a conversation about the rights of Afghan women and the safety and security and wellbeing Iraqi women or women in Yemen, then that’s not a conversation that I think is politically fulfilling.”

In supporting the US Army, Marvel Studios and the movies it produces supports the destructive and imperialist project of the US government. This in all likelihood means the money audiences pays to watch the movies, pay the merchandise and generally support Marvel is going directly to the US Department of Defense. That is a terrifying thought and audiences need to be aware of that.