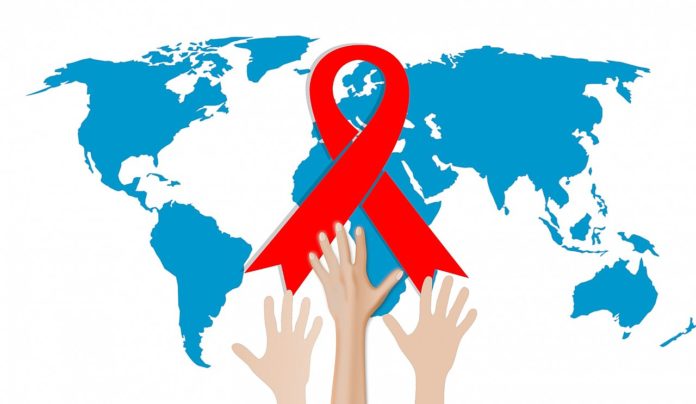 What is HIV and AIDS?

There is currently no effective cure. Once people get HIV, they have it for life. But with proper medical care, HIV can be controlled. People with HIV who get effective HIV treatment can live long, healthy lives and protect their partners. AIDS is the late stage of HIV infection that occurs when the body’s immune system is badly damaged because of the virus.

What is World AIDS Day?

Founded in 1988, World AIDS Day has taken place on December 1 each year since that year. It’s an international day dedicated to raising awareness of AIDS. The day is about showing support for people living with HIV. It is also about commemorating those who have died from an AIDS-related illness. World AIDS Day was the first ever global health day.

Why is World AIDS Day important?

South Africa has the biggest HIV epidemic in the world with 7.7 million people living with HIV. Twenty percent of all people living with HIV are in South Africa, and 20% of new HIV infections occur here too. Despite the virus only being identified in 1984, 36.3 million people have died from AIDS-related illnesses. This makes it one of the most destructive pandemics in history.

World AIDS Day is not just about raising awareness of global HIV/AIDS statistics. It is about teaching the public the truth about the virus, how it’s spread, its symptoms and treatments. The day is also a solid reminder that we still need to fight the stigmas attached to an HIV/AIDS diagnosis.

While there is no cure for HIV, it can be treated using a cocktail of medications. These are called antiretroviral therapy (ARVs). South Africa now supports the largest antiretroviral therapy (ART) programme globally. For many years due to political inaction and lack of faith in science, there were no such programmes. However since 2004, the country has offered free ARV treatment to all HIV-positive people. In 2016, then health minister Aaron Motsoaledi, announced the country will offer HIV treatment to all people living with HIV by September 2016.

A new programme is also being rolled out that will see pharmacists holding the required permits to prescribe and initiate HIV medicines. This means people won’t first have to get scripts from doctors or nurses. The programme aims to recruit hard-to-car groups into the medicine programme.

What can I do on World AIDS Day?

The red ribbon is the universal symbol of awareness and support for people living with HIV. Wearing a ribbon is a great way to raise awareness on and during the run up to World AIDS Day.

Knowing your status helps you to make informed decisions that keep you and your partners healthy and infection free. South African public clinics offer free HIV testing and many pharmacies offer HIV testing.

On December 23, 2016 the South African Pharmacy Council (SAPC) officially revoked a regulation that had previously prohibited South African pharmacies from selling HIV self-testing kits. Up until then, local pharmacies weren’t allowed to sell HIV self-testing kits – also known as HIV home test kits – although it was possible to buy them from online retailers. This decision was important for removing some of the stigma people might face when getting tested at a public health facility. However, self-testing does come with its own challenges. There is a need to link self-testing with prevention interventions, support health systems, and improve mental health outcomes.

What if I test positive?

Hearing that you have HIV can be shocking, but people with HIV can live a long and healthy life. Accepting that you are HIV positive can be the first step in getting on with your life. It is important that you start medical care and begin HIV treatment as soon as you are diagnosed with HIV.

If you are not yet ready to share the diagnosis with family or friends, you can speak with a counselor at the testing site. They should also be able to refer you  to a local community health centre, or contact doctors in your area who specialise in HIV.

The Stigma Of Loving Someone Who Died Of AIDS

Use protection every time you have sex, every day of the year.

In South Africa, the National Department of Health distributes a billion free condoms annually. Every batch of these condoms, which are branded as MAX, is subject to stringent manufacturing and packing requirements and testing is conducted against a South African National Standard.

Discrimination stems from fear and ignorance, so share your knowledge. Help to educate those around you in order to build a better understanding of the disease and greater tolerance for those affected. While myths such as HIV being spread through touch aren’t as common any more, there are still many dangerous persisting stigmas that need to tackled.

But what about after World AIDS Day?