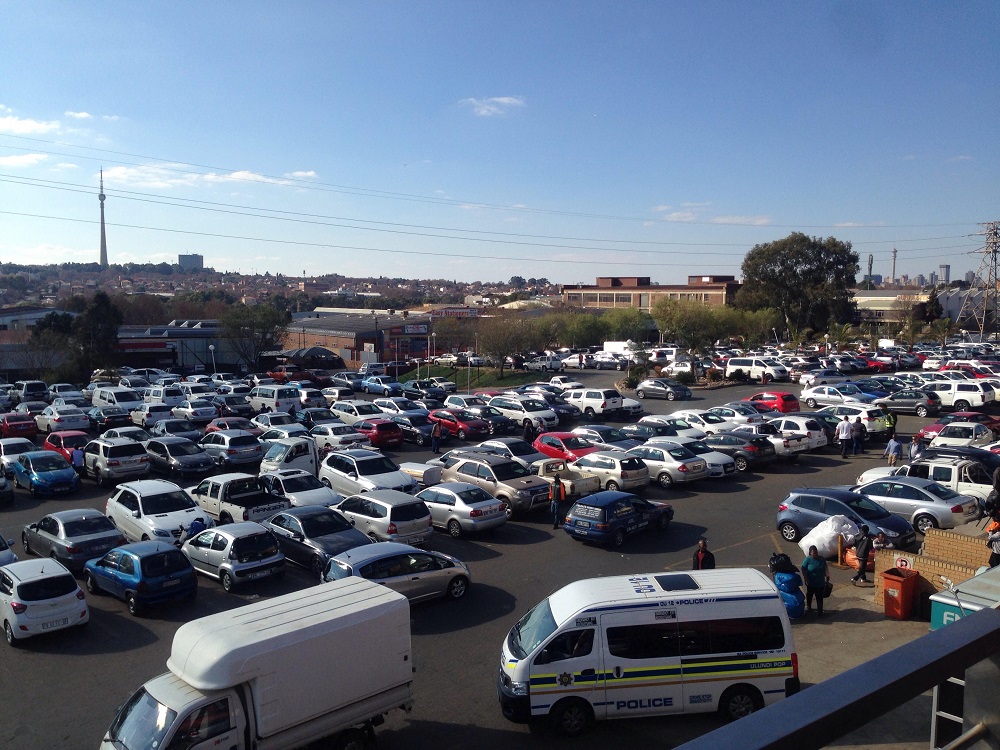 “Some days are better than others, it all depends on people’s kindness. Sometimes it’s really hard to make ends meet but there’s no other option really,” Frank Gikoro tells the Daily Vox as he directs cars in a Durban shopping centre parking lot.

After a scorching hot day of car-guarding, Gikoro, who has been a car guard for the past year says he’s only managed to make R70. Speaking in English with a French accent, he shares his tale of how he ended up in Berea Centre, where he now spends a whole day aligning cars with the hope to make money so that he can pay rent and buy food.

“It’s not an easy job, sometimes people can be very harsh and call you names,” he says.

Berea Centre has recently become one of the busiest malls in Durban, with all the new eateries in the area. Criminals have also found it to be their spot. Cases of mugging, and smash and grab have been reported but with the car guards who work seven days a week, the situation in the vicinity is no longer rife.

Majority of these guards are foreign nationals from various countries who come to South Africa with the hope for a better life, but when things don’t work out, carguarding becomes their only option.

“Some of us are from Burundi, others are from the Democratic Republic of Congo and Uganda. We all have something in common if not two, we left our countries to seek for green pastures but sometimes life is not what it seems,” Mbikayi said.

According to these car guards, when they are looking for a job as a car guard one has to pay a certain fee everyday to rent their spot, with the current fee being R30 daily, except for Sundays.

“We pay money to the management, it doesn’t matter how much you make in a day,” says another car guard who asked not to be named.

Although festive season has already started and people are flocking the centre for their Christmas shopping, this guard says sometimes it’s still tough.

“It’s hard because not all motorists are generous. Some can even give you a R2 but you take it because it’s from their hearts,” he said.

Being a female car guard on North Beach: “It has been 19 years of work but no pay”

The Daily Vox asked one motorist how much they would tip a car guard and he said: “Ten rands, because it can go a long way, but if I don’t have that kind of money, even R5 can still make a difference. But we are not the same, the amount of money I choose to give them might not make sense to someone else. It might be too little or a lot.”

According to a security guard at the centre, Bongani Mkhize, this job is not an easy one but, “These car guards are good at what they do. We have had no problems working with them.”

“The only thing that really breaks my heart is seeing how inhumane they are often treated by some motorists. They do all they can to help them keep their cars safe but they can even drive off without a simple thank you. We have really lost the spirit of ubuntu,” Mkhize said.