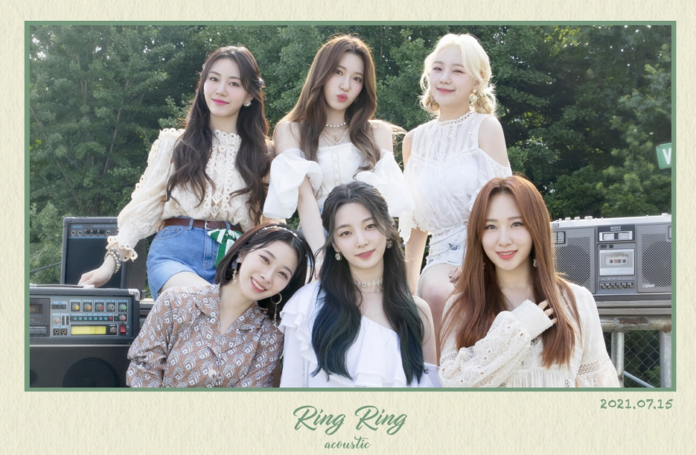 On July 15, Rocket Punch, the six-member K-pop girl group released an acoustic version of their latest song Ring Ring. The song is available as a digital single on various streaming platforms.

The six-member girl group debuted under Woollim Entertainment in 2019. They released the acoustic version of their song to show their charms. Dahyun, Juri, Yunkyoung, Yeonhee, Sohee and Suyun draw attention with their bright and lovely charm in the song. In the teaser images released before the song, the members posed in light summer chic outfits positioned against a natural background.

The acoustic version of the song is a remake song that combines sparkling xylophone sound and EP, acoustic guitar in harmony with shuffling rhythms. Along with the group’s vocals on the acoustic sound, it gives the song a new warmth that differs from the original song. Whereas the original is fast-paced and gives a dance vibe, the acoustic version strips all that back. It’s just the members’ vocals and the instruments coming together beautifully.

The acoustic version was arranged by various members of the music producer team, Stupid Squad.

On May 24, Woollim Entertainment announced that Rocket Punch would be making their Japanese debut. The group released their first Japanese EP Bubble Up! on August 4. Its lead title track was released on July 13. Despite being a rookie group, Rocket Punch have already been nominated for and won an award. In 2020, Rocket Punch won the K-pop Singer Award at the Korean Culture Entertainment Award.

All promotional materials and content provided by Global PR and Marketing Strategy by MJ TONZ. 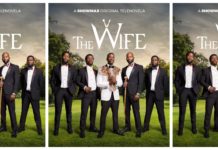 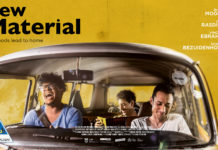