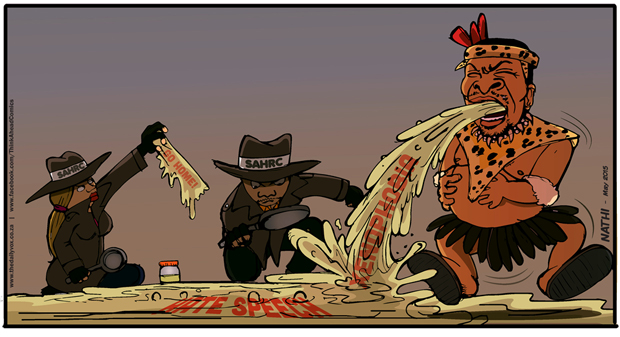 In March this year King Good Zwelethini made comments calling for foreigns to pack their bags and go home. Cue an outbreak of xenophobic violence in KwaZulu-Natal, which swiftly spread to other parts of the country.

The king later claimed that his comments had been misinterpreted, but this didnâ€™t stop a charge of hate speech being laid against him at the South African Human Rights Commission.

The commission announced this week that it will make a preliminary determination on the case by mid-June. The commissioners seem to be taking their time, but we reckon itâ€™s fair enough: the distinction between illegal hate speech and hateful speech â€“ which may not be nice, but is perfectly legal â€“ is one that is often lost, and itâ€™s important that they donâ€™t rush to judgement, or a judgment.