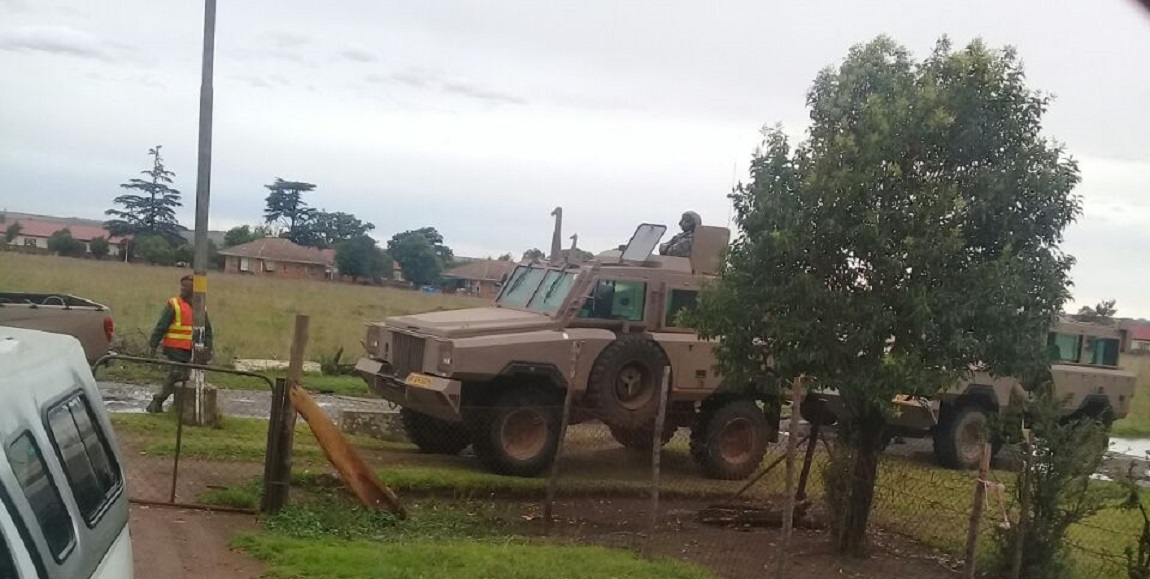 With the residents of Marievale appearing in the Pretoria High Court on Wednesday, 9 May to have their housing rights protected, TIM FISH HODGSON gives us a breakdown of the laws governing the military and housing evictions.

How does the Constitution apply to the military?

Eviction without a court order is unlawful under section 26(3) of the Constitution. According the Constitutional Court, eviction processes must involve prior meaningful engagement with occupiers. Unlawful occupiers must always be treated with “care and concern”. Legislated processes must always be followed, regardless of who the occupiers are and who the landowner is. This includes the need for a court order prior to the eviction.

Because of the importance of a home as a “zone of personal intimacy and family security” too and the “shock” caused by forced removals, the Constitutional Court has made it clear that all evictions are an area in which the state in all its forms (including the military) must tread very carefully:

“Section 26(3) [of the Constitution] evinces special constitutional regard for a person’s place of abode. It acknowledges that a home is more than just a shelter from the elements. It is a zone of personal intimacy and family security. Often it will be the only relatively secure space of privacy and tranquillity in what (for poor people in particular) is a turbulent and hostile world. Forced removal is a shock for any family, the more so for one that has established itself on a site that has become its familiar habitat.”

Forced evictions, which could render those evicted homeless without prior “meaningful engagement”, are also clearly unlawful under international law. As a State Party to the International Covenant on Economic, Social and Cultural Rights, South Africa must ensure “prior to carrying out any evictions… that all feasible alternatives are explored in consultation with the affected persons, with a view to avoiding, or at least minimizing, the need to use force”.

Moreover, the SANDF is itself a constitutionally entity: it is empowered and regulated by the Constitution and has no power to take any action inconsistent with it. The Constitution specifically sets as the SANDF’s “primary object” the obligation “to defend and protect [the] people in accordance with the Constitution”.

Can the military participate in evictions?

Generally, the law allocates no competency to the military in evictions whatsoever regardless of whether such evictions take place on private or public land (including military-owned) land. Without such power, any participation of military in evictions – whether violent or not – is unlawful. The SANDF told the court that all of its actions are merely crime prevention activities. The residents say this is just a “ruse to harass and intimidate the civilian residents of Marievale”.

There are two very limited lawful means by which military officials might acquire the authority to participate in an eviction.

A second way that military officers could acquire the power to participate in an eviction is through military deployment for a targeted, time bound purpose. Military deployment, while permitted by the Defense Act is a matter of last resort. This is precisely because of the risk of abuse of military power by the executive and the intimidating stature of the military. According the Constitution, only the President, as Commander in Chief of the army, may authorise the deployment of the defense force. When the president does sign off on such a deployment, they must report to Parliament almost immediately on where, why, and how many soldiers have been so deployed and for how long they will be deployed. The Defense Act requires the President to give such notice within 24 hours of the commencement of such a deployment.

Some relevant international law principles and practices relating to the military

As a general matter, in terms of international law, it does not align with good practice for military forces to perform what are by the nature law enforcement activities ordinarily performed by the police. This is the case too in terms of South African law. For example, the UN Human Rights Council has recently stressed “the importance of adequate training for officials exercising law enforcement duties assigned to deal with public protests, and of refraining, to the extent feasible, from assigning military personnel to perform such duties.”

Moreover, under international human rights law, the conduct of the SANDF engages the responsibility of the State, and human rights violations committed by the SANDF are attributed to the State. This is also true in terms of the South African Constitution in terms of which the SANDF is an “organ of state” which is obliged to “respect, protect, promote and fulfill” all rights in the Bill of Rights.

Tim Fish Hodgson is a Legal Adviser for the International Commission of Jurists based in Johannesburg, South Africa. He tweets from @TimFish42.