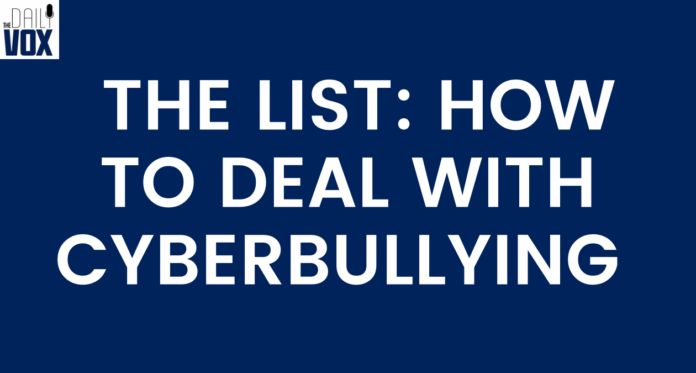 The most important thing is knowing how to deal with it. Here are seven ways to deal with cyberbullying if you’re being targeted.

Don’t respond to and forward cyberbullying messages. It will only make the situation worse. Responding to or posting something humiliating in revenge can make matters worse. It could even land the victim in trouble.

It is important to document the behaviour so it can be addressed. Keep evidence of cyberbullying. Record the dates, times, and descriptions of instances when cyberbullying has occurred. Save and print screenshots. Use this evidence to report cyberbullying.

If there is a physical threat, report the matter to the police.

Most online platforms have this function. Make sure you block and report the offending users to the appropriate social media platform.

Cyberbullying can affect you in many different ways. You are not alone. Talking to somebody about bullying helps you seek support. It is also a way to document evidence and will take a huge weight from your shoulders.

We all need to take action to stop school bullying

Keep your social media privacy settings high and do not connect with anybody who you do not know offline. People may not always be who they say they are and you could be putting yourself and those that you care about the most at risk.

You might find it helpful to come off the platform where it is happening for a short period of time. Cyberbullying is not something that only happens to young people or children. Remember anyone can be susceptible to cyberbullying especially if they are from a minority group.

South Africa has no legislation specific to cyberbullying, however this does not mean that there are no consequences for cyberbullying. According to LegalWise, victims can rely on other criminal and/or civil law remedies, such as obtaining a protection order. They can also report a crime incidental to cyberbullying, for example:

Crimen injuria: this refers to where the dignity of the victim is injured, for example, if a child is being teased and humiliated by using improper or racially offensive language.

Sexual exploitation and grooming: this refers to threatening someone to obtain something from him/her, such as pornographic images.

Criminal defamation: this refers to the intentional and unlawful publication of a matter concerning another person which damages his/her reputation, for example, posting lies about someone on social media for everyone to see.

If you wish to speak to someone confidentially, call these numbers:

The Department of Justice and Constitutional Development 012 315 1111